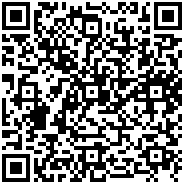 The Renin-Angiotensin System (RAS) is one of the most essential systems to maintenance blood pressure and body fluid volume and regulate kidney function. Angiotensin (Ang) 1-7 antagonizes both vascular and tubular actions of Ang II and exerts its vasodilatory, natriuretic, and diuretic effects by activating the Mas Receptor (MASR). In animal models of hypertension such as two-kidney-one-clip hypertensive (2K1C), Ang 1-7 was found to prevent the development of hypertension.

Estrogen is an important known hormone in the regulation of RAS components, and Intratubular Ang converting enzyme 2 (ACE2)/Ang 1-7/MASR axis contributes to protecting female rats from hypertension [1]. In addition MASR was reduced in both kidneys of hypertensive rats [2]. As pilot study, the investigated the role of MasR antagonist (A779) on renal function in normotensive and 2K1C rats with or without estradiol therapy. A total of 32 female 7-9 weeks Wister rats underwent ovariectomy and were divided into eight groups based on inducing 2K1C and 4 weeks of estrogen therapy (500 μg/kg/weekly, IM); Non-2K1C ovariectomized rats, Non-2K1C ovariectomized rats treated with estradiol, 2K1C ovariectomized rats, and 2K1C ovariectomized rats treated with estradiol. Four weeks later, the rats were anesthetized (Urethane, 1.7 g/kg-1 I.p; Merck, Germany), and the trachea was annulated to facilitate spontaneous breathing [3]. Polyethylene catheters (PE 9658, Micro tube Extrusions, North Rocks NSW, Australia) were inserted into the jugular vein, carotid, and femoral arteries for drug infusion, Mean Arterial Pressure (MAP), and Renal Perfusion Pressure (RPP) measurement, respectively. A catheter was placed in the bladder to collect urine [4]. The allowed 30 minutes for the equilibration period, and each group was divided into two subgroups and treated with A779 or its vehicle. A779 (Bachem Bioscience Inc., King of Prussia, PA, USA) was injected by a bolus dose (50 μg/kg) followed by a continuous infusion of 50 μg/kg/h or its vehicle (0.9% saline) in equal volume for 30 minutes [5]. Finally, rats were killed by an overdose of anesthesia after the blood and urine samples had been taken, and the kidneys and uterus were removed and weighed. No significant differences in RPP were detected in the base and 30 minutes post A779 administration in each group. However, in both normotensive and hypertensive rats, Creatinine Clearance (CrCl), and Urine Flow (UF) decreased after the administration of A779 [6].

In the isolated kidney of normotensive rats, Ang 1-7 stimulates diuresis and natriuresis, and chronic infusion of A779 increases diuresis and sodium excretion in normotensive and hypertensive (SHR) rats. It was showed that Ang 1-7 augmented urinary flow and sodium excretion, which was eliminated by A779. Also in ovariectomized rats treated with estradiol, the MASR blockade reduces the renal blood flow response to Ang 1-7 compared to nontreated rats. Collectively, the MASR agonist might be applied as a new pharmacological agent to increases urine flow and creatinine clearance in normotensive and hypertensive subjected with and without estradiol therapy.