Repeated Cardioplegic Arrest of a Donor Allograft during an Adult Orthotopic Heart Transplant-What Can We Learn? 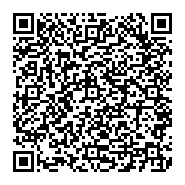 The first heart transplant (OHT) was performed in 1967 at Groote Shuur Hospital in Cape Town, South Africa by Dr. Christiaan Barnard. It remains the only definitive therapy for advanced heart failure today. One of the possible complications is primary graft failure (PGF), defined as severe ventricular dysfunction immediately after transplantation not caused by rejection or infection. PGF is the leading cause of death at 1 and 5 years after OHT. We present the case of a 57 year old man with end-stage chronic systolic heart failure and ischemic cardiomyopathy with a left ventricular assist device in place who underwent OHT. After reperfusion of the donor heart, a 1 cm tear in the donor aorta was discovered that required re-clamping of the aorta to repair. Repeated, antegrade, cold cardioplegia was given to the donor heart, inducing a second episode of cardiac arrest for an additional 14 min. We demonstrate a rarely-utilized technique to protect a donor graft from ischemic injury and reduce the risk of PGF and potentially the need for further postoperative extracorporeal membrane oxygenation (ECMO). Our approach only required standard cardiopulmonary bypass technology which could be a viable option in hospitals where ECMO is limited or not available.

The first heart transplant was performed in 1967 at Groote Shuur Hospital in Cape Town, South Africa, by Dr. Christiaan Barnard. It remains the only definitive therapy for advanced heart failure today. In 2014, 4,157 adult heart transplants were performed in the United States. It is a high risk procedure where perioperative mortality could be as high as 40%. Causes of perioperative mortality include infection, hemorrhage, rejection and multi-organ failure, and primary graft failure (PGF). Primary graft failure is defined as severe ventricular dysfunction immediately after transplantation that is not caused by rejection or infection. PGF is the leading cause of death within the first 30 days. PGF may require advanced post-operative support including extracorporeal membrane oxygenation (ECMO) to temporarily support a failing graft until function improves. One of the most important contributing factors to PGF is longer ischemic time, leading to ischemic injury of the donor allograft. This case report details a resource-efficient method of preventing PGF by inducing repeated, cardioplegic arrest after initial reperfusion of a donor heart during orthotopic heart transplantation (OHT).

A 57 year old man with end-stage chronic systolic heart failure and ischemic cardiomyopathy with left ventricular assist device (LVAD) placed in 2012, was admitted from home for OHT. His medical history includes coronary artery bypass grafting in 2002, diabetes mellitus, obstructive sleep apnea and mild pulmonary hypertension (PAH). The donor cause of death was a motor vehicle crash, and the allograft was accepted after an unremarkable workup. The preoperative donor echocardiogram demonstrated normal graft anatomy and a left ventricular ejection fraction (LVEF) of 70% [1].

General anesthesia was induced for repeat sternotomy. Cardiopulmonary bypass (CPB) via femoral cannulation was initiated due to suspected LVAD outflow graft injury. During this time, blood loss necessitated the transfusion of multiple units of red blood cells and fresh frozen plasma. The recipient cardiectomy was completed with LVAD explant; the donor graft was anastamosed. The aortic cross-clamp was removed, and reperfusion of the donor heart commenced with spontaneous conversion to a sinus bradycardia. After 55 min of reperfusion, a 1 cm tear in the donor aorta was discovered that required re-clamping of the aorta to repair. Repeated, antegrade, cold cardioplegia was given to the donor heart, inducing a second episode of cardiac arrest for an additional 14 min. When the repair was complete, the aortic clamp was then removed and reperfusion begun for a second time for 40 min. Total graft ischemic time was 217 min [2].

The patient was separated from CPB with an isoproterenol infusion and subsequently required norepinephrine and epinephrine infusions as well. The intraoperative transesophageal echocardiogram (TEE) demonstrated preserved left and failing right ventricular function, consistent with PA systolic pressure of 60 mm Hg. Improvement of RV function was achieved with the addition of inhaled nitric oxide at 60 ppm. No mechanical circulatory support was utilized. After correction of coagulopathy, the surgery was completed and the patient was transported to the intensive care unit (ICU) in critical condition.

The patient required a 2 week course in the ICU with inotropic and vasopressor support, and initiation of renal replacement therapy. By post-operative day 30, the RV function had improved and the LV function remained normal with an EF of 60%. He was discharged to a long-term acute care facility. After 2 months, he was discharged home. The cardiac biopsies demonstrated no evidence of rejection at 2 weeks, 1 month, 3 months and 6 months post-operatively.

Every effort must be made to maximize protection of the donor graft during OHT in order to preserve donor graft function. The detrimental effect of PGF [3-7] leads to 31-42% of deaths in the first 30 days [8]. It is also the leading cause of death in 1 and 5 year mortality [3]. The incidence of PGF that also requires mechanical circulatory support after heart transplant is 10-23% [7,9]. Though use of ECMO [7,10-12] as advanced post-operative support is increasing, it is not without cost [3,13,14]. These patients also have an increased 1 year mortality rate of 62%, as compared to 22% in patients without PGF [6,15].

As a method of supportive care for PGF, ECMO is not available at every institution that performs cardiac surgery. While it is commonplace in North America, Europe and Asia, it is limited in Africa to Egypt and South Africa [16]. Heart transplant and ECMO are offered at several centers including Groote Schuur and Christiaan Barnard Memorial Hospitals in Cape Town, Milpark in Johannesburg, and Ethekwini Hospital in Durban [17]. However, cardiac surgery is performed in numerous African countries including Kenya, Sudan, Ghana, Nigeria, Senegal and Cameroon [18] with no ECMO access on routine basis.

The cardiac surgery programs in the aforementioned countries represent an extreme example of resource-need mismatch, which remains a multifactorial problem. For example, Nigeria, with a population of 160 million, has only 35 cardiothoracic surgeons [19]. These programs continue to provide cardiac surgery despite shortages of surgeons, ICU beds, ventilators, TEE, and cardiac catheterization [19]. With limited governmental funding, the high cost of cardiac surgery becomes even more prohibitive [18]. In such settings of extremely limited resources, it is imperative to provide the most efficient care.

This case is notable for several reasons. First, it demonstrates a rarely-utilized technique to protect a donor graft from ischemic injury. In our review, only one other instance of repeated cardiac arrest during a heart transplant was reported [20]. This reduced the risk of PGF and also of possible post-operative ECMO in a complex transplantation. Thus, the associated increased risk of mortality was avoided. Second, the technique of graft protection demonstrated in this case only required standard CPB technology, and could be considered as a viable method in hospitals where ECMO is limited or not available.

As a case report, it obviously lacks the power of a larger study and further research is needed to determine the morbidity and mortality rates within a larger patient group. However, we hope it supports the continued development of innovations applicable to low-resource settings.