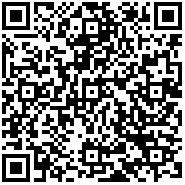 Extraction is a separation procedure in chemistry that involves the separation of a material from a matrix. Extractions using liquid-liquid and solid-phase methods are two examples. Partition theory describes the equilibrium state of a solute distribution between two phases. This is due to the precise manner in which the analyte travels from the original solvent to the extraction solvent. An extraction in which contaminants are removed from the solvent containing the target chemical is often referred to as washing.

The most basic extractor equipment has only one stage and performs the operation in two phases. The feed is mixed with the solvent in the first stage to generate a large surface area that allows for high mass transfer rates. When the thermodynamic equilibrium between the two phases is attained, the mass transfer stops. Equilibrium is defined by both phases having the same temperature, pressure and chemical potentials. The two stages are permitted to split in the second step. Finally, after decanting, the raffinate and extract are obtained.

Consider how a carboxylic acid and a phenol react with the bicarbonate ion. Bicarbonate ion's conjugate acid has a higher pKa than carboxylic acid. As a result, the reaction progresses to products. The reaction of a phenol, on the other hand, favours the reactants since phenol's pKa is higher than that of carbonic acid. Reactions between acids and bases favour the side with the weaker acid (that is, they favour the side with the larger pKa). In the presence of phenol, extracting a combination of these two compounds with bicarbonate results in the ionisation and extraction of a carboxylic acid, thereby separating the two compounds.

Neither the bicarbonate ion nor the hydroxide ion in hydrochloric acid will react with a neutral substance. Because a neutral compound lacks protons that are both acidic enough to be eliminated by these bases and basic enough to receive protons from a strong acid, it is called a neutral compound. As a result, regardless of whatever base or acid is used, such a chemical will stay dissolved in the organic layer.