Role of Antioxidants on Cancer and Neurodegenerative Disorders

ABSTRACT Antioxidants are the substances which protects cells from damage caused by unstable molecules known as free radicals. Free radical damage may lead to cancer and many neurodegenerative disorders. Reactive oxygen species (ROS) over production will results in oxidative stress which can leads to neuronal damage and results in cancer and Neurodegenerative. An antioxidant defence mechanism involves removal of this reactive oxygen, nitrogen species and their precursors thereby inhibit formation of ROS. Scientific research confirms that free radicals have a major role in the development of cancer, heart disease, cataracts, aging and impairment of the immune system. Nutritional antioxidants might exert some protective activity on Alzimers Disease, Parkinson Disease. This review explains that how might antioxidants help in preventing cancer along with prospective study of antioxidants their mechanism and role in cancer therapy and the biochemical process by which antioxidants can prevent neuronal death occurring in neurodegenerative disorders.

An antioxidant is any substance which is capable of preventing the oxidation of other molecule [1-3]. In biological system they protect cells from damage that is caused by unstable molecules known as free radicals [4-6]. Antioxidants interrupt the chain reactions by removing intermediates of free radical, and inhibit other oxidation reactions by being oxidizing themselves. They help in preventing the growth of many chronic diseases. Antioxidants are emerging as prophylactic and therapeutic agents [7-10].

Antioxidants have natural activity of preventing neuronal loss and damage caused due to oxidative stress. Many antioxidants have been observed to cross the blood-brain-barrier (BBB) and have neuroprotective effect in humans as well as in animal models. But the main drawback of antioxidants is their low biological half-life and low bioavailability at the sites reactive oxygen and nitrogen species generation [11-14]. Antioxidants are the substances whose presence in low concentrations inhibits the rate of oxidation significantly.

A process called oxidation causes damage of important molecules in the body and can result in harmful processes like neuronal damage and carcinogenesis [15-18]. Oxidation is a natural process that occurs any time a when substance combines with oxygen. Antioxidants are chemicals that block this process. Scientific research now confirms that free radicals results in the development of cancer, heart disease, cataracts and impairment of the immune system. The use of antioxidants as an adjunct alternative cancer therapy is an area of intense research [19-21].

Cancer is characterized by a population of cells that grow and divide without respect to normal limits they invade and destroy adjacent tissues and have ability to spread to distant anatomic sites through a process called metastasis. Cancer may affect people of all ages. Cancer causes about 13% of all deaths. Many forms of cancer are thought to be the results between free radicals and DNA which leads to adverse effects on the cell cycle and thereby leading to malignancy [22-27].

Antioxidants in the appropriate doses showed that they had relatively good impact in making the tumors more responsive towards the chemotherapy and radiological therapy. They have the ability to inhibit the growth of tumor selectively without affecting the process of normal cells [28-32]. Hence antioxidants have the ability to protect against the toxicity caused due to chemotherapy by inhibiting cell proliferation also antioxidants are proven to have a beneficial role in reducing extraneous oxidative damage, thereby reducing the problems involved in production of ROS and neurodegenerative disorders [33-38].

A free radical is any chemical substance that has one or more unpaired electrons. Unpaired electrons alter chemical reactivity of an atom or molecule and making it more reactive than the resulting non radical because they act as electron acceptors and essentially accepts electrons from other molecules [39-44]. This loss of electrons is called oxidation, and free radicals are referred to as oxidizing agents because they allow other molecules to donate their electrons (Figure 1). 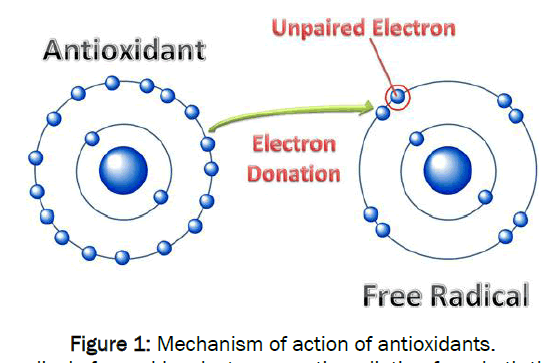 Figure 1: Mechanism of action of antioxidants.

We are exposed to free radicals formed by electromagnetic radiation from both the environment, and man-created by internal biological metabolism. The most common cellular free radicals are hydroxyl radical (OH•), nitric oxide (NO•) and superoxide radical (O2•) [45-48].

Natural dietary antioxidants are Vitamin A, C, and E, carotenoids, flavonoids, and polyphenols. Ascorbate is well distributed and has good bioavailability; tocopherol incorporates into lipoproteins in liver. Tocopherol is an essential chain-breaking antioxidant that inhibits lipid peroxidation [49-53]. Ascorbate plays vital role in scavenging many reactive species like O2•−, OH • and lipid hydro peroxides and can prevents catecholamine from formation of ROS. Carotenoids can help in scavenging ROS and Free radically in a very potential manner, but there is still little evidence that they contribute significantly to the antioxidant defence system in the nervous system [54-60].

Flavonoids can prevent injury caused by ROS in many ways. One is the scavenging of free radicals directly. Flavonoids get oxidized by free radicals and gives rise to a stable unreactive free radical as shown in below equation [61-63].

There are many useful health benefits of tea because of its antioxidant effects on ROS, Green tea especially showed patterns of tumour regression. Red wine also contains an antioxidant resveratrol which helps in inhibiting progression of cancer [64-66]. The antioxidant treatment will help in reducing the serum levels of TNF and IL-6 which are triggering agents of cancer. Vitamin E reduces the growth of breast and colorectal cancer cells by programmed cell death (apoptosis) [67-68]. Antioxidants are available abundantly in vegetables and fruits, also in other foods like nuts, and some- grains, meats, fish and poultry [69-72].

Some of the important antioxidants used in cancer and neurodegenerative disorders along with doses are list below:

The study of antioxidants use in cancer treatment is a rapidly evolving area. The importance of antioxidants is underlined by a recent study that estimates 23% of cancer patients take antioxidants and there is a possibility that diets that are rich in antioxidants can reduce the incidence of cancer [73-80]. Potential antioxidant therapy involves natural antioxidant enzymes where antioxidants use may be beneficial in preventing the incidents of chronic processes such as carcinogenesis and atherosclerosis. Further controlled clinical trials of antioxidants are required to establish their efficacy [81-88]. Hence these studies and review show that a there will be gradual reduction in adverse effects caused due to chemotherapy when done along with antioxidants therapy. Since Oxidative Stress has been considered as main reason of neurological, especially neurodegenerative diseases and carcinogenesis [89-93]. Antioxidants have been experimented and trails went on for their effective use as therapeutic agents. Most of the papers hereby reviewed and checked the potency and efficiency of antioxidants in the treating neurodegenerative diseases and cancer therapy [94-100].