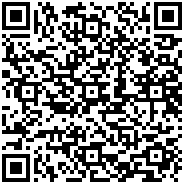 A series of metabolic illnesses collectively referred to as diabetes, or diabetes mellitus, are characterized by persistently elevated blood sugar levels (hyperglycaemia). Symptoms frequently include increased thirst and hunger as well as frequent urination. Diabetes can lead to numerous health issues if it is not addressed. Acute complications can result in hyperosmolar hyperglycaemia, diabetic ketoacidosis, or even death. Chronic renal disease, foot ulcers, damage to the nerves, damage to the eyes, and cognitive impairment are only a few of the serious long-term effects.

Due to the loss of beta cells, type 1 diabetes develops when the pancreas is unable to produce enough insulin. Insulin-dependent diabetes mellitus or juvenile diabetes was the prior names for this kind. An autoimmune reaction results in the death of beta cells. It is uncertain what caused this autoimmune reaction. Type 1 diabetes can occur in adults, however it typically manifests in childhood or adolescence. The risk of type 1 diabetes is known to be influenced by a number of genes, including specific HLA genotypes. One or more environmental variables, such as a viral infection or nutrition, can cause diabetes to develop in individuals who are genetically predisposed to the disease. Although other viruses have been mentioned, there isn't enough concrete data to back up this theory in humans at this time. Gliadin, a protein found in gluten, may contribute to the onset of type 1 diabetes through dietary variables; however the exact process is unknown.

Insulin resistance, a disease in which cells do not react to insulin as it should, is the precursor to type 2 diabetes. A shortage of insulin may also develop as the condition worsens. Previously, this type was referred to as "adult-onset diabetes" or "non-insulin-dependent diabetes mellitus." Type 2 diabetes is more common in older people, but it has increased the occurrence in younger people due to a significant rise in childhood obesity rates. The most prevalent reason is when an excessive amount of body weight is combined with insufficient movement. The main causes of type 2 diabetes are genetics and lifestyle choices. Type 2 diabetes is known to be influenced by a number of lifestyle factors, including obesity (defined as a body mass index of greater than 30), inactivity, malnutrition, stress, and urbanization. 30% cases in people of Chinese and Japanese ancestry, 60%–80% cases in people of European and African ancestry, and 100% of cases in Pima Indians and Pacific Islanders are linked to excess body fat. A high waist-hip ratio can exist in people of any weight.

Long-term consequences are more likely in all types of diabetes. These often appear after several years (10–20); however they could be the initial symptom in those who haven't previously been diagnosed.

The main long-term issues are related to blood vessel damage. Cardiovascular disease is two times more likely in those with diabetes, and coronary artery disease accounts for around 75% of their fatalities. Stroke and peripheral artery disease are two more macro vascular disorders. The major organs affected by diabetes are eyes, kidneys and nerves. Damage to the blood vessels in the retina of the eye, or diabetic retinopathy, results in eye damage that can lead to progressive vision loss and eventually blindness. Additionally, diabetes raises the chance of developing cataracts, glaucoma, and other eye diseases. People with diabetes are advised to consult an ophthalmologist once a year. Diabetic nephropathy or harm to the kidneys can cause tissue scarring, protein loss in the urine, and finally chronic kidney disease, which may call for dialysis or kidney transplantation. The most frequent side effect of diabetes is diabetic neuropathy, which causes harm to the body's nerves.

While diabetes can occur everywhere in the world, it is more prevalent (particularly type 2) in more industrialized nations. However, low- and middle-income nations, where more than 80% of diabetic deaths occur, have witnessed the largest rate increases. In 2030, the majority of persons with diabetes are likely to reside in Asia and Africa, where the prevalence is predicted to rise at the quickest rate. The trend of urbanization, sedentary lifestyles, fewer physically demanding jobs, and the global nutrition transition, which is characterized by increased consumption of foods that are high in energy but low in nutrients, are all contributing factors to the rise in rates in emerging nations (often high in sugar and saturated fats, sometimes referred to as the "Western-style" diet).