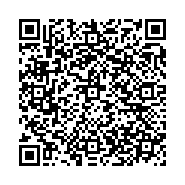 Bioreducible linkage has been increasingly used in drug and gene delivery system for conjugation, stabilization and promotion of biodegradation and redox triggered cargo release [1-3]. While disulfide bond is the most widely used, other bioreducible chemical linkages have also been reported. Many bioreducible drug delivery systems (BRDDSs) have been designed under the assumption that the reducible linkage are stable in extracellular environment and only reduced inside the cells due to the naturally occurring difference between the extra and intracellular redox environments. Concentrations of reducing agents in the intracellular (2-20 μM) and extracellular environment (1-10 mM) found in the literature [4] are usually cited without careful measurement of the redox state in specific biological milieu or cell types that are under investigation. It is only recently that the stability of the BRDDS in various biological environments has received more scrutiny. This is partly because success is often hastily declared when positive outcomes (e.g. enhanced gene transfer or killing of cancer cells) are achieved with the use of reducible linkage while the detailed mechanisms remain elusive.

Early evidence of disulfide reduction in extracellular environment came from the study of immunotoxin stability in the blood circulation in the 80’s and 90’s [5-7]. Designed as targeted anti-tumor agents, these immunotoxins were prepared by linking monoclonal antibodies which recognize tumor surface antigens with a cytotoxin through a disulfide bond [5,6]. It was found that immunotoxins prepared using an unhindered disulfide bond were not as stable as it was thought in the circulation with a half-life of only ~8 h [5,6]. These observations should raise concerns for BRDDS stability in other more reducing extracellular environment.

In addition to antibody-drug conjugates (ADC), reducible linkage has also been widely used in nucleic acid delivery systems (NDS) [1]. Evidence of extracellular reduction of disulfide bond in NDS has emerged much later, partly because it is more challenging to study the fate of reducible linkage in a complex of macromolecules which usually constitute NDS. Our group was among the first to report the mechanistic details of extracellular reduction of disulfide bond in PEG-polylysine based DNA nanoparticles (DNA NPs) in cancer cell cultures [8]. We found that replacing a non-reducible thioether bond with a disulfide bond resulted in markedly enhanced gene transfer as well as cellular uptake, indicating an extracellular mechanism. This extracellular mechanism could be blocked by the cell impermeable disulfide compound, 5,5’-dithiobis (2-nitrobenzoic acid) (DTNB), indicating it was thiol related. Careful measurement of conditioned media showed secreted thiols could reach as high as 180 μM in HeLa cells which resulted in extracellular dePEGylation and aggregation of the DNA NPs within an hour. More recently, Brülisauer et al. obtained quantitative information of the location and kinetics of bioreduction in vitro [9]. A dynamic disulfide-containing probe was used which consists of a PAMAM dendrimer grafted with the boron dipyrromethene (BODIPY) fluorophores through an unhindered disulfide bond. Release of conjugated BODIPY by bioreduction dequenched its fluorescence, thus enabling quantitative analysis. More interestingly, a dynamic partitioning which arose from pH-dependent equilibration of the hydrophobic BODIPY between the hydrophilic surface of the dendrimer and its hydrophobic core was observed and used to simultaneously study the bioreduction of solvent exposed and buried disulfide bonds. They found that bioreduction of this dynamic probe occurred to a large extent (if not entirely) in the extracellular space. Cell surface redox enzymes were strongly indicated in this process. In addition, they showed that when DNA was complexed with the dendrimer probe, interactions of disulfide bonds with cell surface proteins were shielded and extracellular small molecule reductants became the major bioreducing agent. These findings strongly suggest that bioreduction of BRDDS is not a selectively intracellular process.

Strategies to stabilize disulfide bond also first came from the development of ADC. They largely rely on introducing steric hindrance to the carbons adjacent the disulfide bond. By adding increasing numbers of methyl groups, 4 orders of magnitude increase of stability of the disulfide in an ADC has been achieved [10]. It was found that the conjugate with intermediate disulfide bond stability displayed the best efficacy. The same strategy has also been applied recently to stabilize the disulfide bonds in the polymer backbone of a poly(amido amine)s based NDS [11]. Interestingly, it was also the NDS with intermediate disulfide stability that exhibited the best gene transfer efficiency. In addition to methyl group, aromatic ring has also been introduced by using crosslinkers such as 4-succinimidyloxycarbonyl-α-methyl-α(2-pyridyldithio)toluene (SMPT) [5,8].

More recently, Gauthier and co-workers have achieved more sophisticated manipulation of disulfide stability in peptides by combining the steric hindrance strategy with changing the electrostatic microenvironment around the disulfide bond [12]. They found that cationic residues surrounding the disulfide bond accelerated its reduction by creating local accumulation of negatively charged reducing agents such as the thiolate form of glutathione.

In addition to the standard single disulfide bond, twin disulfide bonds have recently been used to stabilize a polymer based reducible NDS [13]. Twin disulfide bonds, using the minimal cysteine-arginine-cysteine (CRC) motif, were first described as an efficient and straightforward method to control disulfide paring in synthetic peptides [14]. In the more recent study, the CRC motifs were introduced to modular polymers synthesized by solid-supported chemistry aiming to develop both sequence- and topologydefined oligomers for gene delivery [13]. Although it is not clear whether this design really benefited from the unique orthogonal disulfide pairing ability of the CRC motifs [14], adding the twin disulfide did stabilize the NDS [13]. This study points to the future direction of using precisely engineered synthetic polymer with defined sequence and structure to develop more efficient NDSs.

Another recently emerged disulfide re-bridging method developed mainly for protein modification is worth mentioning here. By using a bis-sulfone or dithiomaleimide crosslinker, a solvent accessible disulfide bond in a protein or peptide can be cleaved and re-bridged resulting in the attachment of a functional or protecting moiety with minimum perturbation and modification of the protein [15-17]. Interestingly, the thioether bond in the re-bridged conjugate is much more stable than disulfide bond but can be cleaved with high concentrations of reducing agent (1-10 mM GSH) within hours [15,17] which makes it much more labile than the thioether bond in traditional maleimide-thiol adduct [18]. This method has recently been used to prepare structurally precise peptide-drug conjugates that were stable under physiological conditions but efficiently cleaved at tumor relevant GSH levels (10 mM) [17], thus representing a versatile approach for the development of anti-tumor BRDDS.

While the stabilization of the reducible linkage can prevent premature bioreduction, the ultimate goal is target triggered cargo release. This not only highlights the importance of fine-tuning the stability of the reducible linkage, but also requires detailed knowledge of the redox environment throughout the delivery route. For a comprehensive discussion on this topic, the readers are referred to a recent review [7]. Only a few points will be made here. First, ample evidence suggests that both extra and intracellular redox environment can vary greatly among different cell types [7-9]. Thus, careful probing of the redox state for each cell type is highly recommended. Second, in between the extracellular environment and the cytoplasm, the extent of bioreduction in the endocytic environment is even less clear [7]. Although the presence of gamma interferon-induced lysosomal thiol reductase (GILT) has the potential to mediate disulfide exchange [3,7], the acidification in the endocytic compartment tends to slow down this process due to protonation of the reactive thiolate. A simple conclusion is hard to draw from seemingly contradicting reports. It seems that the properties of the BRDDSs, cell types and different endocytic pathways can all affect the fate of reducible linkages in the endocytic environment. Last, the in vivo biological milieu to which the BRDDS will be exposed also needs to be carefully examined. In addition to the abundance of the reducing agents and redox enzymes, pH can also affect the stability of BRDDS. A recent study took advantage of the pH change from the stomach to the intestine and achieved targeted reconversion of a PEGylated prodrug [19]. Solubility of the drug was enhanced by conjugating a PEG through a disulfide bond which remained stable in the stomach due to low pH. Rapid reconversion in the intestine where pH is increased was achieved by a co-administered reducing agent N-acetylcysteine (a safe dietary supplement).

In summary, it is now clear that reducible linkages in BRDDSs are prone to cleavage in all redox compartments. Careful evaluation of the stability of the BRDDS is important to achieve precise and controlled drug release. This includes both rational design of the BRDDS and a close examination of the redox environment. The stability of the reducible linkage can be fine-tuned by manipulating steric hindrance and electrostatic microenvironment around it. What is not mentioned above is that the position and density of the reducible linkage are likely to affect their solvent accessibility and the stability of BRDDS. As for redox environment, cell type differences and the physiological environment in vivo need to be closely examined. These considerations are important not only for BRDDS design, but also for correctly interpreting scientific data. With deepened understanding of the bioreduction process and recently emerged novel tools, BRDDS will be increasingly used as a versatile delivery platform.