Study on the Construction and Mechanism of Landscape-Activated Ecological System

3These two authors contributed equally to this paper 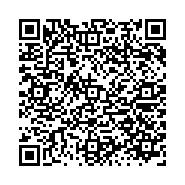 The purpose of this discussion is to complete some mysteries not clarified in the prior study and the most important is to suggest a feasible strategy to construct more promising and ecologically stable and efficient landscape-activated sludge ecological system (LASeM) for scale-up practicability with consideration of environmental friendliness and landscape renovation to neighbouring areas for sustainable development.

Due to some operation disadvantages (e.g., biomass instabilities, low tolerance to shock loadings, high aeration cost) of conventional activated sludge processes, novel ecological alternatives for wastewater treatment (WWT) apparently should be required to be set up for long-term ecologically stable and economically appropriate operation. In this study, a LASeM was intentionally designated specific for stable treatment of rural and residential domestic sewage. The LASeM is an integrative device, which consisted of two plexiglas cuboid containers of total volume of 55 L. From the bottom up, the system could be divided into activated sludge area, ceramsite and plant root area and fresh water area for plant growth. The ceramsites (height is 14 cm) with a diameter of 10-14 mm were placed in the smaller container with some connecting in the bottom with the bigger container. This set-up might be scaled up with inspection on transient characteristics through dimenionless analysis via Buckingham’s Π -theorem. To guarantee stably maintained water quality and ecologically persistent mixed cultures for long-term operation, some fishes (e.g., Cyprinus carpio haematopterus; Zhou et al. [1]) were intentionally chosen to be raised in the chamber of treated wastewater for indicator purpose. The LASeM was subsequently operated for at least 30 d to achieve stable steady-state conditions prior to treatability study. LASeM was then continuously operated for 112 d. Here, this discussion explored the effect of aeration rate (AR) to treatment result of LASeM as well as the variation of structure, abundance and diversity of microbial community in this composite system and also provided comments and suggestions for practical scale-up applications.

As a matter of fact, promising organics removal from LASeM was accomplished by synergistic or symbiotic interactions among contaminant removal of water planted vegetation on ceramsites, physical sorption of fixed filter bed and COD biodegradation by entrapped biofilms and activated sludge. Under AR conditions, all of LASeM removal ratios of CODCr were over 87% as well as the concentrations of effluent are all below 50 mg.L-1. Figure 1 also pointed out that, at AR of ca. 0.1-0.016 m3.h-1, ammonia nitrogen in effluent slightly changed, as removal ratio was 96.7% although the removal ratio of TN increased. When AR was 0.012 m3.h-1, removal ratios of ammonia nitrogen and TN decreased sharply. When AR is 0.016 m3.h-1, removal efficiencies of CODCr, NH4+-N, TN and TP were ca. 96%, 97%, 63% and 74%, respectively (Figure 1). Thus, the most appropriate treatment for simulated domestic wastewater was at AR 0.016 m3.h-1, and the effluent of COD, NH4+-N and TP were 14.3, 1.7 and 0.7 mg.L-1, respectively. Although literature [2] revealed that some novel combination of activated sludge processes with other systems (e.g., fixedbiofilm activated sludge reactor) have been implemented at laboratory and pilot scale for efficient nutrient and organic matter removal, transient dynamics of species evolution in the microbial community from landscape-activated sludge ecological system were still remained unexplored for discussion. Thus, this inevitably led to difficulties for scale-up to process control and system optimization due to uncertainty in experimental reproducibility. Thus, this discussion tended to uncover the diversity and abundance of microbial communities in diverse compartments in LASeM for system analysis. Assessment upon the nutrient removal efficiency and microbial community structure at different ARs was carried out to reveal explanations of operation performance for process optimization, in particular from perspectives of community ecology. Evidently, Burkholderiales were found to be the dominant order, clearly indicating its metabolic flexibility as previously identified in biological wastewater treatment system [3,4]. Rhodocyclales was identified as phosphate accumulating organism which used either nitrate or oxygen as final electron acceptor. Acidimicrobidae belong to the phylum Actinobacteria and Caldilineales associated with the phylum Chloroflexi were detected in the study. In fact, they were a predominate group of bacteria in phosphate removing activated sludge [5]. Pseudomonadales affiliated to Proteobacteria were detected which had also been previously reported as denitrifying bacteria. Nitrosomonadales and Sphingomonadales detected in this study had also been previously reported the main species of ammonia oxidizing bacteria (AOB; [6]). Moreover, the order Planctomycetales affiliated to Planctomycete, detected and identified as denitrifying bacteria which participate anammox activity under anoxic/anaerobic environment [3]. In general, Proteobacteria, Bacteroidetes were the dominant phyla for activated sludge samples, and the Proteobacteria, Bacteroidetes, Planctomycetes and Firmicutes were the dominant phyla for ceramsites biofilm samples which similar to plant roots samples. Thus, we concluded that mixed consortia of nitrifying and denitrifying communities directly dealt with simultaneous nitrification denitrification (SND) in LASeM. As aforementioned for discussion on the efficiency and mechanism, a novel integrative system could be constructed to have better capability of nutrient removal, less land requirement and meanwhile provided landscape-based ecosystem benefits. In particular, LASeM could provide more appropriate alternatives for wastewater treatment in highly populated metropolises to consider quality of life (QOL) and health related QOL (HRQOL).

Regarding novel design of LASeM system, there are some thorough review articles summarizing criteria of ecologically engineered treatment systems [7,8]. However, little is known about transient characteristics of species evolution in LASeM-like system with the conceptual framework of landscaping biotreatment for sustainable development. For removal of different nitrogen species in WWT, of course vegetation (micro to macroflora) in a constructed “natural” LASeM ecosystem should play a crucial role in system function. As intraspecific and interspecific competition of ecosystem generates asymmetric dynamics among various species, these combined interactions generally destabilized coexistence of diverse species for long-term persistence (e.g., die-out of some species in mixed consortia as the most ecologically probable outcome(s); [9]). Thus, strategies of biostimulation with essential nutrients and bioaugmentation of naturally occurring microbial degraders might be sometimes inevitably needed. Furthermore, if species extinction to destabilize system performance of operation cannot be prevented due to Gause's law-competitive exclusion principle (e.g., die out of seed biodegrader- Exiguobacterium sp. in over one year microbial fuel cell-assisted dye decolorization; [10]), strategies of biostimulation and/or bioaugmentation to delay gradual loss of dominant degrader species which would lead to operation failure should be considered not only with environmental but also ecological perspective. Considering system analysis upon “unit operation” of aquaculture subsystem, appropriate level of dissolved oxygen should be stably maintained by intermittent or occasional foaming on coated leaves and submerged plants and well-diffused air sparging via aeration system. In addition, as Peterson and Teal [7] suggested, well-fourished and environmentally-tolerant plant species should be specifically adopted for WWT of constructed LASeM, for example “Azolla (water fern), Lemna sp. (duckweed), Cyperus papyrus (papyrus), Myriophyllum (water-milfoil)”. That was why Cyperus sp. was chosen in the study under consideration of ecological friendliness without introduction of foreign species. Moreover, plant roots provided high surface area for microbial consortia attachment, significantly increasing efficiency of biological WWT. Furthermore, plants present in aquaculture subsystem were also “automatic” odor control to effectively attenuate levels of volatile organic compounds (VOCs) below toxicity threshold for efficient bioremediation of various compartments in LASeM. A well-diffused bubble aeration system in the LASeM also evidently decreased oxygen transfer resistance and increased appropriate mixing conditions for suspended solid maintenance. That is, synergistic interactions of suspended and immobilized biological processes provided conditions to considerably improve the efficiency of conventional WWT [7]. However, to guarantee long-term ecologically stable LASeM treatment, follow-up studies of batch-fed supplementation of essential energy nutrients and augmentation of dominant or keystone degraders might still be unavoidably implemented. In addition, despite stable ecosystem function and environmental conditions sustained in the work at macroscopic scales, some population with less temporal variability might still exhibit a more defined pattern of dominance and succession [8-11]. These phenomena might be strongly affected by material and energy flux and balance in ecosystem as species propagation is of course temperature-sensitive in microscopic perspective. For instance, gradual perturbation in environmental conditions with a “stepwise fashion” under quasi-steady states (QSSs) would very likely result in “steady state multiplicity and hysteresis” in ecosystem (e.g., LASeM or constructed wetland system). In addition, as Briones and Rasmin [8] revealed, system operation in parallel transient evolution of species interactions that promote functional stability usually result from greater functional redundancy and “phenotypic” niche complementation. These all possibly cause long-term stable operation performance of ecosystem with “large fluctuation” in species diversity and abundance as final episode. Therefore, it is suspected that Gause's competitive exclusion principle (species vs. species), Darwin’s survival of the fittest (environment vs. species) and “Red Queen’s” coevolution (host vs. parasite) and so forth may all interact with each other among all biotic components and abiotic factors to control operation performance and stability in a long-run [8,12,13].

In summary, the novelty of this aerated LASeM system was to decipher self-sustaining characteristics of species diversity in evolution on activated sludge and ceramsite biofilm for stable maintenance of the ecosystem via several ecological indices (e.g., operational taxonomic units (OTUs), various diversity indices [14,15]). Although this study uncovered how and why dominant phyla in different conditions could be resulted, detailed mysteries on transient dynamics to ecologically stable QSSs of such self-sustaining species diversity and abundance upon intraspecific and interspecific interactions of multiple species in constructed LASeM treatment still remained open to be deciphered. In addition, both the functions of natural system components in LASeM and methods to enhance these functions should be disclosed for consideration of system optimization and operation stability of sustainable green WWT.

This study was completed as part of cooperative achievements for Academic Exchange Program between Hua-Qiao University (China) and National I-Lan University (Taiwan) in 2015-2017. This discussion was also part of contributions of Research Project of Taiwan’s Ministry of Science and Technology (MOST 104-2622-E-197-006-CC3; MOST 105-2622-E-197 -012 -CC3; MOST 105- 2221-E-197 -022). The authors also sincerely appreciate comments of signiicance from anonymous reviewers.