Satpathy B1 and Pal NC2* 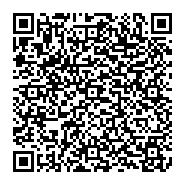 Keeping in view the demand of polymeric material a number of highly cross-linked thermally stable IPNs have been synthesized by condensing glycerol modified soybean oil polyurethanes and Cardanol based dye with amino benzoic acids. Thus, the polymer produced is characterised to know the properties, structure, stability and kinetic parameters like activation energy and order of reactions have been calculated by Freeman Anderson Method. Thermal stability of IPNs was determined by TGA, DSC and WAXRD study

In the 21st Century, bio-based synthetic polymers are a potential substitute for petroleum based polymers. To reduce the consumption of petrochemicals it is essential to synthesize polymers such as polymer networks from natural resources such as cardanol and soybean oil. These plant products are not only cheaper but also easily available in different parts of India. Cardanol is a by-product of cashew industry and soybean is a natural vegetable oil. IPNs synthesis was initiated by Sperling and co-workers who published a number of papers [1-5]. In this article, a comparative study of different IPNs with regard to their thermal behavior from TGA [6-8] and DSC are reported. IPNs have both the characteristics of crystalline and amorphous is known from wide angle x-ray diffraction [9-12] study.

Morphology study (SEM): Morphology of samples has been studied by JOEL scanning electron microscope (SEM) Model JSM 500. For this the fractured samples have been coated with a thin layer of gold- platinum alloy by sputtering to provide conductive surface.

Element detection: IPNs are heated for 30 seconds in different scale count and the percentage of carbon, Nitrogen and oxygen atoms are given in graph.

Test for biodegradability: The environmental resistance of the IPNs samples was carried out using soil burial test.

Preparation of Mixed Ester Polyol (MEP) from Soybean Oil (SO): Refined soybean oil (350 ml) was heated at 250°C in an inert Nitrogen atmosphere taken in three naked flasks fitted with a thermometer reflux condensers and a stirrer. At this temperature litherage (0.168 g) and glycol (80 ml) were added to the reaction mixture with constant stirring. The temperature was maintained at 210°C until one volume of reaction mixture gave a clear solution in same volume methanol. At this stage, the contents were cooled to obtain MEP.

Synthesis of Polyurethane (PU): 1 mole of MEP was added to 1.6 mole of TDI to maintain NCO/OH ratio at 1.6.The reaction was carried out at 75°C with continuous stirring for one hour until a pale yellow colour PU is separated out. The same process was repeated with different NCO/OH ratio (1.2, 1.6, and 2.0) and with other di-isocyanate DPMDI PUs was produced as shown in the feed composition Table 1.

Synthesis of IPNs: The mixture of PU and diazotised cardanol (with different PU/monomer ratio i.e., (75:25, 50:50, 65:35) and solvent (MEK) were taken in small beaker. Then 5 ml of 10% EGDM along with 20 mg of Benzoyl peroxide (BPO) were added to each mixture. The total mixture was stirred for 15 minutes with magnetic stirrer in cold to obtain a homogenous solution. Then, the temperature was raised to 75°C and stirred until a thick solution was formed. Then the viscous mass was poured into a petri dish in hot condition and kept in an oven at 75°C for 24 hour.

The thin film thus obtained was cooled and removed from the petri dish with a sharp blade and sent for characterization to the Central Instrumentation Facility Pondicherry University, Puducherry as shown in schemes 1-4 Soybeanoil (SO): Scheme 2 Same procedure was followed for Polyurathane of Toluene-2,4-diisocyanate with Soybean oil and dye with 3-aminobenzoicacid and Cardanol.

Scheme 3. Same procedure was followed for Polyurathane of Toluene-2,4-diisocyanate with Soybean oil and dye with 3-aminobenzoicacid and Cardanol. This reaction was carried out at 45°C with 1 hr constant stirring. Same procedure was followed for Polyurathane of Toluene-2,4-diisocyanate with Soybean oil and dye with 3-aminobenzoicacid and Cardanol. Analysis of the Sample The presence of component materials in the macromolecules was confirmed by the study of FT-IR spectra if the prepared samples.

From the above Figure 1a-1c correlation with the peak of the authentic compound helps to identify the polymer sample. Thus it is concluded that the polymer sample contains azo based compound which contain –COOH, -OH, -CH2 , -CH3 ,C=O,N=N, -C-O-C stretching of –OCH3 group and benzene rings Thermal stability of the polymer sample (IPN) was determined at a rate of 10°C /min from room temperature to 700°C again is cooled from 700°C to room temperature. The percentage of mass left with the temperature was recorded.

Thermo grams of IPNs Figure 2a-2c depicts four to five steps of decomposition, i.e., from 100°C to 700°C. In step-I dehydration at 170°C, then decarboxylation and demethylation occurs. In step II, degradation of side chain attached to the aromatic nucleus occurs then ring stripping found when maximum weight is lost (450°C) is shown in Table 2.

Kinetics: From TGA the kinetics of the reaction is determined by Freeman Anderson Equation and Activation Energy was calculated in Tables 3-5.

Table 3. The kinetics of the reaction is determined by Freeman Anderson Equation and Activation Energy.

The thermal degradation of polymers is a complex process. Activation Energy and order of the reaction at different temperature range is determined by Freeman- Anderson Method.

Where n= order of reaction

These values are determined from the plot of

In this instrument heat capacity of a sample is measured as the function of differential heat flow rate between the sample and reference material. The instrument directly gives a recording of heat flow rate against temperature.

This is a very good technique to analyses a polymer sample to know the percentage of crystallinity. It is a non-destructive method of characterization of solid polymers. The samples have been scanned in a wide angle X ray goniometer and the scattering intensity is plotted as a function of 2Θ angle (2θ is larger than 5°) as shown in Figure 3 and Table 6. Ac= Area under the crystalline region

Aa= Area under the amorphous region

IPNs are heated for 30 seconds in different scale count and the percentages of Carbon, Nitrogen and Oxygen atoms are given in graphs named Figures 4a, 4b,4c and Table 7a,7b, 7c respectively.

Table 7a. for Element Detection of IPN 27.

Table 7b. for Element Detection of IPN 27. Figure 4a. Element Detection of IPN 27. Figure 4b. Element Detection of IPN 27. IPN 27 is a mixture of amorphous and crystalline substances and has a unique pattern of despacing which is the fingerprint of that sample. It is more crystalline as that PU content is more and it contains 3 elements C, N and O.

From this article author concluded that the Synthetic Polymer so produced is an agricultural product which can be used in place of petroleum based polymer. As the IPNs highly stable at high temperature and mechanically stronger it can be used as adhesives, paints, brake lining, varnishes, Laminations, antioxidants etc.