#Minjun Ji and Do Ho Kim contributed equally to this work. 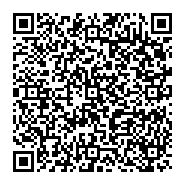 Neuropathic pain is caused by damage or disease in the nervous system. In neuropathic pain, inhibitory GABAergic neurons are destroyed, and excitatory neurons are hyperactivated. In this study, we showed that the novel herbal drug Gamijakyakgamchobuja-tang (KCHO-1) can effectively reduce neuropathic pain. In the spinal nerve ligation (SNL) model, neuropathic pain results from the loss of neurons utilizing γ-aminobutyric acid (GABA) and the generation of reactive oxygen species (ROS) in the injured spinal cord. Treatment of SNL mice with KCHO-1 had an anti-oxidative effect, reducing ROS generation, and also induced the regeneration of GABAergic neurons in injured tissue. These data suggest that KCHO-1 may be a potential therapeutic drug for the treatment of neuropathic pain.

According to the International Association of Pain, neuropathic pain is one of the major types of chronic pain. It can be caused by central nervous system injury, peripheral nerve injury, tumors, or metabolic disorders. Patients in neuropathic pain may experience allodynia, hyperalgesia, dysesthesia, paresthesia, shooting and burning pain, electric shock-like pain, tingling, or numbness [1-8]. Recent therapies for neuropathic pain include ion channel blockers such as anti-convulsant, anti-arrhythmic drugs, and tricyclic anti-depressants, because the pathways from the peripheral nerve to the spinal cord are damaged [9].

The expression of γ-aminobutyric acid (GABA) has been shown to be reduced in animal models of pain compared with healthy animals. GABA, an inhibitory neurotransmitter, is synthesized by the glutamic acid decarboxylases (GADs) GAD65 and GAD67. GABAergic inhibitory interneurons are located in the dorsal horn of the spinal cord and play an important role in the control of pain. Furthermore, loss of function of GABAergic inhibitory interneurons resulted in increasing pain [10-12].

As a result, the balance between excitatory and inhibitory transmission is disrupted, favoring enhanced excitatory transmission and leading to neuropathic pain [13]. In many studies, the relationship between ROS levels and pathological pain has been clearly demonstrated. Increased ROS levels induce pathological pain, and ROS scavengers have anti-hyperalgesic effects in animal models of neuropathic pain, such as the spinal nerve ligation (SNL) and chronic constriction injury (CCI) models [14,15].

Adult C57/BL6 mice weighing 25–30 g (approximately 8 weeks of age) were housed in a controlled environment and provided with standard animal chow and water. The animals were subjected to SNL at L5 using a modification of the protocol described by Kim et al. [19]. Briefly, the animals were anesthetized using Avertin. Their skin, connective tissue, and muscle were incised to expose the L6 lamina and iliac crest.

Then, the L6 transverse process and fascia were removed using microscissors and the L5 spinal nerve was ligated using thread. After surgery, the skin was sutured, and the animals were kept warm and allowed to recover from the anesthesia before being returned to their cages. Beginning 7 days after surgery, the mice were given KCHO-1 (500 mg/kg) orally once a day for 7 days. About 3 h after KCHO-1 was administered, behavior tests were conducted.

The mouse plantar surface was pierced using filament. The interval between stimuli was approximately 30 to 60 sec. The incidence of foot withdrawal was expressed as a percentage of the five applications of each stimulus as a function of force. PWT was defined as the force corresponding to a 50% withdrawal rate, as determined by linear interpolation.

To reduce the effects of pre-existing differences among individuals in mechanical responsiveness, the withdrawal thresholds were also normalized by subtracting the value on the treated (ipsilateral) side from the corresponding value on the contralateral side.

After surgery, the animals develop thermal hyperalgesia. Thermal pain was therefore measured by the Hargreaves test. Briefly, the mice were placed in a plastic cage on the glass table of the Hargreaves apparatus. The temperature of the glass was maintained at 27°C. Each hindpaw was stimulated using a heat source (IITC Model 390 Analgesia Meter, Series 8; Life Science Products, Frederick, CA) from beneath the plantar surface.

The heat was applied for a maximum of 20 sec, and the amount of time until the mouse withdrew its hindpaw was recorded. Thermal stimuli were applied 3–5 times for each hindpaw at approximately 5 min intervals. The hindpaw withdrawal latency time was approximately 15–20 sec in the control mice.

Next, the mixture was transferred to an AccuPower RT PreMix tube and diluted to the appropriate reaction volume with RNase-free distilled water. Synthesis of cDNA was performed at 42°C for 60 min. The RTase was then inactivated at 94°C for 5 min, and reaction mixtures were stored at 4°C.

The tissues were sectioned to 10 μm thick using a microtome (HM525, ThermoFisher Scientific), and attached onto saline coated glass slides, then dried overnight. For immunostaining, the slides were washed with PBS three times for 10 min per wash and incubated in blocking solution (5% normal goat serum, 0.5% Triton-X100 in PBS) for at least 1 h.

Then, the slides were incubated with primary antibody diluted in blocking solution overnight at 4°C. The primary antibodies used were as follows: anti-GABA, anti-GAD65, anti-GAD67, and anti-VGAT. The next day, the slides were washed in PBS three times for 10 min per wash, incubated with the appropriate secondary antibodies diluted in blocking solution for 1 h, and washed again three times with PBS.

For nuclear staining, the slides were incubated with Hoechst stain (Molecular Probes/ThermoFisher Scientific) diluted in blocking solution for 5 min and washed with PBS three times for 5 min. The slides were then mounted, and cover slips were applied. Images were taken using a confocal microscope (Eclipse TE200, Nikon, Tokyo, Japan).

For dihydroethidium (DHE) staining, slides were washed with PBS for 10 min and incubated with 2 μmol DHE solution (Molecular Probes/ThermoFisher Scientific) for 30 min at 37°C. Slides were incubated for 30 min at 4°C to stop the reaction and washed with PBS three times. Next, the slides were stained with Hoechst to label nuclei, then mounted, and cover slips were applied. Images were taken on a confocal microscope (Eclipse TE200).

Expression of the GABAergic neuron-specific genes GAD65, GAD67, and VGAT was reduced in mice that underwent SNL. After treatment with KCHO-1, expression of these genes was increased (Figure 2A).

Similarly, after KCHO-1 treatment of SNL animals, the protein expression of GAD65, GAD67 and VGAT was increased compared with saline-treated SNL mice (Figure 2B).

GABRB2 gene expression was also higher than in saline-treated SNL mice, although this difference was not significant (Figure 2C).

Spinal nerve damage, including pain, induces the expression of ROS such as iNOS, eNOS, nNOS, and COX2 in injured tissue. After SNL, ROS were increased compared with normal tissue, and were reduced by KCHO-1 treatment (Figure 3A). By DHE staining, injured tissue had higher levels of ROS, and KCHO-1 treatment significantly decreased ROS in the injured spinal cord (Figure 3B).

Here, we report that a novel herbal medicine, KCHO-1, has the potential to treat neuropathic pain in the SNL mouse model. This new drug, Gamijakyakgamchobuja-tang (KCHO-1), contains extracts of Curcuma Longa Rhizome, Gastrodiae Rhizoma, Salviae Miltiorrhizae Radix, Chaenomelis Fructus, Atractylodis Rhizoma, Polygalae Radix, Paeoniae Radix Alba, and Glycyrrhizae Radix et Rhizoma. These herbs are included in the Korean pharmacopoeia. Curcuma Longa Rhizome in particular is used to increase circulation and has anti-oxidant and anti-inflammatory properties. Recently, this herb has been studied for the relief of pain and inflammatory bowel disease [20-22]. Gastrodiae Rhizoma, which belongs to the Orchidaceae family, is actively being studied for the regulation of the GABA neurotransmitter [23]. Salviae Miltiorrhizae Radix has also been demonstrated as an anti-oxidant [24]. Thus, this study was performed to evaluate the ability of KCHO-1 to inhibit oxidation and relieve neuropathic pain.

Neuropathic pain is a form of chronic pain that occurs when the primary lesion or dysfunction occurs in the central or peripheral nervous system [9]. Most causes of neuropathic pain are intractable diseases that alter the mental health of patients, inhibit their ability to function socially, and diminish their quality of life. Neuropathic pain is considered one of the most serious clinical diagnoses, because it is not controllable with analgesics and is resistant to many drugs. Thus, patients with neuropathic pain suffer for extended periods of time [25,26].

Gene expression in the dorsal root ganglion is directly altered by neuronal injury. Various animal models of neuropathic pain involve binding or cutting the entire nerve or binding around the nerve loosely [27]. These models include the chronic pressure damage model, the partial sciatic nerve ligation model, the sciatic nerve freezing model, and the tibial and sural nerve ligation model [28-31]. Among these, we used the SNL model because this method has the advantage of having a relatively consistent level of nerve damage and symptom expression [19].

GABA (the major inhibitory neurotransmitter) is generated by decarboxylation of glutamic acid by the GADs GAD65 and GAD67. One mechanism contributing to neuropathic pain is a decrease in the number of GABAergic neurons following neuronal injury. In this study, KCHO-1 led to the regeneration of GABAergic neurons, possibly contributing to the decreased neuropathic pain. By RT-PCR, western blotting, and immunohistochemistry, the expression of GAD65, GAD67, and VGAT was increased in mice treated with KCHO-1 compared with saline-treated SNL animals. In addition, the expression of GABA receptors (GABRA1, GABRB2, GABRG2, GABBR1, and GABBR2) also increased after KCHO-1 treatment. However, the expression of the glutamate receptor NMDAR2B was decreased in KCHO-1 mice. These results indicate that the reduction in GABAergic neurons induced by SNL was reversed by oral treatment with KCHO-1. Thus, KCHO-1 reduces pain by promoting the regeneration of GABAergic neurons.

This study demonstrates that a novel herbal drug, KCHO-1, reduced ROS generation and enhanced the recovery of GABAergic neurons in the spinal cords of animals with neuropathic pain, resulting in pain relief. In conclusion, KCHO-1 may have important therapeutic activity in neuropathic pain.

This project has been supported by the Korea NRF grant (2016R1C1B1010742) and the Traditional Korean Medicine R&D Program funded by the Ministry of Health & Welfare through the Korea Health Industry Development Institute (KHIDI) (grant number: HI11C2142).