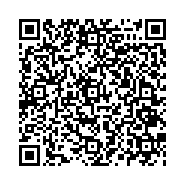 Calcium dioxodiaquaperoxymalonatouranate was obtained by reaction of uranyl nitrate with malonic acid and then hydrogen peroxide in the presence of calcium ion. The complex was subjected to chemical analysis. The thermal decomposition behaviour of the complex was studied using TG, DTG and DTA techniques. The solid complex salt and the intermediate product of its thermal decomposition were characterized using IR absorption and X-ray diffraction spectra. Basing on the data from these physico-chemical investigations the structural formula of the complex was proposed as Ca[UO2(O2)(H2C3O4)(H2O)2].H2O

Uranyl ion forms numerous complexes with sulphate, carbonate and oxalate anions. The interest in the present work lies in the preparation and characterisation of the 1:1 complex species. The 1:1 peroxyuranates that have been described in the literature [1] are of four types. Compounds of formula

and M2UO5.nH2O have been obtained by the action of uranyl nitrate on alkaline hydrogen peroxide [2,3] and as decomposition products of alkaline solutions of triperoxy uranates [4,5]. Owing to an intrinsic interest in [6] and practical use of [7] peroxometal compounds there has been an upsurge of research in their chemistry. The synthesis and characterization of uranyl complexes with new binucleating ligands and with three isomeric methyl-pyridine-N-oxide ligands were also reported [8,9]. Although peroxoactinides are known [10] molecular complexes are rather scanty [11]. This aspect of uranium is complicated [10] and [UO2(O2)].nH2O(n = 2 or 4) is best characterised. In addition [UO2(O2)L] L = Ph3PO, Ph3AsO or pyridine N-oxide and a few diperoxouranium(VI) complexes with Schiff bases as coligands [11] are known. The structural characterization of uranyl complexes with tetradentate methylterplhthalamide ligands [12] and with aminoalcoholbis(phenolate) [O,N,O,O'] donor ligands [13] were also reported. The compound [UO2(O2)].4H2O oxidises olefins to epoxides and oxidative-cleavage products. It has been observed that [UO2]2+ reacts with H2O2 to generate [UO2(O2)] in solution and caused to anticipate that a similar reaction in the presence of an appropriate coligand would provide an access to molecular peroxo-complexes of the metal.

As with molybdenum and tungsten, the peroxide chemistry of uranium is confined to the +6 oxidation state; in view of the small potential for the +6/+5 change(0.063volts). The best characterised peroxy derivative is the tetroxide(commonly called uranyl peroxide), UO4.nH2O(where n is 2 or 4); many peroxyuranates are known, in which the ratio of peroxide to uranium is 3:1, 5:2, 2:1, 3:2, 1:1 and 1:2 and in addition to these, a series of mixed ligand peroxy compounds have been described. In general, the peroxide content increases with pH; acids decompose the compounds to uranium(VI) salts and oxygen, while the triperoxyuranate ion is stable at pH 12-14.

In the present work the calcium dioxodiaquaperoxymalonatouranate(VI) complex was prepared by reaction of UO22+ with malonic acid and then hydrogen peroxide in the presence of calcium ion. The thermal decomposition of the complex has been studied and a detailed account of the mechanism has been worked out on the basis of the thermal data, infrared spectroscopic and X-ray diffraction studies.

Thermal analysis unit:- SEIKO combined thermal analysis system (TG/DTA-32), temperature programmable thermal balance, made in Japan and platinum crucible as container is used for taking thermograms in air. The rate of heating is fixed to100C/min, and sensitivity of the instrument is 0.1 mg.

Infrared spectra:- The infrared spectra of the complexes are recorded on SHIMADZU FTIR-8201 PC Infrared Spectrophotometer in KBr pellets.

The calcium dioxodiaquaperoxymalonatouranate(VI) complex salt is prepared by adopting the following procedure [14]:

About 1.0g(1.99mmol) sample of UO2(NO3)2.6H2O was dissolved in water(10-15cm3) followed by addition of concentrated solution of calcium hydroxide solution with stirring until yellow precipitate ceased to appear. The yellow precipitate was filtered off and washed free of calcium and nitrate ions. To an aqueous suspension of the product was added 4cm3(10mmol) of concentrated solution of malonic acid to obtain a clear solution, which was stirred for ca. 5min. A 25cm3(220.5mmol) sample of 30% H2O2 was added, while the U : C3O4 : H2O2 ratio was maintained at 1 : 1: 1 and the solution was stirred for ca. 15min followed by careful addition of the calciumhydroxide solution until the pH was raised to 6, where upon a yellow product just began to appear. An equal volume of ethanol was added with occassional stirring to obtain yellow microcrystalline complex of calcium dioxodiaquaperoxymalonatouranate(VI). The compound was allowed to settle for ca.20min, separated by centrifugation, purified by washing with ethanol(3-5times) and finally dried in vacuo over silica gel. The compound thus obtained is tested to confirm the absence of nitrate.

The reaction of hydrogen peroxide with uranyl ion leading to a complex peroxy uranate(VI) of a definite composition is highly dependent on the pH of the reaction medium. Thus, evaluation of an appropriate pH for successful synthesis of a peroxy uranate species is emphasized to be an important prerequisite. The suitable pH for bringing about coordination of both peroxide and malonate with the uranyl center was ascertained to be 6. The compounds isolated at a relatively lower pH(e.g.ca 4) on being analyzed did not show the occurance of peroxide to the desired level(i.e, U:O22- as 1:1), indicating therefore that the O22- uptake process was in progress but did not reach the U : O22- ratio of 1 : 1.

The compound was analysed for its uranium(VI), malonate, peroxide and water content. Uranium(VI) was estimated by photochemical reduction with alcohol [15] whereas malonate by thallimetric method [16] and peroxide [17] by volumetric titration with standardised cerium(IV) sulphate. Water content was determined by difference and from thermal data. The results of the analyses are shown in Table 1.

The thermogram of calcium dioxoperoxymalonatouranate(VI) dihydrate and the data obtained from it are shown in Fig 1 and Table 2 respectively. From the curve it is evident that the complex loses crystalline water between 300 to 127.70C. The observed weight loss is 10.46% as compared to the calculated value of 7.5%.

Table 2: Summary of the thermal decomposition of the calcium salt The anhydrous calcium dioxoperoxymalonatouranate(VI) possibly decomposes in the presence of oxygen between 127.70 to 227.50C to an unstable intermediate product, CaCO3.UO3 which may be a mixture of calcium carbonate and uranium trioxide. The observed weight loss up to this stage is 21.12% against the calculated value of 19.58%. The unstable intermediate then decomposes in the temperature range of 227.50-375.1°C to calcium diuranate and calcium carbonate with the evolution of carbondioxide. The calcium carbonate along with the calcium diuranate remains relatively stable up to 600°C. The weight loss at 375.1°C corresponds to 24.92% against the calculated value of 24.17%. The calcium diuranate is then converted gradually to calcium monouranate at about 683.2°C. The observed weight loss at this point is 27.82% against the calculated value of 28.75%.

The DTG data of calcium dioxoperoxymalonatouranate(VI) dihydrate is also shown in Fig 1. From the figure it is evident that the complex salt undergoes dehydration followed by decomposition of the anhydrous dioxoperoxymalonatouranate to CaCO3.UO3 which are indicated by the corresponding peaks at 99.5°C and 210°C respectively. The small peak at 357.8°C corresponds to the decomposition of CaCO3.UO3 to calcium diuranate and calcium carbonate. The conversion of calcium diuranate to calcium monouranate being a slow process is marked by two insignificant peaks between 600°C and 680°C.

DTA results of the complex salt are also shown in Fig 1. The first strong endothermic peak with ΔTmin at 103.80C is assigned for the dehydration of the complex with the loss of crystalline water. The peak with ΔTmin at 214.50C corresponds to the decomposition of the anhydrous product to CaCO3.UO3. This process is observed to be endothermic possibly because of the involvement of atmospheric oxygen. On the other hand the formation of calcium diuranate by the decomposition of the carbonate intermediate is found to be exothermic as indicated by the peak with ΔTmax at 357.8°C. The small endothermic peaks with ΔTmin between 6000 and 6800C may represent the slow conversion of calciumdiuranate to calciummonouranate.

The IR spectra of calcium dioxoperoxymalonatouranate(VI) dihydrate and the products obtained by heating the complexes at 1500 and 3000C and cooled to room temperature are given in Fig. 2 A, B and C respectively. The spectrum of the original complex is similar in respect to the positions and shapes of the prominent bands to those of the analogous peroxyoxalato complexes. Thus the interpretation of the IR spectrum of the title complex goes in the same manner. The distinctly strong and sharp bands at 922, 725 and 605cm-1 may also be assigned to the νU=O(trans-linked O=U=O), νO-O(the peroxy modes), and νU-O2 respectively. The presence, shapes and positions of the νO-O and the complementary νU-O2 modes in the regions stipulated for the presence of triangularly bonded bidentate peroxide also indicate that the O22- group is bonded to the UO22+ center. Similarly the IR modes due to the coordinated H2C3O42- ligand(at 1700 and 1650 cm-1) show the presence of a chelated malonato group. The νO-H and δH-O-H bands in the IR spectra of the compounds resemble in their shapes and positions to those generally observed for uncoordinated water [4,5]. A strong absorption at 3500and 3160 cm-1 corresponds to the stretching modes of vibration of water [6]. The absorption at 1650 cm-1 may be due to the bending vibrations of H-O-H and asymmetric stretching vibrations of C=O. Moreover the appearance of an additional peak at about 1700 cm-1 suggests that the metal-carbonyl bond has more covalent character. Differences between the spectra of the original complex and both the decomposition products are obvious at the lower frequency regions (below 700 cm-1) due to the disappearance of the peroxy and the U-O2 absorption peaks in the latter. A difference is also observed in the shapes and positions of the bands at around 3500 and 1650 cm- indicating that water in the crystal form may not exist in the decomposition products. The extra bands at 1645, 1530 and 1450 cm-1 for the decomposition products can be assigned to stretching and bending vibrations of calcium carbonate, which is expected to be present in both cases though in different ways. From these observations it may be concluded that the original complex has undergone step-wise decomposition leading to the formation of a carbonate intermediate followed by a mixture containing calcium diuranate and calcium carbonate. Moreover the peak appearing at around 900cm-1 (that is the band assigned to the νU=O) becomes more intense in the decomposition products suggesting that some changes have occurred in the uranium-oxygen linkage. The presence of some bands in the range of 3500-3000 cm-1 for the decomposition products may only be accounted for the absorption of moisture from atmospheric air. Figure 2: The IR spectra of calcium dioxodiaquaperoxymalonatouranate(VI) and the products obtained by heating the complex at 900 and 2000C and cooled to room temperature

The X-ray diffraction data of calcium dioxodiaquaperoxymalonatouranate(VI) and that of the product obtained after heating the original complex to 1500C and cooling are given in Table 4 along with those of uranium(VI) oxalate and calcium oxalate for comparison. Table 4: X-ray diffraction data of ammonium dioxoperoxymalonatouranate(VI) and the products after heating it to 150°C and 300°C.

The data in the table clearly show that the heated product obtained at 1500C is an individual compound and not a mixture of calcium and uranyl oxalates. The decomposition product was subjected to the usual acid test for the presence of carbonate and the same was confirmed. The complex was also heated to 3000C and maintained at this temperature for half an hour and the product obtained in this manner was tested for the presence of carbonate by the usual

From the thermal, IR and XRD data it is possible to assign the following mechanism for the step-wise decomposition of the complex.

The presence of carbonate in both the decomposition products has also been confirmed by the usual acid test. This further enhanced the correctness of the above thermal decomposition mechanism.

On the basis of the above, it may be concluded that the original complex is indeed a peroxy malonato complex having an octahedral coordination with uranyl ion at the center and two water molecules assuming the outer sphere coordination. Like wise the possible structure and composition of the complex may be given as