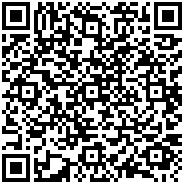 We evaluated the toxicity of aqueous extract of D. glomerata in rat. Acute toxicity was tested in male Wistar rat, which received different doses orally; control groups received water. In the repeated-dose toxicity test, the extract was administered or daily to male and female Wistar rats (3 per groups) at doses of 100, 200, and 400 mg/kg/day/28 days. Their behavior, mortality, weight changes, laboratory tests, and histopathology of organs were evaluated. No rats died during the tests. Hematological and biochemical tests showed few changes, differing somewhat between males and females; the histopathological evaluation indicated no significant changes. In acute toxicity, single oral administration of 2000 mg/kg D. glomerata caused neither toxicological symptoms nor mortality and the LD50 was estimated >5000 mg/kg. In the subchronic oral toxicity, D glomerata induced no phenotypical signs of toxicity during and after treatment. Only a delayed decrease of relative spleen weight in males at the highest dose of 400 mg/kg occurred. High density lipoprotein (HDL) increased significantly in males at 200 mg/kg. Non-persistent increases in alanine aminotransferase activity within normal ranges were noted at all doses in males and females. In animals, D. glomerata has no variation of white blood cells. Aqueous extract of D glomerata caused no toxicity in rats at the smallest dose evaluated (100 mg/kg). No other species was evaluated.

D glomerata also known by the west Cameroon as ‘‘Tek lapin”. D. glomerata seeds are widely used in pharmaceuticals and foods as a tonic, a.pharmacological studies have shown, in addition to the known effects, analgesic and antiinflammatory properties in vivo [1,2] .The phytochemestry shown the presence of polyphenol flavonoid Atsang et al., These observations led to the filing of a patent application and to tests of the acute and subchronic toxicity of aqueous extract, including analyses of the hematology, biochemistry, and histopathology of various animal organs.

Forty-six Wistar rats of each sex were obtained from the Animal House of the Department of Animal Biology and Physiology, University of Yaounde I, Cameroon. They were housed in group of 5 per cages, under laboratory conditions (Natural light/dark cycle, 22-25°C), and had free access to water and standard commercial diet for laboratory animal.

All experiments carried out in this study were in accordance of the good laboratory practice as stated by the authorization for the use of laboratory animals (Reg. N°FWAIRD 0001954) from Cameroon National Ethical Committee. Before experiments, animals were fasted for 16 hours but had free access to water.

All the procedures were in strict accordance with “Guidelines for the care and use of laboratory animals” and kept under controlled temperature (22 ± 2 °C) and a 12 h light/dark cycle controlled.

The oral acute toxicity test was performed using the acute toxicity class method (ATC) in accordance with the Organization for Economic Cooperation and Development (OECD) guideline 423 adoption [3].The rats were divided into 3 experimental groups of 6 animals each, to form two treatment groups and one control groups. The treatment groups received a single oral dose (OR, gavage) (2 g/kg and 5 g/kg; acute administration). The two control groups received water (OR).

The animals were observed immediately after the administration and then daily for 14 days, and were weighed on the 1st, 7th, and 14th day. At the end of the experiment, they were euthanized, and the kidneys, heart, liver, and lungs were removed and weighed, and evaluated for possible macroscopic changes or abnormalities.

The determination of repeated dose 28-day oral toxicity was carried out according to OECD guideline 407, adopted on 3rd October 2008 [4].Male and female rats were weighed and divided into groups by sex. They were divided into a control group and three test groups of 10 animals each, and maintained in groups of 5 in labeled polypropylene cages.

Each animal received daily, for a period of 28 days, administration of water (control group) at doses of 100, 200, and 400 mg/kg (OR, gavage). The behavior of the animals was observed daily, and they were weighed weekly. After 28 days of treatment, the animals were submitted to the open-field test. At the end of the experiment (28 days), the animals were euthanized, and their blood was collected for hematological and biochemical analyses.

One hour after p.o. treatment with D. glomerata each rat was placed in the center of arena and its ambulation (peripheral and central area), immobility time, rearing, grooming and defecation were recorded for 5 min. The number of grid lines crossed by both hind feet in a 5 min period was counted as an index of ambulation. After each trial, the open-field apparatus was wiped clean with ethanol (10%) solution.

Histopathological analysis was performed on 10 randomly selected rats in each experimental group, totaling 80 animals. The animals were dissected using the routine described in the literature [6]. Heart, kidneys, liver, and lungs were harvested for analysis.

The tissues were preserved in 10 % neutral-buffered formalin, embedded in paraffin, sectioned at approximately 5 mm, stained with hematoxylin and eosin, and examined with an optical microscope.

The statistical analysis compared the treated groups with the negative control group, using the STATISTICA program (version 5.0). The data are presented as mean ± SD. We applied the one-way analysis of variance (ANOVA) to the toxicological tests (acute and subchronic).

The acute tests with D. glomerata produced no mortality of the population at doses of 2 and 5 g/kg No changes in the behavior of the surviving animals were observed over the 14-day duration of the experiment.

The animals showed no significant differences in body weight between the control and treated groups. Similarly, the macroscopic analyses of the organs revealed no changes.

No animals died during the 28 days of treatment. There was, however, a decrease in body weight of males treated with 100, 200 and 400 mg/kg.

Table 1: The histopathological classification of the total cohort.

Table 2: Effect of extract on haematological parameters of the control and treated rats in the subchronic toxicity study.

Macroscopic analysis of the live of control group and group of 100 mg/kg did not reveal any abnormality that would justify their microscopic evaluation. Histopathological analyses of liver of 200 and 400 mg/kg showed inflammation and infiltration leucocytes (Figures 1 and 2).

Dichrostachys glomerata is a terrestrial herbaceaous plant of the family Mimosaceae. It is traditionally named “Oreille de souris” in French. The plant has multiple traditional uses including rheumatism and against snake bites [7]. This plant has been shown to have antiviral, anti-infectious, antihypoglycemiant [8] and cicatrising effects [9]. It is also used in some population to prevent sexual transmitted diseases [10].

This study investigated the possibility of acute and subacute toxicity of D glomerata. In the acute toxicity test (LD50), although a group of animals treated with a dose of 2 g/kg and 5 g/kg showed no change in weight. The repeated-dose toxicity test conducted on animals for 28 days of treatment with D. glomerata, provided results for the target organs. For the 28-day subchronic treatment test, provisions must be made for a series of laboratory examinations that require a sufficient volume of blood to perform.

An interesting aspect is the lack of apparent stimulation of males by the lowest dose, 2 and 5 g/kg, because the open-field test provided the same environmental conditions for both sexes. Therefore, the significant changes in movement by all females treated, including at the lowest dose, may be related to a greater propensity of females for stimulation of the CNS.

These biochemical changes occurred in males, and although the levels remained within the normal range, they may suggest a change in the liver. However, this evidence of possible liver alteration should be considered with caution, since the histopathological analysis of the organ and also the serum levels of total bilirubin showed no significant changes from those in the control group. Renal dysfunction can be assessed by concurrent measurements creatinine. For both males and females, the creatinine levels remained normal [13,14], reducing the likelihood of kidney problems.

Reinforcing these data, the histopathological analysis of kidneys revealed no abnormality in the organ. The biochemical evidence of liver function showed considerable changes in both groups of animals, although these were more significant in males than in females. The histopathological evaluation of organs did not show that infiltration of white blood cells. Based on these results, we can conclude that after 28 days of treatment, the animals showed biochemical changes indicating that the liver is the target organ in case of possible toxicity of D. glomerata especially in animal, at doses of 100, 200 and 400 mg/kg. The results also indicate a possible greater biological susceptibility.

Aqueous extract of D glomerata caused no toxicity in rats at the smallest dose evaluated (100 mg/kg). No other species was evaluated.

The authors declare that there are no conflicts of interest.