Twenty Years Passed from the 21th Century: Where are We in the Treatment of Osteporosis 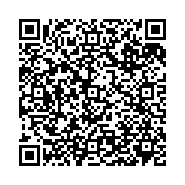 Osteoporosis is a systemic skeletal disease characterized by a low bone mass and micro-architectural deterioration of bone tissue with subsequent increase in bone fragility. It is often a silent disease that reveals itself only at the time of a fracture [1]. Worldwide, this silent disease, and through its main consequence, fractures, pose an increasing burden for health care systems. Even though age-specific rates of osteoporotic fractures may be declining or stabilizing due to increased global related awareness, the absolute number of fractures continues to increase due to the aging of the population. It is estimated that the world population greater than 65 years old will double from about 506 million to 1.3 billion by 2040; therefore, osteoporosis related burden will be heavier [2,3].

Despite having a significant economic burden due to the increase in health resource utilization and in related costs, the main load of osteoporosis is clinical, as major osteoporotic fractures are associated with a 65% increase in mortality in females and 212% increase in mortality in males [4]. Patients with hip fractures experience the greatest loss in their quality of life. Only 50% of them regain their pre-fracture status after rehabilitation, which is measured by their ability to ambulate, which is often compromised as compared to their mobility prior to the fracture. Many lose their independence and require long-term care. About half of the patients report persistent pain one or more years after their hip fracture. Mortality risk is greatest in the first 3 months after a hip fracture. At one year, hip fractures are associated with a 20 to 30% mortality rate, mostly due to age and comorbid diseases[5,6]. Symptomatic vertebral fractures also result in marked movement limitations and affect quality of life. They are associated with significant morbidity, and constitute an important independent risk factor for subsequent osteoporotic fractures. Even asymptomatic undiagnosed vertebral fractures are associated with disability. Moreover, there is an increased mortality following vertebral clinical or asymptomatic fractures [7]. The excess risk for premature mortality after an osteoporotic fracture remains high for many years; and for all ages, mortality following a fracture is higher in men than in women [5].

In summary, there is a clear opportunity to bridge the osteoporosis care gap in fragility fractures which hasn’t been seized yet. Many trials to manage this gap between fractures and osteoporosis treatment are underway now. The capture the fracture initiative and the fracture liaison services models are good examples of these trials [10]. The Global fragility fracture network diffused a global call to action that was endorsed by more than 80 scientific society worldwide aiming to diffuse awareness and act against that silent killer that is keeping on spreading [11]. It is our duty as bone health care professionals (orthopedic surgeons, rheumatologist, geriatrics, nurses, physiotherapist, endocrinologists, anesthesiologist etc.) to act and work for primary and secondary prevention of this disease, responsible of a non-negligible death burden; Let’s act!