Hip Fractures in the Elderly: Frequency of Surgery and Trends in its Timeliness before and after the Introduction of Performance Indicator 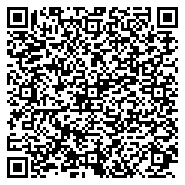 Objective: Hip fracture injuries are one of the most significant health problems in the elderly population. The aim of this study was to look at recent trends in the time taken to provide surgical treatment for hip fractures in elderly patients, for the purpose of assessing the impact of a resolution adopted in 2011 by the Regional health service concerning the speedy provision of surgery for hip fractures.

Participants: The study concerned 57,759 hospital admissions for hip fractures during the decade investigated (2007-2016).

Results: There were considerably more females than males (77%), and the females who underwent surgery were slightly older than the males (84 vs. 82 years old). In the five-year period after the adoption of the Regional Authority’s Resolution, the probability of receiving surgical treatment within 48 hours was much higher than in the previous 5-year period (OR: 2.59; 95% CI: 2.50-2.69), despite an 8% increase in the volume of these procedures in the later period.

Discussion: The Regional Authority’s Resolution clearly emerged as the determinant of an improvement in the timeliness of surgery for hip fractures, with a consequent reduction in the inhospital mortality rate.

Hip fracture injuries are one of the most significant health problems for the elderly population. They have become a highly topical issue, partly because of the aging of the general population typical of high-income countries, and partly because of the growing diffusion of specific, evidence-based practice guidelines encouraged by health systems and governmental authorities, especially as regards the wait for surgery [1,2].

Several studies have investigated the wait for hip surgery, and the outcome for elderly people. Delaying the procedure is associated with a higher mortality rate, and a higher incidence of healthcare-associated infections and pressure lesions [3-6]. The guidelines all agree on the need to treat hip fractures surgically, preferably within 24 hours of admission to hospital, and certainly within 48 hours [7-9]. Many studies have shown that further delaying the surgical procedure correlates positively with 1-year mortality [10,11].

In 2011, the Veneto Regional Authority approved the inclusion of prompt surgical treatment for hip fracture injuries in the elderly among the performance objectives of its local health services [12]. This objective has been confirmed every year since 2012. In the Veneto Region, 42% of all surgical procedures for hip fracture in the elderly were performed within 48 hours in 2011. This was a good outcome compared with the Italian national average (34%), but still nowhere near the performance achieved by more advanced healthcare systems, particularly in northern European countries.

At the time of the Veneto Regional Authority’s Resolution, data on the outcomes of healthcare interventions were disclosed by the Italian National Agency for Regional Healthcare Services (AGENAS) in the framework of the “National Outcomes Program” (A national-based benchmarking tool) [13,14].

The aim of the present study was to describe the recent trends in the time taken to provide surgical treatment for hip fracture injuries in the elderly population with a view to assessing the impact of the 2011 Regional Resolution on the health services’ performance in this setting.

A retrospective cohort study was conducted using information obtainable from hospital discharge records (Schede di Dimissione Ospedaliera, SDO) of both public and private hospitals, which are routinely collected in an anonymized regional database by the Veneto Regional Authority. Discharge abstracts contain patients’ demographic details (gender, age, and place of birth), admission and discharge dates, up to six diagnoses (International Classification of Diseases, 9th Revision, Clinical Modification, and ICD-9-CM), medical and surgical procedures and status at discharge. All records concerning admissions to an acute care hospital for hip fracture (ICD-9-CM diagnosis codes 820.0-820.9) as a primary or secondary diagnosis between January 1, 2007 and December 31, 2016, were included in our analysis.

The primary outcome investigated was the proportion of surgical procedures performed within 48 hours of a patient’s hospital admission. The interventions were identified with the following ICD-9-CM codes: 79.00, 79.05, 79.10, 79.15, 79.20, 79.25, 79.30, 79.35, 79.40, 79.45, 79.50, 79.55, 81.51, and 81.52. Patients were excluded from the sample if they were under 65 year old or over 100 year old; transferred from another acute care hospital; admitted with a diagnosis of exposed fracture, or fracture in an unidentified part of the femoral neck; had multiple significant trauma (DRGs 484-487); had a principal or secondary diagnosis of malignant neoplasm (ICD-9-CM codes 140.0-208.9); died within 24 hours of admission to hospital without intervention; were admitted directly to intensive care units (based on the assumption that they were patients with poor baseline clinical conditions unable to undergone surgery).

The classification of comorbidities reflects the one developed by the Regional Health Care Evaluation Program (P.Re.Val.E.) conducted in the Lazio Region, Italy [15,16].

The hospitals were classified by their type and role in the regional healthcare network, based on the classification suggested by the Regional Health Plan (Piano Socio-Sanitario Regionale, PSSR), which contemplates a so called huband- spoke network [17]. Hub hospitals provide highly specialized services; spoke (or local) hospitals serve the remaining demand for healthcare. The network is integrated with private hospitals and accredited facilities operating as part of the Regional Health Services, and other (also single-specialty) structures for acute care patients, called integrative hospitals.

Table 1 shows the distribution of trans-cervical and per trochanteric femoral fractures. Despite a similar mean age in both genders, the proportion of patients over 80 years old was significantly greater among the women (OR: 1.42; 95% CI: 1.36-1.48), especially as regards per trochanteric hip fractures (OR: 1.69; 95% CI: 1.60-1.79). As was to be expected, a hip replacement was performed in a large proportion of the trans-cervical hip fracture cases.

The overall proportion of hip fracture injuries not treated surgically was 11%. Table 2 shows the distribution of the surgical procedures performed within 48 hours of hospital admission. The probability of undergoing surgery within this time frame was significantly higher for females (OR: 1.24; 95% CI: 1.19-1.29), and for patients over 80 years old. More than half of the surgical procedures for per trochanteric hip fractures (surgical reduction) were undertaken within 48 hours of the patient’s arrival.

There were 44 hospitals involved in the decade considered. The spoke hospitals were considered as the benchmark because they handled most of the patients and of the overall volume of activity (56% of all surgical procedures). The probability of undergoing surgery within 48 hours was statistically higher among the integrative hospitals (OR: 1.63; 95% CI: 1.43-1.85) and the accredited private hospitals (OR: 1.21; 95% CI: 1.12-1.31), and lower among the hub hospitals (OR: 0.55; 95% CI: 0.51-0.59). During the five-year period following the adoption of the Regional Resolution, the probability of undergoing surgery within 48 hours increased enormously compared with the previous 5-year period (OR: 2.59; 95% CI: 2.50-2.69), despite an 8% increase in the volume of this activity in the later period. The proportion of surgical procedures performed within 48 hours was approximately stable over the first period, with minimal fluctuations, while in the second period it showed a steady increase (χ² for trend: 434.10; P<0.05), reaching 73% in 2016 (Figure 1).

The number of hospital admissions for hip fracture rose by 7% in the second 5 year period (Table 3), while the mean age of patients increased slightly, and the proportion of females remained stable. In this second period, there was also an overall 4% increase in the hospital admissions involving patients over 85 years old, and this increase was greater among males (rising from 39% to 45%).

The increase in the mean age of patients was much the same between males and females, and the proportion of hospitalizations for 65 to 74 year olds remained stable (13%). The overall improvement in the provision of surgery for hip fractures was apparent in terms of both the intervention rate (OR: 1.13; 95% CI: 1.08-1.38) and the wait for surgery (Median: 2 days).

In-hospital mortality was clearly lower among patients who underwent surgery than among patients who did not (2.5% and 6.2% respectively, OR: 0.39; 95% CI: 0.34-0.44). The data concerning 51,539 surgical procedures performed in the decade investigated confirmed prompt surgical treatment (within 48 hours after admission) as an important protective factor, since in-hospital mortality decreased significantly, from 2.7% to 2.3% (OR: 0.83; 95% CI: 0.74-0.93) in the second 5 year period.

In terms of the types of healthcare facility, hub hospitals showed a more marked improvement in providing surgical treatment for hip fracture within 48 hours. All the other types of hospital nonetheless improved significantly, with the exception of the accredited private clinics (Figure 2).

Figure 2: Veneto Region 2007-2016. Distribution (%) of surgical interventions for hip fracture performed within 48 hours of hospital admission per type and role of hospital in the healthcare network.

The burden of hip fracture injuries in the elderly population is a major issue, in terms of both health outcomes and hospital admissions (more than 5,000 procedures are performed every year in the Veneto Region). In the first 5-year period considered here, the proportion of these procedures performed within 48 hours of admission was generally low and stable. This was probably due to a failure to adequately innovate organizational arrangements in the light of globally accepted and evidence-based practice guidelines in favor of a timely surgical treatment [18]. Analyzing the trends over the decade, the Regional Authority’s resolution clearly emerged as the determining factor behind an improvement in the timeliness of surgery for hip fracture and a consequent reduction in the associated in-hospital mortality rate.

Despite the overall hospitalized population becoming considerably older, the organizational changes prompted by the Regional Resolution seem to account for an increase in the hospitalization rates for hip fracture (+8%), and, most importantly, a prompter provision of surgery.

We also noted a reduced length of stay in second period analyzed. Consistently a previous study conducted in Canada evidenced a shortened hospital stay following hip fracture between 2004 and 2012, mostly due to shortening of postoperative stays [19]. Shorter hospital stays may reflect changes in bed management protocols rather than in access policy. Moreover our results are in agreement with previous study, which revealed an increase in the volume of older and sicker patients admitted for hip fracture analyzing 20 years Canadian database and showing an enormous demand on trauma center [20].

Timely intervention was identified in our study as a protective factor in terms of mortality, although only in-hospital mortality was considered. In literature mortality effect of surgical delay in patients with hip fracture remains still disputed, in fact a previous study found that increased time from fracture to hospital admission was associated with reduced survival to hospital discharge but not the time from hospital admission to surgery [21]. However some also argue that delays to repair a hip fracture may influence postoperative mortality by increasing a patient’s exposure to immobilization and inflammation [22]. Indeed, fewer deaths have been reported among patients who underwent surgery within 1 or 2 days after hip fracture than among patients who waited longer for surgery [5]. It’s also interesting to note that in-hospital deaths in these patients in Veneto Region is lower that registered in other internationally studies [23].

The improvement in performance at the hub hospitals is particularly noteworthy, especially considering that these hospitals carry the burden of care for multiple traumatic injuries and serve a significantly larger population.

In conclusion, the Regional Resolution appears to be a valid instrument in terms of driving hospitals to achieve both economic objectives and health outcomes, highlighting the key role of the Regional Authority in identifying suitable and effective strategies for meeting the demand for healthcare.