Types of Ischemia and its treatment 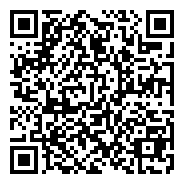 Anybody part's tissues, muscles or organs may undergo ischemia, which causes a lack of oxygen for cellular metabolism (to keep tissue alive). Ischemia occurs due to blood vessels, which can result in tissue damage or dysfunction, including hypoxia and micro vascular dysfunction. It also describes the localized hypoxia that can occasionally happen in a body part as a result of constriction (such as vasoconstriction, thrombosis or embolism) may occur.

Ischemia includes a lack of nutrients and insufficient metabolic waste removal in addition to a lack of oxygen. Absolute blockage and partial ischemia (poor perfusion) both happen. Either the main cause of insufficient delivery must be treated, or the organs that require oxygen must be reduced, in order to enhance the supply of oxygenated blood to the organs. Patients with myocardial ischemia have decreased blood flow to the heart and are taken medications that can reduce chronotrophy and ionotrophy.

Cardiac ischemia: Cardiac ischemia can be asymptomatic or result in angina pectoris, which is chest discomfort. It happens when the blood supply to the heart muscle, or myocardial, is insufficient. The main cause of this condition is atherosclerosis, which is the buildup of cholesterol-rich plaques in the coronary arteries over time. In the majority of Western countries, ischemic heart disease is the main cause of death.

Bowel ischemia: Ischemia can have an impact on both the big and small intestines. Ischemic colitis refers to the obstruction of blood flow to the colon, which is the large intestine. Mesenteric ischemia is the medical term for small bowel ischemia.

Brain ischemia: Chronic or acute brain ischemia are both characterized by insufficient blood flow to the brain. The neurological emergency known as an acute ischemic stroke tends to result in blood clot, restricting blood flow in a brain artery. Persistent cerebral ischemia can result in vascular dementia, a form of dementia. A transient ischemic attack (TIA) also referred to as a mini-stroke, is an immediate attack of brain ischemia with symptoms that last only a few minutes. About one-third of TIA patients get a major stroke within a year, which suggests that TIAs can serve as a precursor to future strokes.

Kidney ischemia: Blood supply to the kidney cells is cut off in renal ischemia. One or both kidneys shrinking, renovascular hypertension, abrupt renal failure, progressive azotemia, and severe pulmonary edema are a few physical signs. It is a disease that has a high death and morbidity rate. Renal surgery may be required if chronic kidney disease continues untreated.

To preserve the viability of the afflicted organ, treatment must begin quickly. Anticoagulant injections, thrombolysis, embolectomy, surgical revascularization, or partial amputation are among the available treatments. Anticoagulant medication is started to stop the thrombus from growing any larger. The conventional treatment of choice has been continuous IV unfractionated heparin.

Recent emboli may be treated with catheter-directed thrombolysis using intra-arterial infusion of a thrombolytic drug, such as recombinant Tissue Plasminogen Activator (TPA), streptokinase, or urokinase, if the state of the ischemic limb is stabilized with anticoagulation. The medication is infused using a percutaneous catheter that is threaded to the location of the clot from the femoral artery. Thrombolytic medicines, as opposed to anticoagulants, function immediately to dissolve the clot over the course of 24 to 48 hours.

For the clot to be removed, a direct arteriotomy may be required. In cases of trauma, surgical revascularization may be done (e.g., laceration of the artery). Amputation is only used when saving a limb is not an option. Treatment may involve long-term oral anticoagulation to stop further acute arterial ischemia events if the patient is still at risk of embolization from an ongoing source, such as chronic atrial fibrillation.