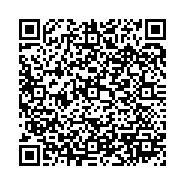 Epilepsy is a common disorder affecting up to 1% of the population. Valproic Acid (VPA) is commonly used to treat epilepsy in pediatric patients. [1]. Meanwhile, it is also one of the mostly widely used prophylactic antiepileptic drugs (AEDs) in neurosurgery. Several reports and studies claimed acquired coagulopathy associated or postsurgical bleeding due to VPA treatment. It is well known that VPA may cause a variety of laboratory abnormalities affecting homeostasis, including thrombocytopenia, significant decrease of prothrombin time (PT) and activated partial thromboplastin time as well as the activity of von Willebrand factor antigen and von Willebrand factor ristocetin cofactor [2]. Fibrinogen reduction also mentioned in certain studies but controversy exists about the clinical relevance of it. Acquired coagulopathy associated with VPA may include different mechanisms affecting homeostasis at multiple levels. The mechanisms of fibrinogen reduction remain unclear and controversies among its clinical significance [3]. Data is sparse as to the recommendations of patients receiving VPA and perioperative management during surgical procedures.

The VPA induced thrombocytopenia and acquired von Willebrand syndrome has been reviewed but fibrinogen reduction or hypofibrinogenemia has been ignored or as supplementary data without fully analyzing [4]. Fibrinogen is a component of coagulation system serves as one of the multifactor influence the incidence of this adverse event. To understand the mechanism of VPA induced coagulation abnormality and avoid clinical adverse events, it is necessary to quantitative analyze fibrinogen reduction and hypofibrinogenemia in VPA therapy.

Randomized controlled trial, prospective observational studies and retrospective studies of patients taking VPA versus healthy control or medication without VPA are included in this article. We included studies published in any languages. We excluded case reports, studies without fibrinogen value tested or without comparison. Participants eligible for the treatment groups are: patients (adults and children) treated with VPA monotherapy or VPA with other AEDs. Participants eligible for the control groups are: healthy people or patients taking AEDs except VPA.

Three authors reviewed the titles and abstracts of articles and remove studies that obviously do not meet the inclusion criteria. Two authors read the remaining full texts to determine eligibility. Disagreements will be discussed and if not resolved the opinion of a third author was sought. Two review authors independently assessed study quality and extracted the data.

VPA along versus healthy control; VPA along versus other AEDs; AEDs including VPA versus without VPA. Outcome measures and clinical findings: fibrinogen value; number of hypofibrinogenemia. Possible sources of heterogeneity: duration of treatment; age; disease characteristics

To pool the data for each outcome, we used the random-effects method based on the inverse variance method, rather than using a fixed effects method. A random effects model meta-analysis involves an assumption that the effects being estimated in the different studies are not identical but follow the same distribution.

All studies mentioned the participants have no history of bleeding or any other risk factors. Six studies were self-control giving fibrinogen value before and after therapy. One study [5-13] gave the fibrinogen value amid VPA therapy and after withdrawal. Only two studies have healthy control and others taking AEDs except VPA [9,14,15]. Nearly all studies focus on epilepsy medication, except one on brain surgery [6]. Three studies involved adult patients [6,13,15].

Four studies included patients taking VPA with other AEDs [6,7,10,14], the others were VPA monotherapy. We excluded studies with insufficient data, case report and duplicates. All studies reported that VPA can induce fibrinogen reduction. One of them Thompson [8] only reported the number of hypofibrinogenemia without giving values of fibrinogen, so we didn't include it in the fibrinogen reduction analysis. Seven studies gave the number of hypofibrinogenemia (fibrinogen< 150mg/dl) (Figure 2). For those reported fibrinogen value of different timing point, we selected the last time data [7,11]. If the study gave the effect of different AEDs or patients taking polytherapy [6,7,10,11], we chose the VPA monotherapy or VPA with AEDs group, compared with AEDs without VPA group. The result WMD (weighted Mean Difference) of fibrinogen reduction was 54.61, 95% CI (70.2, 39.02), P< 0.00001, I2=55% (Figure 2).

This article gives quantitative evidences that VPA can induce fibrinogen reduction and hypofibrinogenemia, although most studies suggested this reduction has no clinic significance and few bleeding appeared during VPA therapy or amid/ after the operation. Our research shown the fibrinogen reduction and hypofibrinogenemia are substantial and sometimes can't be ignored. It has no time correlation with VPA therapy duration and nearly all studies claimed there is no VPA plasma concentration dependence. Several studies reported a rapid rise in fibrinogen levels follows VPA withdrawal [12,13].

It is well known that VPA can induce acquired coagulopathy, such as decrease of prothrombin time, activated partial thromboplastin time, thrombocytopenia and hypofibrinogenemia. Fibrinogen is converted by thrombin into fibrin during blood coagulation. It’s a soluble plasma glycoprotein synthesized by the liver. Reports demonstrated different mechanisms affecting homeostasis at multiple levels [16]. However, the published studies are somewhat controversial about clinic significance of this side effect. Some reports claimed VPA may increase the risk of postsurgical bleeding [17], but others suggested absence of bleeding complications in patients undergoing surgery while receiving VPA [6]. To treat epilepsy, the dosage of VPA is 20 mg/kg/d, normally by oral, as a long-term medication with or without other AEDs. When it comes to prophylactic application, main administration route is venous transfusion, as a short-term preoperative preventing treatment. Factors like the length of therapy and dose, VPA plasma concentration and associated therapy may increase the likelihood of acquired coagulopathy. Although most of VPA’s side effects come after long time treatment, unlike thrombocytopenia, fibrinogen reduction and hypofibrinogenemia are VPA plasma concentration and duration independent. However, the reduction of fibrinogen is increasing in therapy duration [7,11]. There is no correlation between age and hypofibrinogenemia in our study.

As a broad-spectrum anti-epileptic drug, VPA has been used in multiple departments, including pediatrician, neurosurgeon and neurologist [18]. VPA-induced coagulopathy may occur and constitute a pharmacological and practical challenge affecting pre-operative evaluation and management of patients receiving VPA therapy. The mechanism of this side effect is not well-identified and may include multiple mechanisms. Fibrinogen is a component of coagulation system and the mechanism of VPA induced hypofibrinogenemia is still unknown. Some blame the hepatotoxicity of VPA [19]. Others suggest the hypofibrinogenemia comes from a consequence of excessive consumption rather than deficient production [20]. Although most VPA-associated side effects are mild [21], there are reports claiming serious consequence like cerebral hemorrhage due to VPA treatment [22]. This quantitative analysis gives the evidence that VPA can induce hypofibrinogenemia. To effective and safe application of VPA, careful pre-operative assessment of the patient and continuously monitor and record factors that might indicate a tendency or contribute to bleeding is crucial.