A Brief Note on Aquafarming 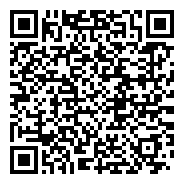 Aquaculture, often known as aquafarming, is the regulated cultivation of aquatic organisms like fish, crustaceans, mollusks, algae, and other valuable organisms like aquatic plants. Aquaculture is the cultivation of freshwater, salt water, and seawater populations under controlled or semi-controlled conditions, as opposed to commercial fishing, which is the capture of wild fish.

Aquaculture can be practised in entirely artificial infrastructure built on land (onshore aquaculture), such as fish tanks, ponds, aquaponics, or water channels, where the living conditions are controlled by humans, such as quality of water (oxygen), feed, and temperature. They can also be carried out in well-sheltered shallow seas near the shore of a waterbody (inshore aquaculture), where the grown species are subjected to more realistic settings, or in fenced/enclosed areas of open sea away from the shore.

The Food and Agriculture Organization (FAO) defines aquaculture as "the farming of aquatic creatures such as fish, mollusks, crabs, and aquatic plants. ”Farming entails some type of intervention in the raising process to improve output, such as frequent stocking, feeding, predator protection, and so on. Farming also implies that the animals being cultivated are owned by an individual or a corporation.

Aquaculture includes fish production, livestock and fisheries, oyster farming, mariculture, pisciculture, algaculture (such as seaweed farming), and ornamental fish farming. Aquaponics and integrated multi-trophic aquaculture are two specific systems that combine fish farming and aquatic plant farming. According to the FAO, aquaculture is one of the businesses most immediately impacted by climate change effects.

Wild fisheries harvest stagnation and overharvesting of popular marine species, combined with an increasing demand for high-quality protein, prompted aquaculturists to domesticate other marine species. Many people believed that a "Blue Revolution" could occur in aquaculture, similar to how the Green Revolution of the twentieth century had altered agriculture.

The depletion of wild fish sources has increased demand for fish farming. Finding alternate protein sources and oil for fish feed, on the other hand, is critical if the aquaculture business is to grow sustainably; otherwise, it poses a significant risk of over-exploitation of forage fish.

The majority of cultivated algae are microalgae, also known as phytoplankton, microphytes, or planktonic algae. Macroalgae, often known as seaweed, has various industrial and commercial uses, however due to its size and special standards, they are difficult to cultivate on a huge scale and are typically harvested in the wild.

The cultivation and harvesting of seaweed (ugbo mmiri) or kelp agriculture is the technique of cultivating and collecting seaweed. In its most basic form, it is the managing of naturally occurring batches. In perhaps the most advanced version, it consists of completely managing the algae's life cycle.

The most popular type of aquaculture is fish farming. It entails commercially rearing fish in tanks, ponds, or ocean cages, usually for food. A fish hatchery is a facility that releases small fish into the wild for recreational fishing or to replace a species' natural numbers. Carp, salmon, tilapia, and catfish are the most significant fish species utilised in fish farming worldwide, in that order.

Shrimp farming has evolved from a small-scale business in Southeast Asia to an international market. Technological advancements have resulted in ever larger densities per unit space, and broodstock is exported all over the world. Almost all farmed shrimp are penaeids (shrimp from the family Penaeidae), and only two species, the Pacific white shrimp and the giant tiger prawn, account for almost 80% of all farmed shrimp. These industrial monocultures are prone to infections, which has devastated shrimp populations throughout large regions.