A Note On The Asymptotic Convergence of Bernoulli Distribution 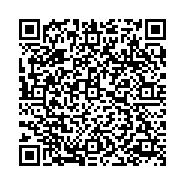 This paper presents concepts of Bernoulli distribution, and how it can be used as an approximation of Binomial, Poisson and Gaussian distributions with different approach from earlier existing literatures. Due to discrete nature of the random variable X, a more appropriate method of Principle of Mathematical Induction (PMI) is used as an alternative approach to limiting behavior of binomial random variable. The study proved de'Moivres Laplace theorem (convergence of binomial distribution to Gaussian distribution) to all values of p such that p p ≠ 0 and p ≠ 1 using a direct approach which opposes the popular and most widely used indirect method of moment generating function.

If X is a random variable, the function f(x) whose value is P[X=x] for each value x in the range of X is called probability distribution [1]. There are various Probability distributions used in Sciences, Engineering and Social Sciences. They are numerous to the extent that there is no single literature that can give their comprehensive list. Bernoulli distribution is one of the simplest probability distributions in literature. An experiment consisting of only two mutually exclusive possible outcomes, success or failure, male or female, life or death, defective or non-defective, present or absent is called a Bernoulli trial [1-3]. These Independent trials having a common success of probability p were first studied by the Swiss mathematician, Jacques Bernoulli in his book Ars Conjectandi, published by his nephew Nicholas eight years after his death in 1713 [2,4-8].

Convergence of a particular probability distribution to another and other related concepts such as limiting value of probability function or proofing of central limit theorem and law of large number had been thoroughly dealt with in literature by many authors [10-13]. All these studies adopted moment generating function (mgf) approach, perhaps because it is easy to tract and the mathematics involved is less rigorous. Based on their approach (mgf approach), they were able to establish the convergence with a valid evidence because of uniqueness property of the mgf which asserts that.

The limitation of this approach is that mgf does not exist for all distributions, yet the particular distribution approach normal or converge to other distribution under some specified condition(s). For example, the log normal distribution doesn't have a mgf, still it converges to normal distribution [14,15]. A standard/direct proof of this more general theorem uses the characteristic function which is defined for any distribution [10,11,13,16-19]. Opined that direct proving of convergence of a particular probability density function (pdf) to another pdf as n increasing indefinitely is rigorous, since it is based on the use of characteristic functions theory which involves complex analysis, the study of which primarily only advanced mathematics majors students and professors in colleges and universities understand. In this paper, we employed the direct approach to proof convergence of binomial distribution to Poisson and Gaussian distributions with a lucid explanation and supports our theorems with copious lemma to facilitate and enhance students understanding regardless of their mathematical background vis-a-vis their level.

The structure of the paper is as follows; we provide some useful preliminary results in section 2, these results will be used in section 3 where we give details convergence of Bernoulli to Binomial, Poisson and Gaussian distributions. Section 4 contains some concluding remarks.

In this section, we state some results that will be used in various proofs presented in section 3.

Proof 2.1 The proof of this lemma is as follows: using the binomial series expansion,

can be expressed as follows; Taking limit of the preceding equation as n → ∞ gives

The RHS of the preceding equation is the same with Maclaurin series expansion of e-λ. Hence,

Lemma 2.3 (Stirling Approximation Principle) Given an integer α; α>0, the factorial of a large number α can be replaced with the approximation

Proof 2.3 This lemma can be derived using the integral definition of the factorial,

The integrand is sharply peaked with the contribution important only near x=α. Therefore, let x=α+δ where δ ≤ α, and write Taking the exponential of each side of (5) gives

Plugging (6) into the integral expression for α! that is, (4) gives

Transforming I2 from algebra to polar coordinates yields δ=ρ cos θ, k=ρ sin θ and δ2+k2=ρ2. Jacobian (J) of the transformation is Substituting for I in (7) gives

Theorem 3.1 (Convergence of bernoulli to binomial)

In conclusion, the probability function of Sn or X, the number of successes in n Bernoulli trials, is the product of (9) and (10) which gives

In this section, we prefer to take different approach (Principle of Mathematical Induction) to show that as n number of Bernoulli trials tends to infinity, the binomial probability binom[X=x;n,p] converges to the Poisson probability POI[X=x;λ] provided that the value of p is allowed to vary with n so that np remains equal to λ for all values of n. This is formally stated in the following theorem, which is known as Poisson's Limit Law/Theorem.

If p varies with n so that np=λ, where λ is a positive constant, then and from (12), the limit inside the square bracket is

This is the required Poisson probability distribution function introduced by a French mathematician Simeon Denis Poisson (1781-1840).

Remarks 3.1 Thus, when n is large and p is small, we have shown using Principle of Mathematical Induction approach that Poisson with parameter λ is a very good approximation to the distribution of the number of success in "n" independent Bernoulli trials.

as n grows large, assuming p is not 0 or 1. The theorem appeared in the second edition of The Doctrine of Chances by Abraham de Moivre, published in 1738 [6,17]. Although de Moivre did not use the term "Bernoulli trials", he wrote about the probability distribution of the number of times "heads" appears when a coin is tossed 3600 times. He proved the result for p=1/2 [7,20,21]. In this paper, we support the prove to all values of p such that p ≠ 0 and p ≠ 1.

Theorem 3.3 (de Moivre's Laplace Limit Theorem) As n grows large, for x in the neighborhood of np we can approximate

in the sense that the ratio of the left-hand side to the right-hand side converges to 1 as N → ∞, x → ∞ and p not too small and not too big.

Proof 3.3 From equation (11), the binomial probability function is

Multiplying both numerator and denominator by

Change variables x=Np+ε, ε measures the distance from the mean of the Binomial Np, and the measured quantity r. The variance of a Binomial is Np(1-p), so the typical deviation of x from Np is given by

will therefore be of order

and will be small. Rewrite (19) in exponential form to have Making appropriate substitution of these in the equation (23) above provides;

We have easily derived equation (24) that is popularly and generally known anywhere in the whole world as Normal or Gaussian distribution.

Definition 3.3 (Normal Distribution) A continuous random variable X has a normal distribution, is said to be normally distributed, and is called a normal random variable if its probability density function can be defined as follows: Let μ and σ be constants with -∞ < μ < ∞ and σ > 0. The function (24)

is called the normal probability density function with parameters μ and σ.

The normal probability density function is without question the most important and most widely used distribution in statistics [20]. It is also called the "Gaussian curve" named after the Mathematician Karl Friedrich Gauss.

Change variables of integration by letting

which implies that dx=σdz. Then

Here x; y are dummy variables. Switching to polar coordinate by making the substitutions x=r cos θ, y=r sin θ produces the Jacobian of the transformation as

It is now well-known that a Binomial r.v. is the sum of i.i.d. Bernoulli r.v.s, Poison r.v. arises from Binomial (n Bernoulli trial) with n increasing indefinitely, p reducing to 0 so that np=λ (a constant), Also, when n (number of trials in a Bernoulli experiment) increases without bound and p ≠ 0 and p ≠1 (that is, p is moderate), the resulting limiting distribution is Gaussian with mean (μ)=np and variance (σ2)=np(1-p). This our alternative technique provides a direct approach of convergence, this material should be of pedagogical interest and can serve as an excellent teaching reference in probability and statistics classes where only basic calculus and skills to deal with algebraic expressions are the only background requirements. The proofs are straightforward and require only an additional knowledge of Maclaurin series expansion, gamma function and basic limit concepts which were thoroughly dealt with in preliminaries section.