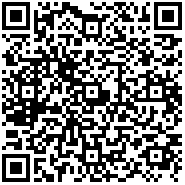 Traditional Chinese Medicine (TCM) is a system of ancient medical practice that differs from modern medicine in its substance, methodologies, and philosophies. It has become increasingly pursued as a means of therapy worldwide, with sound medical methodologies complemented with herbs prescribed mainly based on knowledge documented in the Compendium of Materia Medica and various modern pharmacopoeias. However, modernisation and the demand for consumer convenience has led to a shift from the use of conventional herbs to TCM granules. TCM granules are produced after TCM herbs undergo modern extraction and processing, and are now prescribed by a majority of TCM practitioners as therapeutic drugs. However, unlike herbs, there are no available standards or monographs for the quality control and regulation of these TCM granules. Our preliminary study of one such product, Cortex Magnoliae officinalis, suggests that there is significant variation in the quality of TCM granules despite being labelled as identical products. There is therefore a pressing need for the standardisation of TCM granule products at both local and international levels in order to better safeguard patients’ interests and integrate TCM into the mainstream healthcare system.

For thousands of years, Traditional Chinese Medicine (TCM) has played an important role in disease prevention and treatment among Chinese people. It is now recognised as a complementary or alternative medical system in most western countries and is generally considered as a safe and natural health care system that emphasizes disease prevention and holistic treatments [1]. Today, with an aging population, a predicted increase in the global burden of chronic diseases, and a stronger emphasis on individualized person-centered care, there is a continuing demand for the use of TCM. Over 100 million Europeans are currently users of TCM or other complementary medicines (CM), with many more TCM users in Africa, Australia, North America, and Asia [2,3]. A survey conducted by the Ministry of Health, Singapore in 2004 showed that 53% of the population had consulted a TCM practitioner in the previous year [4]. In addition, available data suggests that the global TCM market is substantial. The output of Chinese materia medica (CMM) was about US$83 billion in 2012 and the global market for all herbal supplements and remedies could reach US$115 billion by 2020 [5,6].

Despite its widespread use and substantial market, there are still major challenges in the standardisation of TCM products in terms of their clinical efficacy and safety. Quality control of TCM products is a critical prerequisite for ensuring their therapeutic efficacy and safety, particularly when rationalizing their use in healthcare [7,8]. Unlike conventional medicines, TCM products present some unique problems in quality standardisation due to the nature of herbal ingredients present. Natural factors such as species variability, geographical climate, cultivation conditions, and harvest time can collectively influence the quality of plant material available [9,10]. Furthermore, the constituents responsible for the claimed therapeutic effects are often unknown, while analysing the complex compositions of these products demands very high sensitivity and multiple assays. In spite of these challenges, there exists a general consensus regarding quality control of raw CMM. Standards for the minimum acceptable quality of raw CMM are comprehensively listed in pharmacopoeia monographs such as the Chinese, United States, British or European Pharmacopoeias. For instance, the 2015 edition of the Chinese Pharmacopeia gives details of relevant methods to determine the identity, presence of and acceptable levels of impurities, and other techniques to evaluate the minimum levels of ‘chemical markers’ in more than 500 raw TCM herbs. Likewise, the Hong Kong government has developed the Chinese Materia Medica Standards (HKCMMS) for a total of 275 CMM [11,12].

Traditionally, TCM products are CMM that include Chinese herbs and medicinal materials obtained from animal and mineral sources used in the practice of TCM, and include:

a) Raw CMM: CMM that are either in their natural state or that have undergone simple processing (e.g. cutting, drying etc.).

However, with the modernization of TCM and increased consumer demand for TCM therapies that are convenient to administer, a third category of TCM products has emerged:

c) TCM Granules: Raw CMM that are extracted with water, concentrated at a low temperature, spray dried, and then mixed with excipients in specified proportions to form concentrated granular products. These products are also known as Chinese Patent Medicines in Taiwan.

With no consensus on the evaluation criteria of TCM granule products, the TCM industries in Singapore and Greater China find themselves in a dilemma. Societal pressure brought about by the demand for convenience has made TCM granules a popular choice for TCM practitioners, but at the same time there is an obvious lack of recognised standards and monographs for TCM granule products. To demonstrate the need for such standards, we preliminarily assessed the consistency of commercially available TCM granule products that were labelled as identical, to determine if there are variations in product quality.

To evaluate the quality of TCM granules, three Cortex Magnoliae officinalis (CMO,ÃÂ¥ÃÅ½ÃÅ¡ÃÂ¦ÃÅÃÂ´) products were analysed (Table 1) using High Performance Thin Layer Chromatography (HPTLC) and Ultra Performance Liquid Chromatography (UPLC). HPTLC was used for a quick qualitative analysis by visual comparison of separation profiles of granules while UPLC was applied to accurately quantify the chemical markers specified in the Chinese Pharmacopeia. The assays were performed following the protocols described in the Chinese Pharmacopeia and HKCMMS.

The Chinese Pharmacopeia (2015 ed.) specifies that a CMO product shall contain not less than 2.0% of the total content of magnolol and honokiol calculated with reference to the dried substance. The results showed that CMO 2 contained less than 2.0% of the total amount of magnolol and honokiol. Moreover, HPTLC fingerprinting demonstrated visually that the HPTLC profiles of the three CMO products were significantly different (Figure 1). A similar trend was observed in several other TCM granule products analyzed in this study. Figure 1: Chemical fingerprinting of the three CMO products by HPTLC.

These results clearly indicate that there are consistency issues with the quality of TCM granule products. In addition to the factors mentioned previously contributing to product variability, different granule manufacturers may employ very different processes when producing their granule products. More importantly, these TCM granules are used interchangeably with raw CMM in TCM clinics and are prescribed by TCM physicians and consumed directly by patients as therapeutic drugs. Further differences exist in the prescribed dosages as TCM granules are considered to be more concentrated than raw CMM. Although the availability of TCM granules makes it convenient for patients to prepare these TCM therapies, the lack of internationally recognised standards and monographs for TCM granule products makes it very difficult to evaluate the quality of these products.

With the modernization of the TCM industry and the integration of western and eastern medical practices, TCM products are set to play a major role in the future of healthcare. As such, medicinal products such as TCM granules will be increasingly used as therapeutic drugs by patients, and should be backed up by scientifically proven safety and efficacy data. There is therefore a pressing need for the establishment of standards, specifications, and monographs of TCM granule products in order to safeguard patients’ interests and better integrate TCM and orthodox medicine in the healthcare system.

We are grateful to Temasek Polytechnic (TP) for providing the research funding support and acknowledge the contributions of many colleagues from the School of Applied Science, TP.