A Review on Edema 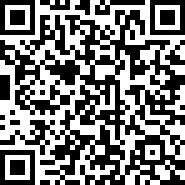 Edema is a swelling which is caused due to accumulation of fluid due to release of fluid from small blood vessels (capillaries) or interstitial spaces to nearby tissues. It may affect a small area or even entire body. The affected body part is considered to be edematous. Edema is most commonly seen in the legs, feet, ankles and it can even affect other body parts. Edema is a side effect in many medications. The article presents information on the types, symptoms, causes, diagnosis and treatment of edema.

Edema is a swelling which is caused due to accumulation of fluid due to release of fluid from small blood vessels (capillaries) or interstitial spaces to nearby tissues. Swelling may be caused due to the reasons such as pressure within the blood vessels, build-up of fluid following removal of the lymph nodes, inflammation, water retention, hydrostatic Pressure, tissue (interstitial) oncotic pressure. The capillary damage or increased pressure either by injury or inflammation leads to the swelling of the body parts. It may affect a small area or even entire body. The affected body part is considered to be edematous. Edema is most commonly seen in the legs, feet, ankles and it can even affect other body parts. Edema is a side effect in many medications [1-6].

Edema of foot is known as Pedal edema.

Pulmonary edema is characterized by accumulation of fluids in air spaces and parenchyma lungs. It may lead to respiratory failure.

The accumulation of increased water content in the brain is known as cerebral edema. It may be caused due to ischemic stroke, cancer, or brain inflammation due to meningitis or encephalitis.

It is different from hives where swelling is caused underneath the skin rather than surface of the skin. It occurs on the face.

It is a rare genetic condition that affects immune system. Release of fluids from capillaries to the surrounding tissues result in edema. Swelling affects face, genitals and abdomen.

Blood retinal barrier is responsible in maintaining homeostasis (restricting movement of plasma constituents into the retina). The disruption caused in the homeostasis leads to macular edema.

Dependent edema is the swelling that occur in the legs and lower body which is affected by gravity and which is position dependent.

It is caused due to enlargement of the scrotum due to fluid accumulation around the testes.

Lipedema is a disorder of the fatty (adipose) tissue that causes swelling of the legs and hips.

Accumulation of fluid in tissues no particular cause.

When pressure is applied on the skin and removed, a depression is seen.

Edema in which there is no presence of depression when pressure is applied [7-19].

• Swelling or puffiness in the affected area

Medications that cause edema

Increased sodium content in body results in the swelling of body parts.

Hormone fluctuations in menopause and pressure by uterus on blood vessels and more water retain in pregnant woman may cause fluid retention.

Insufficient vitamins B6 and B5 may cause fluid retention.

On high temperatures body doesn’t work efficient in removing the fluid from the tissues [33-46].

Kidney function failure in eliminating fluid and sodium from blood causes increased pressure on blood vessels which leads to leaking of liquid. Swelling is caused in legs and eyes.

Inability to pump blood effectively (congestive heart failure) leads to the accumulation of the blood in limbs causing edema in limbs.

Accumulation of fluids in lungs leads to pulmonary edema.

Swelling in the retina in diabetes is called Diabetic macular edema.

Accumulation of water in a brain tumor.

Urine tests are done to identify if there is any loss of protein from the kidneys.

• The decreased albumin levels in chronic liver diseases lead to blood clotting. Therefore the albumin levels are to be determined to identify the presence of edema.

• Liver biopsy is done to collect a tissue sample by small needle inserted into the liver which is to be analyzed to diagnose liver diseases.

• Electrocardiogram (ECG or EKG): It is done determine how long the electrical wave takes to pass through the heart by which we can evaluate pulmonary arterial pressures.

• Pulse oximetry: It is used to determine the oxygen in the blood by a sensor which is attached to ear or finger which uses light.

• Echocardiogram: Transducer is the device which generates high frequency sound waves that reflect from the heart tissues, and the image is composed on a monitor which shows the blood flow and also pressure in the heart.

• Cardiac Catheterization and Angiogram: If the specific cause of your pulmonary edema is not determined in Electrocardiogram or Echocardiogram, then cardiac catheterization and coronary angiogram is done. In this method a catheter is sent into the heart chambers to measure the pressure in your heart.

• Magnetic Resonance Imaging (MRI): When confirmation of thrombosis is not obtained by duplex ultrasonography this additional imaging is needed to diagnose the cause of edema. Magnetic resonance aids in the diagnosis of musculoskeletal etiologies and also directly visualizes the lymphatic channels.

• Computerized Tomography of the Heart (CT): It creates detailed pictures of the heart and its arteries which evaluates if there is narrowing or a blockage in arteries. It helps to detect various heart diseases.

• Transesophageal Echocardiogram (TEE): Transducer is attached with then catheter and passed through esophagus to have a closer view of heart [59-73].

It is done to determine the lymph flow. In this method indirect radionuclide lymphoscintigraphy shows absent or delayed filling of lymphatic channels.

These drugs increase the production of urine which facilitates the increased water and sodium excretion from the body.

Some diseases like cystic fibrosis, sleep apnea prevent you getting enough oxygen. In this condition oxygen therapy is a medical intervention that provides extra oxygen.

It is a human antibody fragment designed for intraocular use which keeps new blood vessels from forming under the retina.

These stockings compress the skin underneath them which prevents swelling at that part. Stockings are available in different sizes like ankle high, knee high and thigh high. These are preferred on the basis of the swelling area and volume. Mild leg edema due to varicose veins can be treated.

Elevation of legs in inclined angle may help reducing swelling for people with mild edema. Swollen ankles and feet in a pregnant woman can be treated by body positioning [75-94].

Edema is a swelling which is caused due to accumulation of fluid due to release of fluid from small blood vessels (capillaries) or interstitial spaces to nearby tissues. Edema caused by different diseases, kidney diseases, heart failure, venous insufficiency, chronic lung disease, liver cirrhosis, diabetes, renal diseases etc. It is also caused due to some medications like vasodilators, estrogens, corticosteroids, cytokines, chemotherapy drugs etc. Diagnosis of edema is done by various methods like chest X-rays, heart function and liver function tests, blood tests and urine tests. Ultrasonography and Lymphoscintigraphy are the choice of imaging techniques which are done to confirm the cause if not known from the above methods. Low salt intake and body positioning are the natural ways to treat edema. Body positioning and compression stockings are the natural treatment for foot and ankle edema. Diuretics, anticoagulation therapy and oxygen therapy are the better treatment methods for edema.