A Surgical Procedure for Re-Implanting a Tooth that has been Rendered Hopeless because of Periodontitis: A Case Report 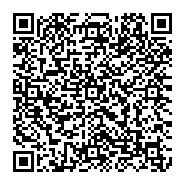 The effective replantation of periodontal involved incisors that were previously considered hopeless. After endodontic repairs and manipulations, teeth were purposely removed from the socket and reinserted. The patient was examined for three months after the implant. Surgical drilling was performed to rebuild a periodontal deficient socket, which was followed by Tetracycline-HCI conditioning, bone grafting, and periodontal preservation. The tooth's radiographic scan revealed no signs of pathosis. On probing for periodontal health, no bleeding was noticed, and no problematic pockets were discovered. In some cases, purposeful replantation may be beneficial in preserving the native dentition. When periodontally affected teeth have a poor or dismal prognosis, purposeful tooth reimplantation may be an alternative therapeutic option.

Periodontal therapy's primary purpose is to repair the teeth. On a biological and functional level, managing anterior teeth with extensive periodontal damage is difficult. In individuals with severe periodontal disease, neither surgical nor non-surgical treatment options are effective, and extraction may be required [1]. When a tooth is taken from its socket and treated outside the mouth, it is replanted [2]. This sort of treatment may be employed when more traditional types of treatment fail or are unfeasible [3]. It has also been utilized to treat vertical fractures in addition to horizontal fractures, endodontic and periodontal diseases, periodontal impaired teeth with unknown results, and specific anatomical anomalies, such as radicular grooves [4].

In this case report, the clinical and radiographic 3-month results of purposeful replantation of periodontal damaged teeth were attempted.

In this 28-year-old individual with a normal systemic state, radiographs and clinical results revealed localized severe Periodontitis. On the left and right central incisors, a combination of significant periodontal bone loss, deep periodontal pockets, over-expansion, pathological migration, suppuration, bleeding on probing, sensitivity on the lower central and lateral incisors, and general gum recession was detected (Figure 1A). Attachment loss was moderate to severe, and oral hygiene was modest to moderate, according to a general oral examination. The radiographs indicated substantial alveolar bone loss, as well as apical bone loss and a widening of the periodontal ligament gaps (Figure 1B). The patient was scheduled for periodontal therapy. Oral hygiene education, scaling, and root planning were all part of the early stages of periodontal treatment. Within a week, the periodontal treatment resulted in considerable improvements in oral hygiene and gum health, as well as a reduction in periodontal pocket depth. The central and lateral incisors were endodontically treated and replanted in two visits. Despite the chance that the tooth may not survive, the patient agreed to reimplantation. The written consent was signed by the patient.

After the administration of local anesthesia sulcular incision was given, and the gingival attachments of central and lateral incisors (Figure 2A) were removed using a periotome. Teeth were gently removed and placed on a moistened, sanitized sponge using a traumatic approach. After the apex was gently dried, a little quantity of zinc-free amalgam was added to close the apical foramen. To remove the granulation tissue at the bottom of the socket, curette it and gently rinse it with sterile saline solution (Figure 2B).

The socket walls were prepared by drilling at a low speed and chilling with sterile saline (Figure 3). Scaling and planning were done on the root surfaces. Tetracycline-HCL (100 mg/ml) was administered to root surfaces using sterile cotton pellets (Figure 4). The roots of the teeth were kept inside the socket using a dental bone graft and a PRF membrane, and the splinted tooth was replanted and sutured as illustrated in Figure 5 (A and B). 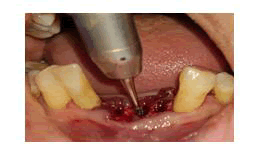 Figure 5: (A) Tooth reinserted in the extraction socket; (B): Splinting done and tooth immobilized.

Patients were advised to avoid eating stiff foods with their anterior teeth for at least three months. A dose of amoxicillin 500 mg is prescribed twice a day. In addition to routine oral hygiene, prescribe analgesics and interdental brushing on the replanted area for five days. A 0.2% chlorhexidine mouthwash was prescribed twice daily for 14 days. Regeneration followed three months later. A maintenance recall program was placed on the patient for the first three months following regeneration therapy. Figure 6 (A,B) shows an indicated positive result three months after insertion. At each recall visit, we reviewed clinical parameters such as splint integrity and provided oral prophylaxis and instructions on oral hygiene. Observations and radiographs indicate the patient has continued receiving supportive periodontal therapy for 3 months and has not displayed any untoward signs of root desorption or mobility.

Numerous studies have shown positive outcomes. It has been reported that periodontal involved teeth can be replanted successfully over 8 years by Baykara and Eratalay [5]. In 2003, Demirep, et al. reported positive results after replanting periodontal hopeless teeth [6]. In 2010, Yaprak, et al. reported successful reimplantation of two upper adjacent central teeth that had become extremely mobile due to extensive periodontal disease [7]. A similar treatment plan was followed in the current cases, which was successful for three months. An alternative is to remove the central incisor and replace it with opposing laterals and central teeth using a fixed prosthetic restoration. However, the treatment would be relatively inexpensive for patients and would yield some results. In the first six months following extraction, 40% of the alveolar height and 60% of the alveolar width may be lost. Because of this, poetics in the central area would be taller than usual, and dark spots in embrasure areas would be larger than usual. Alveolar crest replanting prevented post extraction loss [8]. According to some reports, there should be a 15-minute period between extraction and replanting. The replanting process took about 30 minutes in these case reports. A periodontal disease is treated by removing irritants from tooth surfaces and root surfaces. There is an accumulation of plaque and dental calculus, resulting in periodontal destruction, pocket formation, and bone loss. The mainstay of treatment is extraction, since it may lead to mobility. According to Demiralp, et al., proper patient selection based on clinical and radiographic evaluations directly affects the success of intentional replantation.