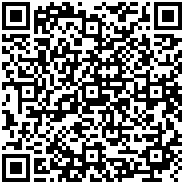 Neuroblastoma is an extracranial, solid tumour of sympathetic nervous system originating in the sympathetic ganglia and the medullary region of the adrenal gland. They occur mostly during childhood before five years of age. They are rarely reported in adults. Here we report a case of a previously healthy 23-year-old male presented to our medicine department with a palpable abdominal mass with pain as the chief complaint. Clinical evaluation revealed tender hepatomegaly and adjacent another slightly tender mass in the right lumbar region considered an adrenal mass. CT scan of whole abdomen with contrast showed a large lesion in the right adrenal region which was pushing the right kidney laterally, liver superiorly and midline structures towards the left side with invasion of liver. The FNAC from the mass gave us a diagnosis of neuroblastoma. He was put on chemotherapy regimen. Although adrenal neuroblastoma is rare in adulthood, it should be considered in the differential diagnosis for patients with adrenal mass.

Neuroblastomas are aggressive, malignant tumors derived from primitive neural crest cells. It is a childhood tumor occurring in infants and young children (five years and less in 90% of all cases) [1,2]. It comprises about 8-10% of pediatric cancers [3]. Forty percent of patients who present with clinical symptoms at diagnosis are under 1 year of age, and less than 5% with clinical symptoms are over the age of 10 years [4]. Some cases have also been found in adolescence period. The tumors are still classed as a medical rarity in adulthood (20 years of age or older). The most common locations for primary diseases in adult are abdomen (about 40% in adrenal gland and 25% in paraspinal glands), followed by the thorax, pelvis, occasionally head and neck and extremities [3]. These tumors often have peculiar features and behave differently than those in infants and children. Myriad clinical presentations depend on the size and location of the primary tumor and metastatic sites but can occur without any specific symptoms.

We feel warranted in reporting a case of adrenal neuroblastoma in adult to emphasize diagnostic awareness.

A 23-year-old Bangladeshi male presented to the medicine department of Dhaka Medical College Hospital (DMCH) with the complaints of right sided upper abdominal mass along with pain for two and half months and vague symptoms like non-specific headache, palpitation, feverish feeling, anorexia and weight loss ( about 12 kg in 2 months). His abdominal pain was gradual in onset, Intermittent , cramping, more during night, radiated to back (right side), aggravated with movement, partially relieved by taking pain killer, having no relationship with food. General examination revealed blood pressure was 140/100 mmHg with no postural drop. Subsequent measurement showed persistently elevated blood pressure; highest recorded blood pressure was 170/100 mmHg. No lymph node was palpable. On examination of abdomen, there was a evidence of tender hepatomegaly which was about 4.5 cm from the right costal margin, firm-hard in consistency, surface was irregular, margin was irregular, upper border of liver dullness found in 4th intercostal space in right midclavicular line, no hepatic bruit.

There was no evidence of ascites. Another slightly tender mass was found in the right lumbar region about 3*3 cm, hard in consistency, surface was smooth which did not move with respiration considering adrenal mass. On respiratory system examination, there was slight restriction in the right side of the chest with dull percussion note from 4th intercostal space to downwards with diminished breath sound in the above mentioned area. Other systemic examination findings were unremarkable. CT scan of whole abdomen with contrast revealed a large heterogeneously enhancing mixed density (containing calcification) mass lesion measuring about 15.6 * 12.9 * 12.9 cm is seen in the right adrenal region. The mass causing displacement of the kidney laterally, liver superiorly and midline structures towards the left side. Right lobe is enlarged in size containing fairly large (14.6 * 14.8 cm) ill-defined lesion having similar density to the above lesion. Left lobe is enlarged in size (possibly compensatory enlargement). Impression: suggestive of right sided adrenal mass with hepatic invasion (Figure 2a and 2b). Figure 2: (a and b) CT scan of abdomen revealed adrenal mass with liver mets. Figure 3: (a and b) Pseudo rosettes pattern in Adrenal tumour.

FNAC from liver mass showed malignant cells in clusters and groups. These reveal dark round to oval nuclei and small amount of cytoplasm. The background shows hepatocytes and blood. Final diagnosis: positive for malignant cells suggestive of metastatic neuroblastoma [Figure 4: showed large irregular nuclei and moderate amount of cytoplasm] 24 h Metanephrine in urine was normal (1150 nmol/day). We planned to do bone marrow biopsy, bone scan and MIBG scan of adrenal gland. But in the meanwhile patient’s condition deteriorated. Further proposed investigation could not be done. He was shifted to Oncology department for initiating chemotherapy. After having 1st chemotherapy, his condition improved but after 3rd dose he experienced respiratory distress. After settling down, he was asked to have regular follow up to complete chemotherapy regimen.

Neuroblastomas are primitive neoplasm of neuroectodermal origin, composed of immature neuroblasts. The etiology of this tumor is unknown in most of cases. Only few cases are familial [5]. Neuroblastoma may occasionally coexist with some other disorder of the neural crest, such as von Recklinghausen's disease, Hirschsprung’s disease or neurofibromatosis [6]. Occasionally neuroblastoma may be due to a mutation inherited from a person’s parents [7]. Environmental factors have not been found to be involved [8]. They has been linked to specific gene mutations. Familial neuroblastoma in some cases is caused by rare germline mutations in the anaplastic lymphoma kinase (ALK) gene.

The age range is broad, including older children and adults. It is the 4th most common malignant tumor in childhood. Median age at presentation 23 months, peak 0-4 years, slightly more common in boys (1.2:1) [9,10]. Rarely diagnosed prenatally (most often in 3rd trimester) on ultrasound9. Only 10% of cases occur in people older than 5 years of age [11]. Adrenal neuroblastoma occurs almost entirely in infants and in children; according to surveillance, epidemiology and end results. In this index case, the patient was presented at 23 yrs of age which is rarely observed .Consequently clinical data regarding presentation, management, and outcome of adult patients with neuroblastoma are scarce and most patients appear to be treated along the pediatric guidelines available.

It occurs anywhere in distribution of sympathoadrenal neuroendocrine system. Most in adrenal gland (~40%) and paraspinal ganglia (25%) followed by connective / subcutaneous / soft tissue (~20%), retroperitoneum (~15%), mediastinum (~10%) [12-14]. It can develop in other sites also (5% pelvic, 3% cervical and 12% miscellaneous. Adult neuroblastoma is a rare medical entity with 60-70% of these cases usually diagnosed at an advanced stage, when the patient has already metastases. This is consistent in our index case as he was diagnosed as adrenal neuroblastoma having hepatic invasion.

Neuroblastomas can present with a wide variety of clinical signs and symptoms depending on the location of the primary tumor and extent of tumor. It comprises abdominal mass, watery diarrhea syndrome (6%), opsoclonus-myoclonus-ataxia syndrome: rapid eye movements, ataxia, irregular muscle movements and heterochromiairidis: cervical, mediastinal neuroblastoma (prenatal/ postnatal interruption of sympathetic tracts that mediate pigmentation of iris), horner's syndrome (damage to sympathetic trunk resulting in miosis, ptosis, enophthalmos and anhidrosis): head, neck, thorax tumors, paralysis: paraspinal tumors [15]. Fever, anemia, weight loss and fatigue are general warning signs that are less frequent. Neuroblastoma is known to be an aggressive tumor, as it has the tendency to infiltrate the surrounding tissues and spread via lymphatic and hematogenous dissemination. The bone marrow, the bones, the liver and the skin are the sites most prone to metastases. Metastasis rarely occurs in the lungs or the brain. Also it can give rise to periorbital ecchymosis (raccoon eye) when metastasized to the orbit15. These generally present at an advanced stage, may have an aggressive to indolent course and worse prognosis; with ultimate survival being less than 5% [12,13].

Lab tests include urine biochemistry for catecholamines or their metabolites (dopamine, vanillylmandelic acid, homovanillic acid). Only 40%-57% adult patients demonstrate urinary catecholamine elevation compared with 95% of children with neuroblastoma [12]. Non-specific markers are thrombocytosis, increased ferritin, neuron-specific enolase, lactate dehydrogenase. Imaging tests are also important and include X-ray, ultrasound, CT and MIBG scan. Specifically, the abdominal X-ray shows non-specific findings, such as calcifications (dotted, amorphous) and displacement of the intestinal helixes or evidence of bone metastases, such as unclear boundaries, lytic lesions and pathological fractures. The abdominal ultrasound reveals the presence of cystic elements within the tumor as well as calcifications, while a pathognomonic feature is the presence of nodules, increased echogenicity and homogeneous composition. Irregularly shaped, lobulated, +/- calcification / necrosis / hemorrhage, usually heterogeneous mass on contrast-enhanced CT is found. Calcifications occur at a rate of 80%16 and liver metastases can be observed in advanced stages due to diffuse infiltration (stage IV-S). Great diagnostic accuracy regarding the preoperative staging of the tumor is achieved through the 123-IMIBG [16-18].

CECT is the imaging modality of choice as it provides information about the tumor density, local invasion, and distant metastasis and also helps to plan the surgical management. In our case, contrast CT scan of whole abdomen showed a large heterogeneous mixed density mass containing calcification in the right adrenal region. Also ill-defined lesion having similar density was found in the right lobe of the liver indicating hepatic invasion. FNAC from liver mass malignant cells in clusters suggesting metastatic neuroblstoma.

As the patient’s condition deteriorated, we could not perform further investigation. Moreover we compelled to transfer him to oncology department for initiating chemotherapy.

The therapies for these different risk categories are very different. Low-risk disease can frequently be observed without any treatment at all or cured with surgery alone [7,8]. Intermediate-risk disease is treated with surgery and chemotherapy. High-risk neuroblastoma is treated with intensive chemotherapy, surgery, radiation therapy, bone marrow/hematopoietic stem cell transplantation biological-based therapy with 13-cis-retinoic acid (isotretinoin or Accutane and antibody therapy usually administered with the cytokines GM-CSF and IL-2 [7,8].

With current treatments, patients with low and intermediate risk disease have an excellent prognosis with cure rates above 90% for low risk and 70–90% for intermediate risk [7]. In contrast, therapy for high-risk neuroblastoma the past two decades resulted in cures only about 30% of the time. The addition of antibody therapy has raised survival rates for high-risk disease significantly.

Adrenal neuroblastoma has been seldom reported case in adult. It behaves differently than those in children and may follow unfavorable outcome. It should be kept in mind while formulating differential diagnosis of adrenal mass. The treatment of neuroblastoma is based on pediatric guidelines due to its rare appearance in adults. It is a challenge to establish proper treatment protocol for adult cases due to lack of data regarding disease course in adults.