Advances in Immunotherapy and Radiation Therapy 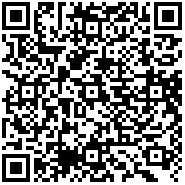 Immunotherapy advancements have greatly improved cancer treatment. Immunotherapy particularly Immune Checkpoint Inhibitors (ICIs) is now being used to treat a variety of advanced-stage cancers including metastatic melanoma, late-stage Non-Small Cell Lung Cancer (NSCLC), Hodgkin's lymphoma, Head And Neck Squamous Cell Carcinoma (HNSCC) and urothelial carcinoma. Because of its capacity to limit cell proliferation, radiation therapy is routinely used to treat malignant tumours. Ionizing radiation causes cellular death by destroying the DNA of malignant tissue. Shaped radiation beams are focused from many angles of exposure to intersect at the tumour producing a considerably bigger absorbed dose there than in the surrounding healthy tissue sparing normal tissues (such as skin or organs that must pass through radiation to treat the tumour). The radiation fields may additionally include the draining lymph nodes if they are clinically or radiologically involved with the tumour or if subclinical malignant dissemination is suspected. Radiation oncology is a medical speciality that deals with the administration of radiation as opposed to radiology which deals with the use of radiation in medical imaging and diagnosis. A radiation oncologist may prescribe radiation with the goal of curing the cancer ("curative") or as adjuvant therapy.

It can also be used as a palliative treatment or as a therapeutic treatment. Radiation therapy is frequently used with surgery, chemotherapy, hormone therapy, immunotherapy or a combination of the four. Most common cancers can be treated in some form using radiation treatment. Both radiation and immunotherapy have different interactions with the immune system. By enhancing the release of tumour related antigens, proinflammatory cytokines and chemokines, radiotherapy boosts antitumor immunity. It also encourages the synthesis of immune suppressive cytokines particularly when irradiation is repeated. Furthermore, irradiation of the bone marrow, blood and Draining Lymph Nodes (DLNs) causes significant leukopenia and lymphocyte destruction which is linked to a lower patient survival rate. The type, location and stage of the tumour as well as the patient's overall condition will determine the treatment intent (curative, adjuvant, neo-adjuvant therapeutic or palliative). TBI (Total Body Irradiation) is a type of radiation therapy used to prepare the body for a bone marrow transplant. Another type of radiation therapy that limits exposure to healthy tissue during procedures to treat malignancies of the breast, prostate and other organs is brachytherapy in which a radioactive source is inserted inside or close to the area requiring treatment. Trigeminal neuralgia, auditory neuromas, severe thyroid eye disease, pterygium, pigmented villonodular synovitis and the prevention of keloid scar formation, vascular restenosis and heterotopic ossification are among the non-malignant disorders for which radiation therapy is used. Concerns about radiation-induced tumours have limited the use of radiation treatment in non-malignant illnesses.

Most cancers are unable to elicit significant endogenous immune responses and are not sensitive enough to produce therapeutic outcomes only through the use of synthetic immunological methods. Ionizing radiation kills tumour cells directly and boosts tumour specific immunity. When radiation is used alone, however, local relapses are common. Because radiotherapy has strong immune stimulatory effects, it can be used to combine immunotherapy with various types of radiotherapy.