An Analysis of the Variability of Haemodynamic Parameters in Patients with Ischaemic Heart Disease Undergoing Dental Surgery: A Randomised Clinical Trial 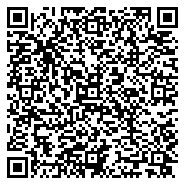 Background: The aim of this study was to compare the influence of 2% lidocaine with and without a vasoconstrictor agent (0.00125% norepinephrine) on the haemodynamic parameters of patients with ischaemic heart disease during basic dental surgery procedures.

Materials and Methods: In total, 120 adult patients were enrolled into two groups: (1) patients with detected and treated ischaemic heart disease and (2) healthy patients not taking any medications. Each group was additionally randomly assigned to an experimental group, which received 4.0 mL of 2% lidocaine containing 0.00125% norepinephrine prior to surgery, or a control group, which received 4.0 mL of 2% lidocaine without norepinephrine. Haemodynamic parameters (systolic blood pressure, diastolic blood pressure, heart rate and blood oxygen saturation) were measured three times: before surgical procedures and 5 and 20 minutes after administration of local anaesthesia. Before treatment, patients were asked to complete a general health survey.

Conclusion: The addition of 0.00125% norepinephrine to 4.0 mL of 2% lidocaine for local anaesthesia during basic dental surgery procedures exerts no significant effect on the haemodynamic parameters of patients with coronary artery disease.

Local analgesics are the most commonly used drug group in dental practice. The safety of vasoconstrictor agents in local anaesthesia (LA) in dentistry has been debated for decades [1-4]. Although many studies justify their use in healthy patients [5-8], data related to cardiac compromised patients are limited [9].

Plain local analgesic solutions currently used in clinical practice do not cause vasoconstriction. However, local vasoconstriction is a favourable feature of LA as it increases the depth and duration of anaesthesia and reduces bleeding as well as systemic toxicity [9-16]. Vasoconstriction caused by epinephrine stimulation of the α1, β1 and β2 receptors may result in increasing heart rate (HR) and myocardial oxygen consumption. These actions are the basis for potential interactions with drugs that affect the same receptors, especially nonselective β blockers, and may result in the intensification of drug effects and an increase in blood pressure [17,18].

In addition to vasoconstriction, physiological responses to presurgery emotional stress or intraoperative pain may induce an increase in the blood concentration of endogenous catecholamines and result in systolic blood pressure (SBP), diastolic blood pressure (DBP) and HR increases. In addition, a brief discussion with the dentist increases SBP by 5 or 6 mm Hg, whereas waiting in the dental chair may increase the HR by approximately 12 beats per minute [19]. It should be taken into consideration that cardiocompromised patients are at higher risk from the massive release of endogenous catecholamines associated with anxietyand insufficient pain control [20]. Notably, however, vasoconstrictors may also reduce the massive release of endogenous catecholamines associated with stress and anxiety related to dental appointments [21].

As we mentioned in our systematic review the most common risks that can occur in patients after administration of local anaesthesia in order to cardiovascular system are: increased HR, tachycardia and arrhythmia. In electrocardiography (ECG) we can also observed asymptomatic ischaemic changes and STsegment depression. Besides a major part of this changes were clinically insignificant, in cardiaccompromised patients ECG monitoring should be considered during application of higher dosage or concentration of vasoconstrictors in anaesthetic agents. It is worth to mentioned that 40% of complications appeared after the administration of plain anaesthetic solutions [9].

Therefore, the aim of this study was to analyse the variability of Bhaemodynamic parameters [SBP, DBP, HR and blood oxygen saturation (SpO2)] in patients with ischaemic heartdisease (and healthy volunteers) according to the type of LA.

In total, 120 adult patients were enrolled in this prospective randomised study. Participants were selected according to inclusion criteria (Table 1) from patients qualified for treatment in Dental Surgery Clinic, Pomeranian Medical University (from April 2013 to October 2014). The patients were fully informed of the purposes of the study and the procedures involved, and written consent was obtained.

Before treatment, patients were asked to complete a general health survey. The inclusion and exclusion criteria are presented in (Table 1).

The participants were divided into two groups: (1) patients with detected and treated ischaemic heart disease and (2) healthy patients not taking any medications. The patients from each group were enrolled and randomly assigned using a single draw without return formula to an experimental subgroup (A) and control subgroup (B) (Figure 1). Figure 1. Overview of Patients divided to groups (1,2) and Subgroups (A,B).

Patients from A subgroups were receiving 4.0 mL of 2% lidocaine containing 0.00125% norepinephrine (NE) before surgery. Patients from B subgroups were receiving 4.0 mL of 2% lidocaine without avasoconstrictor agent. Blood haemodynamic parameters (SBP, DBP,HR and SpO2) were measured thrice as follows: (1) after 5 minutes of rest in a sitting position in the dental chair and before the deposition/administration of the anaesthetic agent; (2) 5 minutes after the injection; and (3) 20 minutes after the administration of LA. All measurements were performed by the same clinician/person and using the same equipment in each case: a blood pressure monitor (Greenlight 300, Accoson, Harlow, Essex, USA) to assess SBP and DBP and an oximeter GO 2 LED (Nonin Medical, Plymouth, Minnesota, USA) to evaluate HR and SpO2 . The oximeter was placed on the middle finger of the left hand. Blood pressure measurements were also conducted after placing the cuff on the patient's left forearm. Mean arterial pressure (MAP) was calculated using the formula MAP = (SBP+2DBP)/3. This study was blinded to the patient and statistician and approved by the Committee of Ethics at the Pomeranian Medical University, Szczecin, Poland (KB0012/29/13).

The administration of anaesthesia was successful in all patients. There were no adverse reactions before, during or after surgery. Surgery time ranged from 25 to 35 minutes. Demographic data of participants are presented in Table 2.

In the coronary artery disease (CAD) group, 68% of patients presented with hypertension, 20% with myocardial infarction, 20% with diabetes, 15% with stroke and 12% with cardiac arrhythmia. The characteristics of the CAD group are presented in Table 3.

Table 3. The characteristics of invasive treatment in CAD group.

An analysis of haemodynamic responses to lidocaine with and without NE as an LA revealed the following information.

When the groups were evaluated separately, an increase in blood pressure was noted from baseline to the procedure and 5 minutes after LA. In addition, a decrease between 5 and 20 minutes after LA and a continuous decrease in HR values were also noted. However, no significant differences between patients who received LA with and without a vasoconstrictor agent were noted when the groups were compared (Tables 4 and 5). Table 4. The values of haemodynamic parameters of patients with coronary artery disease and healthy subjects.

A multivariate analysis that took into account the age, sex and weight of the patients indicated that the association remained significant only with SpO2 3. For the other parameters, the differences were not significant. For the SpO2 3-2 and SpO2 3-2%, we found that age dissimilarity between the groups (and not the type of LA) was responsible for the differences in saturation.

The current guidelines regarding the use of vasoconstrictor agents in LA are based on the results from healthy young volunteers and should not be transferred to patients with cardiovascular diseases. Studies of cardiovascular patients are difficult to conduct. Thus, insufficient data are currently available to define new treatment protocols based on scientific evidence.

The results of this study reveal significant differences in the HR and SpO2 in healthy patients comparing the NE and plain groups, whereas change in SBP, DBP and MAP were not statistically significant. We can only discuss those recent reports focused on epinephrine use. Akinmoladun et al. found a modest increase in epinephrine group MAP between the preand postdrug administration state (3.6 mL of 2% lidocaine 1:100,000 and plain 2% lidocaine), whereas the contro group exhibited no differences. Moreover, both groups exhibited a slight increase in DBP [6]. According to Silvestre et al., the use of vasoconstrictor agent has no effect on BP in normotensive patients. The authors cite certain increases in SBP occurring at the moment of tooth extraction and at the end of the procedure as attributable to increased levels of anxiety [7].

Some recent studies have focused on NE as a vasoconstrictor agent in dental use. Drugacz et al. examined the effect of NE on cardiovascular risk patients and found no negative effects to the cardiovascular system [22,23]. Similar results regarding the use of epinephrine were obtained Niwa et al. [24]. The authors concluded that slight changes in parameters, such as BP, HR and vasoconstrictor levels in the blood, should be associated with the accompanying emotional experience. The same conclusion was drawn by Larangoit et al. due to increased cardiac rates and BP observed in patients from the plain 2% lidocaine group [19]. Zetingolou et al. observed significant differences in HR after the administration of 3.6 mL of 2% lidocaine with (1:80,000 epinephrine) and without vasoconstrictor in sedated cardiac patients. Authors attributed the increase HR to the combination of epinephrine and lidocaine, but overall they recommended that dose as safe during oral surgery in high risk cardiac patients [14]. Elad et al. also noted no clinical severe adverse effects in any ofpatients. One of the patients from the lidocaine group presented ischaemic changes on their electrocardiogram, but temporal analysis revealed that its distribution in time was not related to the timing of LA [25].

According to Neves et al. the use of vasoconstrictor has proven to be safe. The authors observed no difference in BP and HR or evidence of ischaemia and arrhythmias in patients with coronary artery disease. Moreover, in the authors’ opinion, the increase in BP was independent of the presence or absence of vasoconstrictor in the anaesthetic solution. Otherwise, the study did not confirm the hypothesis that adverse drug interactions betweennonspecific βblocking agents may cause increases in BP [26].

Likewise, the trial performed by Larangnoit et al. with 1.8 mL of 2% lidocaine with epinephrine (1:100,000) did not reveal differences in BP, HR, SpO2 and electrocardiography (ECG) before, during and after LA. According to study results, the arrhythmias observed before dental anaesthesia did not change in form or amplitude after the procedure [19].

Ogunleve et al. also examined patients with hypertension using 3.6 mL 2% lidocaine with epinephrine (1:800,000) and found that haemodynamic changes during tooth extraction were within the normal range and did not differ from those induced by plain anaesthetic [15].

In contrast, in a study of hypertensive patients, Ezmek et al. noted significant differences in the mean MAP and HR change in the plain lidocaine group during observation periods from the initial time to 10 minutes after injection with 3minute intervals between measurements [28].

Taking this into account, the relationship among blood flow, pressure and systemic resistance is more important than SBP or DBP with regard to the MAP value. In this study, the comparison of both LA solutions demonstrated that the MAP values did not significantly differ.

As discussed previously, inadequate pain control may lead to increased level of endogenous catecholamines. Pain primarily results in the release of NE and secondarily epinephrine. NE may provoke an increase BP and other cardiotoxic effects [16]. In contrast, the results obtained by Elad et al. demonstrated that the provided LA did not result in severe pain [25].

In summary, despite some changes in blood haemodynamic parameters, the majority of studies favour the use of vasoconstrictor agents for cardiac patients in dental daily practice.

Our results bolster this recommendation, as we have demonstrated in our SR that the use of ≤ 4 ampoules of anaesthetic with epinephrine appears to be safe for cardiovascularly compromised patients. As 40% of complications involve patients who received anaesthesia without a vasoconstrictor agent, it must be emphasised that it is important to be cautious and continuously monitor patients [9]. In Poland, we continued the use of NE. Based on our results, we can add NE to the list given that a dose of 2 ampoules is safe for patients with ischaemic heart disease and comorbidities. The main limitation of this study is the fact that patients with coronary artery disease presented multiple treatment schedules (containing only β blocker therapy, calcium channel antagonists or a combination of both), which could confound the correct causal inference.

The addition of 0.00125% norepinephrine to 4.0 mL of 2% lidocaine for local anaesthesia during basic dental surgery procedures exerts no significant effect on the haemodynamic parameters of patients with coronary arterydisease.