An Evaluation System of Urban Smart Growth in Wuhou District of Chengdu, China

Copyright: © 2017 Wang C, et al. This is an open-access article distributed under the terms of the Creative Commons Attribution License, which permits unrestricted use, distribution, and reproduction in any medium, provided the original author and source are credited. 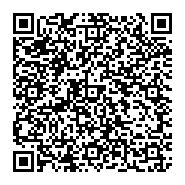 The new and diversified urban smart growth model, has been gradually developed and accepted by people around the world. First of all, according to the scientific, systematic and comparable design principles, the author establishes the urban growth intelligibility evaluation system composed of four subsystems, such as urban growth intensity, urban land growth efficiency, urban livable level and urban growth structure. Then, we use the improved entropy value method to carry out dimensionless processing on each index, and then determine the weight of each index. Finally, the evaluation system is used to quantitatively evaluate and analyze the degree of smart growth in Wuhou District of Chengdu, and then putting forward the development plan to guide its growth towards smart.

At present, the urban development model is facing many difficulties, the phenomenon of urban sprawl continues to emerge. A new and diversified urban smart growth model [1] has been gradually developed and accepted by people around the world. Urban smart growth is aimed at solving the problems in the process of urban development in order to promote the development of the city, and make the urban land more scientific, compact and efficient [2]. This model was first proposed by Grand Daning, Governor of Maryland, USA in 1997, the original intention is to establish a state government to guide the means of urban development, and government spending on urban development have a positive impact to some extent ease the problem of urbanization in the suburbs of the United States [3].

Smart growth is an urban planning theory that originated in 1990’s as a means to curb continued urban sprawl and reduce the loss of farmland surrounding urban centers [10].

These broad principles must be tailored to a community’s unique needs to be effective [11]. Thus, any measure of success must incorporate the demographics, growth needs, and geographical conditions of a city as well as the goal to adhere to the three E’s [12].

So far, many scholars have put forward their own research methods for quantitative evaluation of urban smart growth, these methods are summarized as follows: Analytic hierarchy process, Gray relational analysis, Ecological footprint model and Entropy method. The entropy method in the case of extreme or negative value of the case is inadequate [13]. Therefore, on the basis of the existing research results, the author makes some improvements to the entropy method, and takes the Wuhou District of Chengdu as the research object, carrying out quantitative assessment and analysis of the degree of urban smart growth in order to provide information for the relevant government units to develop information to help, while enriching the quantitative growth of quantitative assessment methods [12].

Based on the theory of smart growth: Smart growth as a trend of development of foreign countries, it is worth learning from China and other developing countriesThe three goals of smart growth-Economic Prosperity, Social Equity and Environmental Sustainability are important parts of building a smart city [14].

Urban smart growth depends on the state of the various elements within the city system, isolated to grasping a single index the effect is very limited, focusing on the system as a whole, in order to obtain a good integrated function. This is also one of the starting points for the selection of indexes of the city's smart growth evaluation index system.

The selected indexes need to be able to scientifically and comprehensively reflect the connotation of city’s integrated environment.

For each index can be in different nature, different regions of the city to compare. As far as possible to choose the relative value, the average value as an evaluation index. Figure 1: The process of evaluation system.

In this paper, the construction of the evaluation index system mainly refers to the "smart growth" ten principles, LEEDND (LEED for Neighborhood Development Rating System) and the WHO's health community evaluation index [15].

As an increasingly important factor in economic activities, land is becoming more and more important to economic development. It is helpful to evaluate the efficiency of urban land use in an objective and comprehensive way. Increasing the urban economic expansion coefficient indexes, is conducive to reflect the economic growth brought about by the growth of urban construction land, making the city a more comprehensive evaluation of the intensity of growth.

Urban per capita road area is reflected in the city with the expansion of urban road construction progress and enhance the situation, to a large extent determine the efficiency of urban production and life; and urban per capita bus number to a certain extent reflects a The city with the growth of the city government attach importance to the degree of priority of public transport, but also the international measure of a city urban growth is reflected in the environment low consumption, low carbon, energy saving the main indexes; urban built area green coverage indexes reflect the city with the growth of the city The degree of the construction and improvement of the greening environment reflects the situation of the urban green space environment construction. The number of the books that the city has per capita objectively reflects the level of the enjoyment of the basic services of the urban public culture, which is an important index of the city's smart growth. Air quality and good rate reflects the quality of the city's air a year, but also reflects the city life comfort an important index.

After the data are processed by the extreme method, the entropy method is used to determine the weight of the data. According to the characteristics of entropy, we can judge the discrete degree of a certain index by the entropy value, the greater the degree of the discrete index, the greater the impact of the index on the comprehensive evaluation. The following steps are required to determine the weight of the index by the entropy method.

There are seven main steps in the comprehensive evaluation of urban smart growth with improved entropy method.

is the index value after quantization;

is the average of the j index; is the standard deviation of the j index.Step two: to eliminate negative values, pan the coordinates. The index

after the coordinate translation.

Where K is the magnitude of the coordinate translation.

Step four: calculate ej the entropy of the index of item j

Step five: calculate the difference coefficient gj of item j. The formula is gj=1-ej, when the value of gj is larger, the importance of xj index in the comprehensive evaluation is stronger.

Finally, use the formula

to calculate Vi the city's smart growth capacity in year i.

For selected cities, data collection and normalization are performed for each index. Based on the weight of each index, we can synthesize 17 factors into 13 third-level indexes and further synthesize 4 second-level indexes. Finally, we can get the general index of the "smart growth" degree of each city, so we can list the following formula:

Analysis on the Degree of Smart Growth in Chengdu City

Wuhou District is located in the southwest of Chengdu, has a long history and rich cultural resources. To the end of 2015 Wuhou total population reached 0.54 million, the natural population growth rate of 0.994%; land area of 122 km2, of which 4.72 km2 of arable land; Wuhou District annual GDP of 79.51 billion RMB, Including industrial output value of 12.8 billion RMB.

The economic development statistics of Wuhou District are as follows:

The level of urbanization statistics of Wuhou District are as follows. The built-up area and cultivated land area statistics of Wuhou District are as follows:

The process of urban space expansion is also a process of improving the area of built-up area and the area of occupied cultivated land. The increase in urbanization and the expansion of urban metropolitan areas are still at the expense of a sharp decline in cultivated land area. As the "Chengdu Statistical Yearbook" statistics on the calendar year in the city area of arable land are scattered and not complete, it cannot effectively reflect the changes in Wuhou District. Therefore, the cultivated land area data are used in the city's statistical data (including municipal districts and counties under the jurisdiction of, while the built-up area is using the statistical data of municipal districts. Although the statistical standards of the two are different, there are some errors in contrastive analysis and trend change, but they do not affect the overall contrast effect and the overall situation. The built-up area and cultivated land area of Wuhou District from 2011 to 2015 are as shown in the Figure 3. Exponential Analysis on the Smart Growth of Wuhou District

The three indicators of the Wuhou District of smart growth data from 2011 to 2015 are as shown in the Table 3.

Using the entropy method to calculate the above data, the weights of the three indexes are shown in Table 4.

Table 4. The weight of each of the three indexes.

And then reach the five-year study of the first-level indexes of precision as shown in the Table 5.

According to the above data, we can see that in the five years of 2011-2015, Wuhou urbanization as a whole is getting higher and higher, it is developing more and more "smart".

As a result of various factors, Wuhou District in different historical periods has different degrees of expansion. Before China's reform and opening up, the main expansion areas of the Wuhou zone were urban areas in the north and west, especially in the southwest. After China's reform and opening up, the Wuhou District spatial expansion mainly concentrated in the interior of the city, and at the same time, it expanded to the south-east area bordering Yuci District.

The population density and employment density of Wuhou District are both large, and the population distribution is more dispersed, has a higher degree of urbanization. But the land use level is low, the contradiction between land supply and demand is prominent, land use structure and layout is not reasonable. In the traffic aspect, for residents of Wuhou District, because the proportion of public transport travel is minimal, leading to its travel structure is extremely unreasonable, and the performance of urban road congestion at the peak of the situation is extremely serious. Although the urban volume rate has been rising in recent years, but the value is truncated; and housing vacancy rate is generally high, a serious backlog of commercial housing, land waste serious.

In order to solve the problems in Wuhou District spatial expansion, we should formulate scientific land use planning, and implement reasonable urban spatial expansion strategy; Strengthen the intensive use of urban land, and promote the compact development of cities; Protect green open space and prevent urban disorder expansion; and advocate TOD development model, vigorously develop the use of urban underground space.

This research was supported by the national natural science foundation of China (41371092) and Henan polytechnic university Foundation (B2015-62).