An Overview of Marine Biology 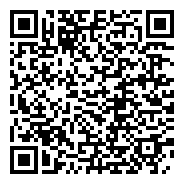 Marine biology is the scientific study of marine life, or species that live in the sea. Because many phyla, families, and genera in biology have some species that live in the water and others that survive on land, marine biology classifies species according to their environment rather than their taxonomic classification. Marine life is a massive resource that provides food, medicine, and raw materials, as well as assisting in recreation and tourism around the globe. Marine life influences the nature of our world. Marine creatures play an important role in the oxygen cycle and in the control of the Earth's climate. Marine life shapes and protects shorelines, and certain marine organisms even assist in the formation of new land.

Humans rely on a variety of species for their livelihood, including finfish and shellfish. It's also becoming apparent that the health of marine species and other organisms are inextricably intertwined. The human body of knowledge about the relationship between sea life and significant cycles is quickly expanding, with new findings occurring virtually every day. These cycles include those of substance (like the carbon cycle) and air (like Earth's respiration and energy transfer via ecosystems like the ocean). Huge areas beneath the ocean's surface are still largely undiscovered.

Coastal and open ocean habitats are the two types of marine environments. Coastal habitats are found in the area between the seashore and the continental shelf's edge. Even though the shelf region represents for only 7% of the overall ocean area, coastal environments are present in the majority of marine life. Open ocean habitats are located beyond the continental shelf's edge in the deep ocean. Alternatively, coastal and demersal habitats can be distinguished in marine ecosystems. Pelagic habitats are found on the surface or in the open water column, away from the ocean's bottom and influenced by ocean currents, whereas demersal habitats are found near or on the occean's bottom but are not affected by ocean currents. The inhabitants of marine ecosystems have the ability to alter it. Some marine animals, such as corals, kelp, and sea grasses, are ecosystem engineers, changing the marine environment so more habitat for other organisms can be created.

There are some species that exist in the sea and others that live on land in numerous phyla, groups, and genera in biology. Species in marine biology are classified based on their environment rather than their taxonomy. As a result, marine biology includes not only species that live entirely in the sea, but also organisms whose lives revolve around the sea. Microbial marine systems, as inhabitants of the world's largest habitat, influence every global system. Microbes are responsible for nearly all photosynthesis in the ocean, as well as carbon, nitrogen, phosphorus, and other nutrients and trace elements.

Zooplankton are larger than bacteria and aren't altogether tiny. Many Protozoa, such as dinoflagellates, zooflagellates, foraminiferans, and radiolarians, are zooplankton. Some of them (such as dinoflagellates) are also phytoplankton; in very microscopic creatures, the distinction between plants and animals is sometimes blurred. Cnidarians, ctenophores, chaetognaths, mollusks, arthropods, urochordates, and annelids like polychaetes are examples of zooplankton. Before they grow large enough to acquire their familiar forms, many larger species start off as zooplankton.

Because the marine ecosystem is so vast, there are numerous sub-fields of marine biology. The majority of them involves researching specialised animal groupings, such as phycology, invertebrate zoology, and ichthyology. Other subfields look into the physical impacts of constant immersion in sea water and the ocean in general, as well as adaptability to a salty environment and the effects of modifying different oceanic features on marine life. The study of the paths between oceans and ocean life, as well as global warming and environmental challenges, is a branch of marine biology (such as carbon dioxide displacement). Recent advances in marine biotechnology have primarily focused on marine biomolecules, particularly proteins, with potential applications in medicine and engineering. Many unique biological elements that may inspire biomimetic materials can be found in marine environments.