An Overview of Pediatric Cancer 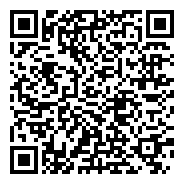 Cancer that occurs in children is known as pediatric cancer. In the United States, an arbitrary age range of 0-14 years, inclusive, is utilized, i.e., up to 14 years and 11.9 months of age. Adolescents between the ages of 15 and 19 are occasionally included in the definition of childhood cancer. The branch of medicine that deals with the diagnosis and treatment of cancer in children is known as pediatric oncology. Pediatric cancer is expected to affect more than 175,000 children worldwide each year, with a fatality rate of roughly 96,000. Childhood cancer has a mortality rate of roughly 20% in developed countries. Mortality rates in low-resource situations, on the other hand, are about 80% and even 90% in the world's poorest countries. Childhood cancer rates in the United States climbed by 0.6 percent per year between 1975 and 2002, while rates in Europe increased by 1.1 percent per year between 1978 and 1997. Unlike adult cancers, which are often the result of years of DNA damage, pediatric malignancies are the result of a misapplication of normal developmental processes.

Children with cancer are more likely to develop cognitive or learning issues. These issues could be caused by a brain injury caused by the illness itself, such as a brain tumour or central nervous system metastases, or by cancer treatment side effects such as chemotherapy and radiation therapy. Chemo and radiation therapy have been demonstrated in studies to destroy brain white matter and impair brain activity.

Post-Chemotherapy Cognitive Impairment (PCCI), sometimes known as "chemo brain," is a type of cognitive impairment caused by chemotherapy. This word is widely used by cancer survivors who have memory and reasoning impairments as a result of their therapy. Researchers aren't sure what causes chemo brain, but they believe it's related to either the illness or the cancer therapy, or it could be an emotional reaction to both.

In 2005, cancer of the brain or central nervous system was discovered in 2.9 of every 100,000 people aged 0 to 19, with 0.7 per 100,000 dying from it. Children aged 1 to 4 years old were found to have the most malignancies, whereas those aged 5 to 9 years old died the most. Astrocytoma, brain stem glioma, craniopharyngioma, desmoplastic infantile ganglioglioma, ependymoma, high-grade glioma, medulloblastoma, and atypical teratoid rhabdoid tumour are the most common subtypes of brain and central nervous system malignancies in children.

Survivors of childhood cancer are also at risk for developing renal and liver problems. Those who have received liver irradiation, as well as those with variables such as a higher BMI and persistent viral hepatitis, are at an elevated risk of late liver unfavorable effects in pediatric cancer survivors. In childhood cancer survivors, certain medications including liver operations may raise the chance of severe liver consequences.

Tumors with clinically targetable oncogenes are uncommon in childhood malignancies. As a result, chemo radiation, a combination of chemotherapy and radiotherapy, is widely used as a therapeutic option. Chemotherapy's cytotoxicity can cause both immediate and long-term treatment-related comorbidities. More than 80% of children receiving therapy for high-risk malignancies have life-threatening or deadly toxicity as a result of their treatment.

Children with cancer require psychosocial support throughout their treatment, but evidence-based interventions must be implemented more widely across pediatric cancer clinics.