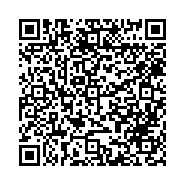 Owing to the limited regenerative capability of spinal cord, the sensory and motor function of the patient could be permanently compromised after spinal cord injury (SCI). After acute SCI, an ischemic contributed to the decrease in tissue pH immediately, forming an acidic environment. Meanwhile, infiltrating macrophages and in situ activated microglia reached their respective peaks at focal area on 3 and 7 days after injury and polarized into “classically activated macrophage (M1)” due to the effect of Tumour Necrosis Factor (TNF)-α and other pro-inflammatory factors responsible for the secretion of more pro-inflammatory factors, which further led to the aggravation of the injury and formation of scar tissue On the other hand, when macrophages and microglia bind to specific factors, they can be polarized into M2 subtype, also known as “alternatively activated macrophage,” which secretes anti-inflammatory factors and reduces the inflammatory responses.

In the stage of acute SCI, the balance between M1 and M2 subtypes could be one of the key factors in determining the prognosis of SCI. Neural tissue engineering, as a promising alternative therapeutic strategy for biomimetic regulation and promoting neural regeneration, has attracted considerable attention. In the study of conventional tissue engineering using biomaterials to transmit biological information to promote neural differentiation of stem cells, nerve repair is at risk of failure under the influence of severe immune inflammation exerted by acute SCI. Therefore, the construction of the bio inspired material that can rapidly respond to local microenvironment during the acute stage and accurately regulate macrophage and microglia cell polarization to reduce inflammatory response and provide sustained neurogenic platform for stem cells in the later stage may break through the bottleneck of the current treatment of acute SCI.

As one of the pivotal elements concerning tissue engineering, scaffolds made of biomaterials has been employed as the vehicle for stem cells or bioactive factor delivery as well as the core template for cellular activity and tissue regeneration. The oriented electro spun fibres with biomimetic structure have been extensively reported in the repairing of specific tissues due to its capability in contacting guidance tissue regeneration and loading bioactive drugs. However, before qualified as a suitable drug loading vehicle, electro spinning technique still had some problems to solve such uncontrolled burst release, short sustained release period, and low focal concentration. Previously, the micro sol electro spinning technology developed by our group has exhibited significant advantages over emulsion electro spinning and coaxial electro spinning due to its simple equipment, stable process, high drug loading rate >80%, and prolonged controlled release for >6 weeks, which opens up a way for the sustained release of water-soluble drugs and protein molecules. More importantly, the core–shell structure could shield the vulnerable biological factors against unpleasant microenvironment, quantifying it as a suitable structure for controlled bio factor release in acidic environment after SCI.

In addition, cationic liposomes have provided another option for the drug loading in electro spun scaffold. More importantly, they could potentially endow the electro spun fibres with the capability of non-viral gene transduction due to their membranelike structure and promoted lipid exchange, adsorption, and endocytosis with cell membrane. Loading the cationic liposome with non-viral gene transfection vectors was reported to be an effective while safe approach due to its reduced toxicity and non-involvement of host genome. Studies have shown that combining electro spinning with cationic liposomes would be more effective in antibacterial, inducing bone tissue regeneration and promoting vascular repair. However, few studies were reported to employ similar strategy to simultaneously control the inflammatory response after acute SCI and promote nerve regeneration continuously. In addition to biomaterials, biological factors comprise another key element in tissue engineering to endow the biomaterial with the functionality of immune regulation under spinal cord microenvironment and neurogenic activity for the guidance of stem cell differentiation. Interleukin-4 (IL-4), a member of the chemokine family, is a cytokine secreted by white blood cells and plays a regulatory role between white blood cells. It can bind to macrophage surface receptors to phosphorylate signal transducer and

activator of transcription factor 6, induce T helper type-2 immune response through the phosphoinositide-3 kinase/AKT signalling pathway and promote tissue repair and reduce inflammatory immune response. It has also been reported that IL-4 can play a protective role in the central nervous system and promote the migration of endogenous stem cells to the injured site to create a more favourable microenvironment for nerve repair. Moreover, IL-4 can indirectly promote Schwann cell migration and synthesis and release of Nerve Growth Factor (NGF) in the nervous system. NGF has the dual biological effect of nourishing neurons and promoting axon growth and plays an important role in promoting the differentiation of endogenous neural progenitor cells into neuron-like cells. Under pathological conditions caused by SCI, the depletion of local NGF leads to the damage of protecting neurons and promoting nerve regeneration, so it is imperative to supply NGF continuously in the repair of SCI. In spite of multiple candidate biological factors in the treatment of SCI, integrating them with biomaterials in a manner suited for the biological and pathological feature of SCI would be the key in successful recovery of compromised functionality.

In this work, inspired by the inflammation and acid-enriched feature of the microenvironment after acute SCI, a biomimetic fibre scaffold with both immunoregulation function and neurogenic potential is designed to satisfy the specific demand during the acute-stage suppression of inflammation and later-stage neural regeneration in the scenario of SCI. The aldehyde-modified cationic liposomes loading IL-4 plasmid (pDNA) are grafted onto the surface of amino-modified oriented micro sol electro spun fiber scaffolds through Schiff base bond that could break under acidic environment, leading to the release of pDNA-loaded liposome as well as its transfection effect that induced the M2 polarization and anti-inflammatory factor secretion of macrophages and microglia, so as to achieve the triggered and rapid immune regulation effect on the suppression of inflammation during the acute stage and pave the way for later-stage neural regeneration. The construction of oriented fiber scaffold as well as the loading of pDNA-liposome and NGF are fully investigated through physiochemical methodologies, followed by the evaluation of the fibre scaffolds’ in vitro effect on immunological regulation and neurogenic stimulation using macrophages and bone marrow mesenchyme stem cells (BMSCs). A spinal cord hemi-section model on Sprague Dawley (SD) rat is employed to investigate the in vivo performance on inflammation suppression and nerve regeneration together with the promoted functional recovery