An Perspective on Neuroimaging and Methods Involved 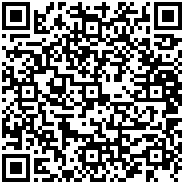 Multiple methods have been developed recently to per- form meta-analysis of functional neuroimaging data. Many of them have been task dependent. Propose to extend to BOLD fMRI; a method that has been proposed in the mid- 60’s to assess the relationship between response times in young and older adults across a variety of tasks called the Brinley plots. In the proposed method, a linear regression is performed over the average BOLD activity map taken over different scanning sessions (while performing different tasks) taken from each group to be compared (e.g., older versus younger adults). This provides a relatively easy method to perform a meta-analysis to evaluate two different groups that take into account between-task differences.

Recent advances in magnetic resonance imaging acquisition techniques have not only focused on functional sequences but also on anatomical ones. One important contribution to this field has been the recent development of diffusion weighted imaging magnetic resonance (MR) sequences in order to study the quality of white matter connectivity and importantly perform tractography in order to study for the first time anatomical connectivity in the human brain in vivo. Indeed, five articles in the present issue focus on such methods. Use diffusion tensor imaging (DTI) tractography to study cortical and subcortical connectivity of the pulvinar in the living human brain. Their results are in accordance with those previously observed in monkeys and provide further support for an important role of the pulvinar in human visual information processing and spatial attention. One difficulty often encountered in per- forming analyses of effective connectivity (such as structural equations modeling or dynamical causal modeling) of fMRI data is that one usually has to provide an initial network model to be validated. This model should ideally be based on known anatomical connections between brain regions. However, such information in humans is still incomplete. In their article, present a study that revisits existing functional networks using DTI. The obtained results are of great interest for all researchers in the field. Information is provided about the likelihood of region connections via tractography. For a number of connections the authors find anatomical connectivity that corresponds to the pro- posed functional paths. They provide compelling examples showing that the use of DTI tractography is a valuable tool to define the anatomical networks required to perform good analysis of effective connectivity. From a more methodological viewpoint, propose a model for the structure of the brain which considers anatomical connections between various cerebral regions as being geodesic with respect to a metric given by the inverse of the diffusion tensor. Using this geodesic method, they are able to construct a path connecting every pair of brain regions. However, the brain is obviously not fully connected, and consequently, they needed to determine whether a given geodesic really represents a white matter fiber tract or not. This is why they also propose an index for the probability of being a fiber, which combines a term that represents the data fit and another term that represents the data confidence. Their new algorithm is tested on simulated data and proves to be computationally fast as well as robust to local perturbation induced by fiber crossing. They also use it on real data to show its feasibility.

A new approach in studying diffusivity in the human brain has been the use of high angular resolution diffusion imaging (HARDI) as an alternative to DTI to overcome the latter method’s limitation in complex fiber regions with crossing. Two articles propose novel methods to make the best use of such acquisition sequences. Probabilistic algorithms have been preferred to standard streamline techniques because they are robust to noise in the orientation distribution functions (ODFs) maps and because they can go through bundle crossings that are likely to happen given the effective resolution of the voxels. Perrin et al. develop a new probabilistic algorithm based on the fiber ODF using a Monte Carlo random walk algorithm. Monte Carlo particles move inside the continuous field of q-ball diffusion ODF and are subject to a trajectory regularization scheme. Their new algorithm is tested on simulated data. Segmentation of white matter and subcortical structures from diffusion weighted magnetic resonance imaging, either DTI or HARDI, is fairly recent. Wassermann et al. use a region-based statistical active contour technique on these images of ODFs to find coherent white matter fiber bundles and a nonlinear spectral-clustering algorithm is presented in order to segment different fiber bundles.