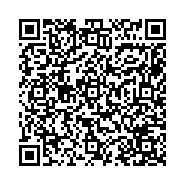 Crash box is a separate component in vehicle which is mounted in between main frame of the car and front bumper. At the time of the accident it deforms axially and absorbs accidental energy. Crash box structure provides comfort to the passenger at the time of impact. It works as safe guard for the costly components behind the bumper like engine hood and cooling system. In this report plane crash box geometry is studied for the energy absorption. Study is based on analytical, experimental and numerical work. Various parameters like width, thickness, filler material which affects the crash box performance are studied by using Design of experiments. In this experiment we will be using ABAQUS CAE as a modelling and analysis software.

The safety of automotive has been the main pursuing goal for designer. The crashworthiness design of the body structure is very important security measures, and it can improve the impact safety performance of vehicle. In cities, frontal and behind or angle crash accident of automobile in low-speed often occurs. It does not attract enough attention to car manufacturers, so it is particularly important that studying energy absorption characteristics of the car components in low-speed collision.

A traffic collision, also called a motor vehicle collision (MVC) among other terms, occurs when a vehicle collides with another vehicle, pedestrian, animal, road debris, or other stationary obstruction, such as a tree, pole or building. Traffic collisions often result in injury, death, and property damage. A number of factors contribute to the risk of collision, including vehicle design, speed of operation, road design, road environment, and driver skill, impairment due to alcohol or drugs, and behavior, notably speeding and street racing. Worldwide, motor vehicle collisions lead to death and disability as well as financial costs to both society and the individuals involved. Traffic collisions can be classified by general type. Types of collision include head-on, road departure, rear-end, side collisions, and rollovers (Figure 1). Road injuries resulted in 1.4 million deaths in 2013 up from 1.1 million deaths in 2010. This is about 2.5% of all deaths. In 2016 50 million more were injured in motor vehicle collisions. According to the data log of the government of India road accidents in some of the states of India are listed below [1]. In order to overcome these problems, this paper is useful for finding different solutions on it. Bike pooling is an android application in which people will share bikes to travel distances which goes along the same route of the bike user. Bike Pooling is a pick-up and drop-off service provided to the users according to their needs. Hence number of vehicles will be reduced so that traffic congestion problems, air pollution will be reduced. Bike pooling also helps people to share their travel expenses that is fuel costs which will also be useful to save fuel for future use as fuels are getting decreased day by day due to large amount of consumption [2].

In this application Aadhar card link will be added for getting user's true identity. It also includes Google maps for tracing real time navigation. This application is useful for booking bikes from home also.

Crash box, with which a car is equipped at the front end of its front side frame, is one of the most important automotive parts for crash energy absorption. In case of frontal crash accident, for example, crash box is expected to be collapsed with absorbing crash energy prior to the other body parts so that the damage of the main cabin frame is minimized and passengers are saved their lives. Generated energy of the vehicle collided have been absorbed mainly by the plastic deformation of crash box. Position and structure of the crash box in the body structure as shown in Figure 2. When low-speed collision occurs, crash box absorb impact energy and reduce the peak force of the impact. In order to make crash box absorb the entire energy in the low-speed collision, it requires that the impact force is evenly distributed and the force value is not more than the value of permits to protect other structures from damage, and all the KE were absorbed. In term to achieve the passenger comfort by ensuring there safety and to provide safe guard for the costly components behind the bumper like engine hood and cooling system we have to improve effectiveness and performance by increasing energy absorbing capacity of the crash box [3]. In the design of metallic energy dissipating structures, the concept of a space frame composed of thin walled prismatic columns, has been identified as a very efficient impact energy absorbing system. In this type of structure, energy absorption will normally take place by a combination of progressive folding and bending collapse of the prismatic column. For light weight designs, low density metal filler, such as aluminum honeycomb or foam, has the potential for increasing energy absorption of a thin-walled prismatic column [4]. The increase of energy will be absorbed by the large compressive deformation of the filler. Recent developments of cost-effective processes for the production of low density cellular materials, such as aluminum foam, have cleared the way for using it in energy absorption devices to reinforce a space frame structure. There is large scope to improve energy absorption capacity of crash box using various methods. As discussed above there are large number factor which affect the energy absorption capacity of the crash box. Use of the aluminum foam is the recent trend and one of the options to increase energy absorbing capacity of the crash box. Instead of these filler material we can use the other filler materials such as various low density polyethylene materials. Other parameter which affects energy absorption is the shape. We are also going to perform experiments and stimulation on uses of various shapes and of uninformed cross-sectioned crash box [5].

To check various parameters such as energy absorption capacity, various stress induced and to check whether the scope is available or not for the further improvement we have done some FEA simulation on the ABAQUS CAE software for the crash box designed in catia software having dimensions as (80 x 40 x 300) mm. Figure 3 shows the model of the crush box as per the designed values used in current applications. Material specification of mild steel used for the analysis is listed in Table 1.

For the stimulation any model in CAE software it is necessary to provide some boundary conditions which probable in the actual model for the accurate results (Figure 4). This relates to the practical uses of the model. For this we have done assembly of the crush tube with two undeformable plates at the top and bottom of the tube. BC contains one end of the tube fixed at the lower plate and other side i.e., top side contains velocity conditions [6].

Using the above inputs and the use of the abaqus CAE software various results obtained are as shown in Figures 5-8. As the above graph of the total energy shows some difference in the KE and the PE this is the area of interest of our future work. As per the various studies energy absorption capacity depends on the shape, variation in the material properties, size, irregularities present in the specimen. So the energy absorption capacity can be increased to ensure passenger safety and comfort.