Anthrozoology: A Relation between Humans and Non-Humans 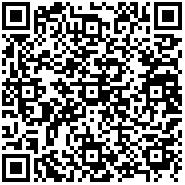 Anthrozoology, often known as human-nonhuman-creature studies (HAS), is a subgroup of ethnobiology that deals with human-nonhuman-creature cooperation. It is a multidisciplinary field that includes human sciences, ethnology, medicine, brain research, social work, veterinary medicine, and zoology, among other fields. The measurement of the good results of human-creature connections on one or both parties, as well as the analysis of their cooperation, is a major focus of anthrozoologic research. It brings together experts from a variety of subjects, including humanities, social sciences, science, history, and logic.

Anthrozoology researchers like Pauleen Bennett see a lack of thoughtful consideration given to non-human creatures in the past, as well as the connections between humans and non-human creatures, especially in terms of illuminating the size of creature portrayals, images, stories, and their genuine actual presence in human social orders. Rather of a unified methodology, the field currently consists of a few methodologies adapted from a few participating areas to encompass human-nonhuman creature relationships and sporadic attempts to establish unique strategies.

The University of Exeter in the United Kingdom offers an MA in Anthrozoology, which looks into human-creature interactions from anthropological (culturally varied) perspectives. The Waltham Center for Pet Nutrition, which collaborates with the US National Institutes of Health to examine HAI in relation to youngster development and maturing, considers human creature associations (HAI) that include companion animals.
H-Animal, the Human-Animal Studies listserv, and NILAS, as well as the Critical Animal Studies list, are currently three significant records for HAS researchers and understudies.

There are presently over twelve diaries discussing HAS concerns, with a substantial number of them having been founded recently, as well as many HAS publications, the most of which have been distributed recently (see for instance, Humanimalia). Brill, Berg, Johns Hopkins, Purdue, Columbia, Reaktion, Palgrave-Macmillan, University of Minnesota, University of Illinois, and Oxford all have HAS series or a large number of HAS works.

Furthermore, Animals and Society Institute (ASI) began sponsoring the Human-Animal Studies Fellowship in 2006, a six-week programmer in which pre- and post-doctoral researchers work on a HAS research project at a college under the supervision of host researchers and distance peer researchers. Since 2011, ASI has cooperated with Wesleyan Animal Studies, which will continue to work with ASI. Each year, a small number of HAS gatherings take place, including those organized by ISAZ and NILAS, as well as the Minding Animals meeting, which was held in Australia in 2009. Finally, more HAS courses are being shown currently than ever before. The ASI site lists over 300 courses in 29 fields at over 200 institutions and colleges (mostly in North America, but also in the United Kingdom, New Zealand, Australia, Germany, and Poland), excluding around 100 graduate school courses.