Behaviour and Evolution of Pseudoscorpiones 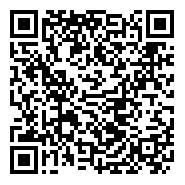 Arachnids of the order Pseudoscorpiones also known as Pseudoscorpionida or Chelonethida are known as pseudoscorpions. Sometimes known as false scorpions or book scorpions, since they feed on booklice, ants, mites, small flies, carpet beetle larvae and clothing moth larvae. Pseudoscorpions are typically advantageous to people. Despite being prevalent in many areas, they are minuscule and often unnoticed because of their modest size. Pseudoscorpions are frequently misidentified as ticks or tiny spiders by people when they do spot them, especially indoors. Phoresis is a type of commensalism where one organism uses another for transportation and pseudoscorpions frequently engage in it. Pseudoscorpions are members of the Arachnida class. They are tiny arachnids with pincer-like pedipalps that mimic those of scorpions and a flat, pear-shaped body. They typically have a length of 2 mm to 8 mm (0.08 inch to 0.31 inch). The Ascension Island species Garypus titanius has the greatest known size and can reach 12 mm (0.5 inch). Range typically measures 3 mm on average.

Pseudoscorpions have eight legs, each with five to seven segments. Families and genera are identified by the number of fused segments. They have two extremely lengthy pedipalps with palpal chelae (pincers) that resemble scorpion pincers in appearance. The pedipalps typically consist of a movable "finger" that is controlled by an adductor muscle and an immobile "hand". The majority of pseudoscorpions belong to the clade Iocheirata which includes venomous members. The venom gland and duct are often found in the movable finger, where the poison is employed to paralyse victims. Pseudoscorpions eat its prey after exuding a moderately caustic fluid over it during digestion. Each of the twelve segments of the abdomen known as the opisthosoma is shielded by sclerotized plates. Instead of growing into a segmented tail and stinger like true scorpions, the abdomen is short and rounded towards the rear. The paired claws are frequently a different colour than the body which can range in colour from yellowish-tan to dark brown. They could have one, two, four or none at all.

Pseudoscorpions lack book lungs unlike true scorpions and the Tetrapulmonata but they can spin silk from a gland between their jaws to create disk-shaped cocoons for mating, pupal or sheltering from the cold. Instead, they only breathe through tracheae which open laterally through two pairs of spiracles on the condition of abdominal segments 3 and 4's posterior borders. In certain species, the male pulls the female over a spermatophore that has been put out on a surface in an intricate mating dance. In some species, the male uses his forelegs to drive the sperm into the female genitalia. The young ride on the mother for a brief period of time after they hatch while the female carries the fertilised eggs in a brood pouch that is linked to her belly.

A single brood can produce between 20 and 40 young with the possibility of more than one brood each year. Before becoming adults, the young go through three moults over a period of several years. In order to protect themselves from predators during this vulnerable time, several species moult inside a tiny, silken igloo. Pseudoscorpions have an adult lifespan of about two to three years. They are active during the warm seasons of the year and hibernate in silky cocoons during the winter. Smaller species can be found in humus and trash. While some species are phagophiles and consume parasites as a form of cleansing symbiosis, others are arboreal. Some species feed on mites under the wing covers of some beetles while others are phoretic.