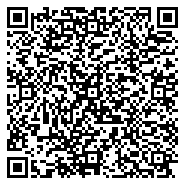 Dental bleaching has been considered the most accepted dental treatment in regards to esthetics as it provides conservative, non-invasive and cost effective treatment. Inoffice vital tooth bleaching is one of the techniques where the bleaching agent is applied in the office by the dental professionals [1-5]. The advantages of an in office bleaching over at home bleaching techniques are control over procedure , prevention of deleterious effect of bleaching material on soft tissue without its ingestion, reduced total treatment time, provides immediate results and increases patient satisfaction and compliance [6]. The most commonly used in office bleaching agent is hydrogen peroxide. Hydrogen peroxide is an oxidizing agent. It produces free radicals and these free radicals then act on the pigmented organic molecules which are further broken down. These broken down molecules will either diffuse through the tooth or will reflect less light [7] and results in effective bleaching. The concentration of hydrogen peroxide is relatively high when used for in office procedures which are the range of 30-35% [8]. The high concentration results in deleterious effects on tooth structure, pulp tissues and mucosal tissues of the mouth with subsequent postoperative sensitivity [9,10]. Therefore the efforts were made in the direction of reducing its concentration and achieving the same bleaching efficacy without any adverse consequences.

Bleaching efficacy has been evaluated by various subjective and objective methods such as value oriented shade guides, colorimeter and digitized photographs. The subjective methods are done with visual analysis, are not reproducible and are effected by various factors such as lighting, eye fatigue, observers experience while objective methods provides parametric data which can be subjected to statistical analysis [11]. Dentin hypersensitivity post bleaching treatment has been experienced by the patients and results in discomfort and discontinuation of the treatment. Teeth sensitivity is associated with higher concentrations and longer application time with the bleaching product [12,13]. Recently nitrogen duped visible light activating titanium dioxide which acts as photo catalyst has been added in inoffice vital bleaching materials. The addition of titanium dioxide lowers the concentration of hydrogen peroxide by accelerating its breakdown and enhancing the rate of bleaching [1]. Various studies have been published using this material. Thus this paper emphasizes on systematic review of the studies published in the dental journals involving titanium dioxide as photo catalyst for in office vital bleaching with hydrogen peroxide on bleaching efficacy and tooth sensitivity.

Table 1. Criteria for inclusion and exclusion of studies. Figure 1: Distribution of retrieved studies in the present systematic review.

The included studies were double or triple blind randomized clinical trial with split or parallel study design having a minimum of 20 patients in each group of 18-37years. The teeth bleached were either from first premolar to first premolar or canine to canine in upper arch or all anterior teeth .The Bleaching time, Bleaching efficacy and Dentinal sensitivity of the included studies were shown in Table 2.

The bleaching effectiveness was measured by comparing the tooth colour with baseline before application from immediately or after 1 week or 1 month after product application in the included studies. Hussan et al. in his systematic review found that the studies had measured effectiveness immediately after 2 weeks of product application [14]. The bleaching agent application was done in one, two or a maximum of three sessions. This may be due to the finding that one session was sufficient for noticeable degree of whitening but the rate of color regression was decreased with two sessions over one session [15]. The color assessment in the included studies was done with digital spectrophotometer with or without value oriented shade.

Bleaching effectiveness of lower concentration of hydrogen peroxide with titanium dioxide compared with 35% hydrogen peroxide used alone has resulted in either no clinical difference between the groups [2] or greater bleaching efficacy [1]. The greater efficacy was justified on the basis of using LED/laser light and heterogenous advanced oxidative process modulated by TiO_N nanoparticles [1]. However another study found [4] that lower concentration has given the lowest bleaching result which was explained on the basis of the bleaching protocol used in the clinical trial has resulted in reduced contact time of 6% hydrogen peroxide with nitrogen duped titanium dioxide by half the recommended time as proposed by the manufacturer [4].

It was found that the sensitivity and bleaching outcome has been related to the concentration and the total application time of the bleaching agent on the tooth structure [12,13]. The higher concentration and more contact time leads to ingress of hydrogen peroxide and its degradation product in the pulp chamber producing a reversible inflammatory response [16]. The previous study [17] on contact time has found that the three application of 15 mins in office bleaching rather than single application of 45 mins with 35% of hydrogen peroxide has resulted in effective bleaching efficacy and reduced tooth sensitivity.

It was observed that the combination of nitrogen duped TiO2 activated by visible light to hydrogen peroxide leads to its lower concentration and causes less dentinal sensitivity after treatment. Also these contemporary bleaching agents are safer and more efficient than the conventional bleaching agents [18]. The included studies also show the similar results.

The use of hybrid LED/laser light resulted in effective bleaching efficacy and reduced tooth sensitivity with 15% hydrogen peroxide compared when compared with 35% hydrogen peroxide [1,3]. Also previous study [19] has found that the use of hybrid LED/Laser light resulted in a significant reduction of tooth sensitivity and the treatment time was reduced by 53% with the same bleaching efficacy with 35% hydrogen peroxide without the light source. This may be explained by the efficacy of the hybrid light which causes little change in pulp chamber temperature and the temperature increase did not exceed 2°C, at the same time it resulted in polarization of the nerve fibres and leading to reduced sensitivity in both the groups [20]. The results of in vitro study [18] in rat experimental model have observed less inflammatory response of the pulp chamber when compared with in office bleaching without hybrid activation irrespective of the concentration of bleaching agent used which indicates the therapeutic effect of the infrared laser in the hybrid light.

Dentin hypersensitivity can be assessed either by stimulus based assessment or response based assessment. The stimulus based method uses stimulus intensity to provoke pain while response based methods needs subjective evaluation of the pain produced by a defined stimulus [21]. The dentin hypersensitivity may be different for different stimuli therefore it is advised that at least two different stimuli should be used in stimulus based methods [22]. The tooth sensitivity was evaluated in the included studies in terms of occurrence [2,4], intensity [2,4], duration [4] and type [4] and these were noted in the self-completed forms by the patient after each bleaching session. The patients were also provided 100 mm visual analog scale [1-3,5] and were asked to respond by VAS scoring when the upper central incisors were stimulated by activating an air syringe for 2 s at a distance of 1 cm from the tooth surface.

In regards to occurrence of tooth sensitivity there was statistically significant difference [1,3,4] between the groups. The 35% hydrogen peroxide treatment has resulted in highest intensity and longer duration of sensitivity than 6% hydrogen peroxide [1]. However no difference [2] between the groups was also reported and this was explained on the use of infrared laser which resulted in polarization of the nerve fibres and subsequently the reduced sensitivity in both the groups.

The following conclusion can be drawn from the present review:

2. The hybrid lights (LED and Laser) used has resulted in better results.

The studies have evaluated the results for a short term follow ups. Further studies are needed to evaluate the long term clinical results.