Bleeding Disorders in Orthodontics and Their Management - A Review

Orthodontic treatment is fully consistent with general health and it also improves quality-of life along with psychological considerations. Haemophilia is a disorder in which due to deficiency of some coagulation factors. Hereditary deficiency of coagulation factors has caused 90% of hereditary diseases: Haemophilia A, Haemophilia B and von Willebrand’s. Two issues need to be considered in the orthodontic treatment of haemophilia patients, iatrogenic viral infection and bleeding risk (especially when extraction or in orthognathic surgery). The aim of this article was to review the bleeding disorders in the patients undergoing orthodontic therapy. This article also describes oral manifestations and important considerations which need to be taken during treatment. Orthodontic treatment is not contraindicated in these patients but care should be taken to avoid gingival haemorrhage and soft tissue damage elicited by orthodontic appliances.

Today orthodontic therapy is not only available for only healthy and fit individuals but also for medically compromised patients due to better possible management of several serious medical problems. There are some problems which are encountered when orthodontic treatment is provided to patients having medical problems. One such condition most commonly associated with it is bleeding disorders. These are disorders of the clotting system in which prolonged and excessive bleeding occurs. It can be inherited or acquired. It is essential to recognise these conditions early to reduce potential complications. Assessment of these disorders is a key element in identification and prevention of medical problems [1]. Patients with mild bleeding problems do not pose many difficulties as compared to patients having severe bleeding tendencies, which can be more problematic for the orthodontist. Patients with mild bleeding disorders do not present any difficult problems for the orthodontist; however careful consideration needs to be taken in planning and performing their treatment to avoid serious complications later.

Bleeding occurs from the mouth manifested as gingival and post-extraction hemorrhages. The episodes of bleeding are more frequent in severe form (Figures 1 and 2). Bleeding in oral cavity is induced by several iatrogenic factors such as poor oral hygiene. In Von Willebrand’s disease, continuous oral bleeding leads to deposition of hemosiderin on tooth surfaces, making them brown [5]. 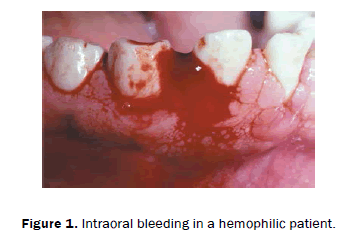 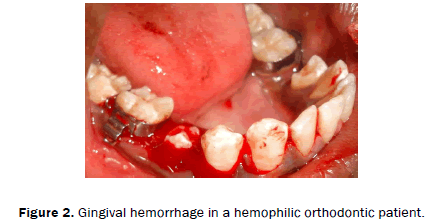 Many of the patients with severe haemophilia who were treated with appropriate human and concentrates had evidence of infection like hepatitis C or HIV [6]. Since the mid - 1980's different methods of manufacturing have been made to eradicate hepatitis B, C and HIV from human derived concentrates. The continued use of concentrates despite careful donor selection, safety protocols, screening procedures and improved methods of manufacture, still carried a small risk of transmitting transfusion induced viral infections. Almost all patients with moderate to severe haemophilia A require Factor VIII concentrate infusion before any surgical procedures. Recently a genetically manufactured Factor VIII product was introduced for widespread use in affected children, has further reduced the risk of viral transmission in this age group [7]..

According to reports from orthodontists who have treated patients with haemophilia, bleeding gums caused by orthodontic treatment, is sometimes not more than from normal patients [8]. Perhaps it can be mentioned that the reason that can raise the risk of bleeding in patients are poor oral hygiene and gingivitis. In these cases, special attention must be considered; no traumatic actions should be done during the use of orthodontic appliances and unnecessary tooth extractions or minor periodontal surgeries.

In haemophilic cases, special measures must be taken to prevent bleeding. Before anything, you should consult with Haematologist. Patient is checked on basis of clinical, medical and familial history. Laboratory tests are important and specialists are consulted to identify the type of disorder involved. Counselling is an essential step as awareness regarding good oral hygiene increases which helps in reducing number of visits to dental office. Instructions should be given to patients to prevent dental caries and periodontal diseases. Tooth brushing should be done at least twice daily on regular basis with toothpaste containing fluoride. This helps in plaque control, augmented by use of mouthwashes containing chlorhexidine and triclosan. Intake of sticky diet is avoided. This will reduce the chances of Ph level dropping below 5 (normal 7) and enamel demineralization. Pit and fissure sealants are another approach to reduce dental caries and oral prophylaxis for periodontally compromised patients. Risk of iatrogenic viral infection and bleeding are main areas which needs primary consideration in these patients [9-11]. Viral infection can be easily transmitted during extractions due to improper sterilization or due to inadequate methods in testing of blood for infections during transfusion. We should not use block anaesthesia injections as it is contraindicated unless there is no a better alternative, in which case, we should be take necessary measures to avoid hematoma [12]. Before extracting any tooth antibiotics and antiseptic liquids (chlorhexidine, povodin iodine) should be used to prevent infection. If the patient has moderate to severe haemophilia infusion of Factor eight should be done before tooth extraction [13]. Production of factor VIII genetically, reduces the risk of virus infection and transmission in these patients [14]. If the patient has severe haemophilia than it is better the patient is hospitalized and blood transmission (which contain needed clotting factors) is done. According to a study done by Sonis et al. [15]. It is better all teeth that are to be extracted for orthodontic treatment is removed in one single session. If the patient requires tooth extraction and it is inevitable, careful surgical technique should be used [16,17]. Amoxicillin (500 mg) should be prescribed for a week [18]. Haemostatic regimen in these cases is usually performed by Haematologists which include the following, increases factor VIII by 1-desamino-8-D-arginine vasopressin, factor VIII replacement with cryoprecipitate, factor VII, fresh frozen plasma, pure factor, antifibrinolytic treatment by tranexamic acid or epsilonamino caproic acid [19].

For all adult patients after tooth extraction tranexamic acid pill 500 mg, 4 times a day, for 10 days is recommended. This dose in children is different according to age and size [18]. In patients with haemophilia orthognathic surgery has not many contraindications, careful management and replacement of clotting factors is required [14]. Overall, all instruments that are used in haemophilic patient’s naturally should be used carefully to avoid injury [13].

Efforts should be made to avoid any kind of damage to gingival tissues from orthodontic appliance. Elastomeric modules should be used to secure the orthodontic arch wires rather than metal ligatures as latter carry the risk of mucosal irritation and gingival impingement (Figure 3). 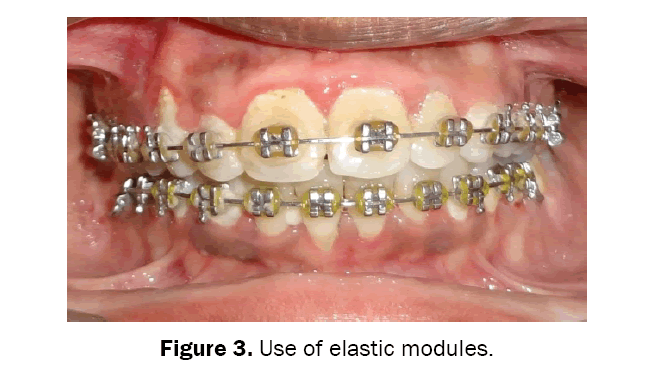 Figure 3: Use of elastic modules.

Management of bleeding is done by replacement of missing clotting factors. So, extractions and orthognathic surgeries are not contraindicated. Extra-oral anchorage measures should be used in cases where high orthodontic and orthopedic forces are needed to be applied. Self-ligating brackets are preferable to conventional orthodontic brackets as less plaque accumulation is seen with self-ligating brackets and it provides more comfort to patient (Figure 4). 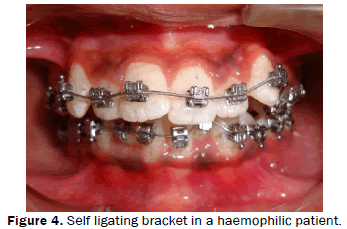 Figure 4: Self ligating bracket in a haemophilic patient.

Avoid high levels of forces in such patients. It will lessen the periodontal complications. If tooth extraction or any other surgery is required such as impacted teeth exposure in patients with bleeding tendencies, these patients are hospitalized and transfusion of missing clotting factor is given. So whenever possible, a non-surgical approach should be adopted. Dentist should be very careful when placing arch wires because they contain sharp end [13]. The orthodontist should be extra careful and make sure that the wire is completely cut-off. Overall duration of treatment should be reduced to a minimum so that less complex problems may arise [19]. Laceration of the gingiva by custom made bands is not very serious but it is better to use preformed bands. Today, plastic appliances are a good alternative for their metal counter parts. These plastic appliances do not have sharp edges hence no trauma to the gingiva. Using wax (relief wax) can be useful to reduce tissue trauma after appliance placement.

Studies have shown that people with haemophilia need extra precautions during orthodontic treatment (or at least equal to other populations) [5]. Haemophilia patients can be treated by all orthodontic procedures and even orthognathic surgery. When tooth extraction or orthognathic surgery is going to be planned, consultation with a Haematologist is essential. Medical science in the field of blood transfer and blood factors has advanced, it is still not possible to eradicate the transmitting viruses in these patients completely. Due to this the dentist must follow infection control and health measures appropriately. Orthodontic treatment does not increase the risk of bleeding intrinsically. It is essential to note that the importance of oral hygiene in orthodontic patients should be higher and in haemophilic patients should be much greater. All instruments that are used in haemophilic patient’s orthodontic treatment have the potential to cause injuries. Unwanted bleeding can be avoided if great care and standard protocol is followed.