Brief Note on Behaviour and Ecology of Giraffe 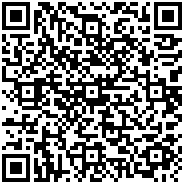 The giraffe is a tall African hoofed mammal. It is the world's highest living terrestrial mammal as well as the world's largest ruminant. Giraffes were once regarded to be a single species, Giraffa Camelopardalis, with nine subspecies. Due to fresh study into their mitochondrial and nuclear DNA, as well as morphological assessments, researchers recently proposed separating giraffes into up to eight living species. From the fossil record, we know of seven other extinct Giraffe species.

The giraffe is distinguished by its exceptionally long neck and legs, as well as its horn-like ossicones and spotted coat patterns. It is related to the okapi, which is its closest living relative, in the Giraffidae family. From Chad to South Africa in the north, and from Niger to South Africa in the west to Somalia in the east, it has a wide range. Giraffes prefer to live in savannahs and woodlands. They eat the leaves, fruits, and flowers of woody plants, mostly acacia species.

Lions, leopards, spotted hyenas, and African wild dogs all hunt on giraffes. Giraffes live in herds of related females and their offspring or bachelor herds of unrelated males and their offspring, but they are social and can congregate in big groups. "Necking," or conflict in which the neck is utilised as a weapon, is how males establish social hierarchies. Dominant males have access to females for mating, while females are totally responsible for nurturing the children.

The giraffe's unusual look has piqued the interest of many ancient and modern cultures, and it has frequently appeared in paintings, novels, and cartoons. It is categorised as vulnerable to extinction by the International Union for Conservation of Nature (IUCN) and has been extirpated from much of its historic habitat. Giraffes can still be found in a number of national parks and wildlife reserves, but the wild population is estimated to number around 97,500 as of 2016. In 2010, zoos housed about 1,600 animals.

Giraffes prefer savannahs and open woods to live in. Acacieae, Commiphora, Combretum, and open Terminalia woodlands are preferred over denser habitats such as Brachystegia woodlands. Desert areas are home to the Angolan giraffe. Giraffes feed on tree twigs, particularly those from the Acaciae subfamily and the genera Commiphora and Terminalia, which provide significant calcium and protein for the giraffe's growth rate. They also eat shrubs, grass, and fruit. A giraffe consumes approximately 34 kg (75 lb) of leaves each day. Giraffes may nibble the bark off branches when they are stressed. Giraffes have also been observed chewing on old bones.

Food is plentiful during the wet season, and giraffes are more dispersed, however during the dry season, they congregate around the remaining evergreen trees and bushes. Mothers prefer to feed in open locations in order to detect predators more easily, albeit this may impair their feeding effectiveness. As a ruminant, the giraffe chews its meal first, then swallows it for processing before passing the half-digested cud up the neck and back into the mouth to chew once more.

Because the foliage it eats has more concentrated nutrients and it has a more effective digestive system, the giraffe requires less food than many other herbivores. The faeces of the animal are in the form of tiny pellets. When a giraffe gets access to water, it drinks every three days at the most. Giraffes have a significant impact on the trees they eat, delaying the growth of young trees for several years and providing excessively tall trees "waistlines." During the early and last hours of the day, feeding is at its peak. Giraffes generally stand and ruminate between these hours. Rumination is the most common activity at night, when most people are sleeping.

Giraffes live in herds that vary in size and composition depending on environmental, anthropogenic, temporal, and social conditions. The composition of these organisations has traditionally been regarded as open and ever-changing. A "group" has been described as "a collection of persons less than a kilometre apart going in the same general direction" for study purposes. Recent research has discovered that giraffes create long-term social bonds and may form groups or pairs based on kinship, sex, or other variables, with these groups regularly interacting with other groups in bigger communities or sub-communities within a fission–fusion civilization. Proximity to humans can cause social disruption. Tanzanian Masai giraffes are divided into social subpopulations that overlap in space but have varying reproduction rates.

A group of giraffes can have anywhere from one to 66 members. Giraffe herds are usually sex-segregated, though mixed-sex herds of mature females and young males do exist. Matrilineal relationships between female groupings are possible. In general, females are more picky than males when it comes to who they socialise with when it comes to people of the same gender. Mothers and their offspring form particularly stable giraffe groups, which can endure weeks or months. Young males create groups and engage in playfights as well. Males become more solitary as they grow older, but they may also associate in pairs or with female groups. Giraffes are not territorial; however their home ranges vary depending on rainfall and the proximity of human settlements.