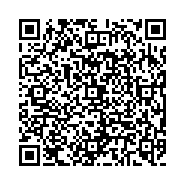 Human body bio-effluent comprises of Carbon monoxide (CO). The CO concentration was measured to find out if its signature was present, if it may impact the indoor odor, and if it serves as a surrogate to CO2 concentration in the indoor air. On the contrary, a pattern emerged when the data was compared with U.S. Department of Health. The human body burden and CO signature could be tweaked into transient high mode, which may be significant, and might impact long-term exposure effects, health, and the meditational slow exhaling exercise/work-out. There is scope for new track of research on the CO body burden, CO related to the end stage decay, corresponding carbon dioxide body burden, and combined (CO2+CO) relative physiology and toxicity

Carbon monoxide is colorless, odorless and non-irritating gas that is produced via incomplete combustion. It can be produced from both natural and man-made sources. A few of the most important sources include exhaust from automobiles, inadequately adjusted appliances, furnaces, and fireplaces. Carbon monoxide released into the atmosphere converts to carbon dioxide. However, this can take up to two months [1]. Carbon monoxide is known to enter human body rapidly and to spread into the blood, brain, heart and muscles. Lungs eliminate this carbon monoxide during breathing. However, there is delay and it can take almost 24 hours to leave the human body [1]. It was reported that exposure to 10–1950 ppm of CO could result in a 2–80% carboxy-hemoglobin (COhb) in blood [2]. It was reported that 5–10% COhb could result in decreased visual functioning, reduced task performance and difficulty in maintaining alertness [2].

1. In the respiration, as the expiration CO from the mouth, range normal ~2 ppm to extended expiration transient of ~26 ppm

2. In the colon flatulence as the remnant CO in the gases from the gastrointestinal system (GIS).

The above-mentioned item (1) is not the main focus of this paper, although an increase in ischemic heart disease related hospital emergency room visits and hospital admissions have been reported in the ATSDR [1]. According to the studies in Montreal Canada, Rome Italy, and Seoul Korea: “The percentage increase in visits for 0.2 ppm increase in CO concentration (respiration, indoor air) was ~5.4% for all patients in the Montreal study of 4,979 emergency room visits [1]. This paper is an extension of the marginal respiration CO concentration, into a greater CO concentration in colon, by evaluation of the above Item (2). The CO concentration was measured at the toilet bowl front. It was measured in a healthy sixty-five year old. The following data is preliminary inputs for the modeling; these measurements are representative samples of the CO in the GIS:

Thereafter, the GIS microbes were controlled with medication, diet, and multivitamins. The treatment was performed over a 24 hr. period. The measured CO concentration after treatment reduced to ~6 ppm to 10 ppm (30 - 40% lower compared to the normal values).

It is apparent from sample data that the CO concentration in the human body’s bio-effluent tends to vary significantly between a normal and an abnormal stomach (defined as a gastro-intestinal system where the chyme flow is made quicker and the presumptive acidity of the chyme is greater in the colon as experienced from the burning sensation).

The measured colon CO concentration signature may be ~2 to 10 times greater than the above toilet bowl measurements. These readings were compared with the US Department of Health’s, “Toxicological Profile of Carbon Monoxide”. Data is available on the post mortem tissue distribution of CO in Humans (ATSDR). It provides the post mortem sample analyses of the victims of CO poisoning, fire, and burn cases. Apparently, the data is from the cadaver post mortem tissue, and may include other samples not explained in this report. Figure 1 shows the range of CO concentrations (pmol/100 g) in tissues and samples. The CO background signature was ~ 2 to 165 pmol/100 g. Low levels of CO were observed in Adipose and Brain, which are far from the CO respiration. Muscle and Heart showed intermediate levels of CO. Lungs and Spleen had higher levels of CO and the highest levels were observed in the Blood (Figure 1). The ATSDR data in pmol per 100 gram tissue cannot be directly compared with the measured CO (gas) concentration in parts per million. However, the nearest equivalent water (1 g/cc) to tissue (0.9 g/cc) (density comparison) gives an insight into these CO concentrations in the tissue. ATSDR data appears to be insignificant when compared to the transient CO in the colon, except in the lungs, spleen and blood samples for the CO asphyxiation in above Figure 1 (in the approximate order of a level ~1000, ~2500, and ~5000 pmol/100 mg for any location specific and lymphatic system disease evaluation).

The preliminary CO readings were also compared to the US EPA’s NAAQS and OSHA standards of 9 ppm (10 mg/m3) for 8-hour exposure and 35 ppm (40 mg/m3) for a 1-hour exposure, respectively [3,4]. These standard numbers are significantly low compared to the transient CO in the colon. These results are not directly comparable to a living body fluid’s partial pressures of CO (PaCO), especially at different locations in the organs, tissues, and cells. The CO has been reported to cause a rare ischemic colitis [5]. Modeling with appropriate prerequisites of the inflow and outflow rates, and their visco-dynamic properties can assess the PaCO. The CO and CO2 gases in the body fluids have the potential to build up a backpressure pulse. The transient pulsed gradient might impact regular flow, to stall, and reversal, which may impact the delicate membranes; also, it may be one of the factors for cardiac irregularity, and also the colon evacuation irregularity. There are no known standards in this field of study.

For the basal CO at different locations, there is a need for new formulations and standards that are applicable to each one of the following physiologic and physio-kinetic systems in the human respiration system, GIS, cerebrospinal fluid (CSF), cell respiration (including the deformed cells in Sickle cell disease), and the lupus disease [6]. A standard for a body physiologic Gibbs free energy release for the PaCO is required. Also, there is a need for universal standards to compare the CO concentration in ppm and its corresponding mass per mass unit of tissue equivalent in the body.

A new systemic evaluation is required to establish the acceptable PaCO and CO concentration in the following body fluid and systems:

• Respiration inflow of 10 ppm at any given time (indoor or outdoor), and

• Respiratory system, expiration from the:

A New thinking that very slow expiration rate greater than ~20 seconds has potential to generate a tidal volume CO concentration of 20 ppm or greater. This fundamental tidal volumetric rate change and its relation to the CO concentration increase in the circulatory system of human body is a subject of future education in schools and colleges. Also, during or after tobacco smoking, or substance abuse, the tidal volumetric CO concentration may be greater than 20 ppm. These practices should be discouraged through public education, state health department bulletin, and experimentation in schools [7].

A focus on new line of research on the CO body-burden and end stage, the decaying process, the corresponding carbon dioxide body-burden, and their relative toxicity.

It appears that a living body’s GIS transient readings can be significant when compared to the background data in ATSDR and also compared to the NAAQS. Apparently, a significant quantity of CO is produced in the body fluids, and is presumed to be circulating in the human body. It may be representative for mammals. Also, an applicable standard for a living body fluids, tissue, and cells must be researched and documented. Also, there is a need to evaluate and find answers to the following questions:

• Does a living body produce transient CO that may be in excess of the established NAAQS standards? The answer is yes. So the OSHA /EPA /WHO standards need revalidation for an acceptable CO level for the body gases PaCO, and multiple standards for specific locations.

• Also, CO level is directly or indirectly related to the CO2 level in the body gas and a concurrent oxygen percent reduction (down to 15–17% or less).

• The human perception that a body’s gas is flatulence needs to change. More concerning is the partial pressure of CO and CO2 in the body fluids, and the reactivity of CO vs. oxygen (221:1), relative to water molecule’s H+ and OH- ions. The Gibbs free energy released when CO is formed and again when the CO is converted to CO2. The Gibbs free energy exchange and transport are transient energies, which might have effects on the available energy in the body fluid system.

The opinions expressed in this article are those of the authors and do not necessarily reflect the views of Temple University or PA department of Environmental Protection.