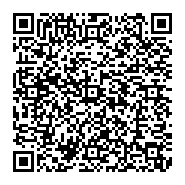 In this paper, three-dimensional finite-volume numerical procedure has been used to solve the convective heat transfer coefficient (CHTC) and temperature distribution for two different geometries of internal room with side heated surfaces. A model room having the size of 80×60×60 cm dimensions is considered in this simulation. The temperature field is determined for various combinations of air-change per hour (5, 10, 15 and 20) and geometrical parameters to show some of the flow field characteristics.

The fundamental set of equations that govern the flow of a fluid are derived from Newton's second law. The equations are called the Navier-Stokes equations, and for incompressible fluid the full instantaneous equations take the form:

It is more compact to write equation (1) to (3) in Cartesian tensor notation as:

Where the suffixes i and j represent the three-co-ordinate direction upon expansion back to equations (1) to (3), Sbj are buoyancy source or sink terms and t is the time.

The conservation equations governing the dispersion of certain scalar properties of the flow, such as enthalpy temperature, turbulence kinetic energy K or turbulence dissipation rate ε , have similarity of form. They can therefore be represented by a single differential equation for some general scalar property ( Φ ) as follows:

Where SΦ represents a source or sink for Φ , and J Φ,j is the diffusion in j −direction. The form of the latter flux will be discussed below. The scalar property flux J Φ,j, in equation (5) can be related to gradient of velocity components and scalar properties respectively. In constant-property flows this constitutive relation is as follows [8]:

Where μ and σΦ are the dynamic viscosity and Prandtl /Schmidt number of fluid respectively.

Predication of air flow and convective heat transfer within an enclosure were performed numerically by solving the conservation laws which expressed in terms of elliptic partial differential equations by an iterative method. The independent variable of the problem are the three-component (x,y,z) of Cartesian Co-ordinate system. The main dependent variables are the velocity components ( u,v,w), pressure (p), temperature (T), turbulent kinetic energy (K) and its dissipation rate (ε ).By using a line-by-line solution technique in conjunction with a tri-diagonal matrix algorithm (TDMA), all dependent variables were solved, and a three-dimensional block adjustment procedure also applied in a line-by-line manner was employed to ensure continuity. The hybrid difference scheme is used in the convective terms and the integrated source term is linear zed. Both these practices are widely used to enhance numerical stability. A grid of non-uniform intervals is employed within the calculation domain in (x), (y) and (z) directions with the grid nodes concentrated near the walls and inlet and outlet grill.

The boundary conditions of the solid boundary which is used in the solution for the present problem is that no-slip condition is applied on the velocity at all six walls, and friction is calculated by invoking ''wall-function ''.

Figure 2: Film coefficient with different inlet temperature at (5 ACH) for geometry (a).

Influence of air change per hour (ACH) on the temperature profile is considered at X = 0.0225 and X=0.5725 m for two different geometries of internal room with side heated surfaces. In case of the air source position near the heated wall (geometry a), the warm air can reach lower levels of temperature 21ºC at 20 ACH in X= 0.0225 m as shown in Figure 3. As expected, the temperature in the central region of X= 0.5725 m at 5 ACH assume low values about of 19ºC and the temperature distribution are close to the end of region at 20 ACH (Figure 4). The current work presents a model to predict the convective heat transfer coefficient (CHTC) and temperature distribution in internal room with side heated surfaces. The temperature field is determined for various combinations of air-change per hour. From the results of program, the present computer program may be used to predict the flow patterns and the internal and external convection heat transfer coefficients for complex flows.

The authors declare that there is no conflict of interests.