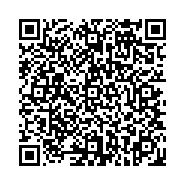 Once a novel drug has been identified through the process of drug discovery, the process of drug development is used to bring a new pharmaceutical medicine to market. Preclinical research on microbes and animals is part of this process, as it is already requesting regulatory status, such as through the US Food and Drug Administration (USFDA), to begin human clinical trials for an investigational new drug. It may also include the step of securing regulatory approval with a new drug application of drug to market. It normally takes more than ten years for a vaccine or medication to be approved, from concept to preclinical testing in the lab to clinical trial development, including Phase I-III trials.

Compounds that are discovered during the drug discovery process are referred to as "new chemical entities" (NCEs, sometimes known as "New Molecular Entities" or "NMEs"). These exhibit encouraging results against a specific biological target that is significant in disease. The safety, toxicology, pharmacokinetics, and metabolism of this NCE in humans, however, are all poorly understood. Prior to human clinical trials, drug development is responsible for evaluating each of these factors. The recommendation of the dose and timing for a medicine's first usage in a human clinical study is another important goal of drug development ("First-In-Human" (FIH) or First Human Dose (FHD), previously also known as "First-In-Man" (FIM)). The physical characteristics of the NCE, including its chemical make-up, stability, and solubility, must also be established during drug development. The fulfillment of the regulatory requirements for a new drug application is a major emphasis of many drug development processes. These typically consist of a series of studies intended to identify a novel compound's key toxicities before it is used for the first time on humans. The evaluation of major organ toxicity, including effects on the heart, lungs, brain, kidney, liver, and digestive system as well as other body systems that the drug may affect, is mandated by law (e.g., the skin if the new drug is to be delivered on or through the skin). Such early studies are conducted using in vitro techniques (for instance, with isolated cells), but many studies are limited to employing experimental animals to show the intricate interactions of metabolism

Depending on the trial, there are three or four stages:

Phase II: Trials are meant to gather preliminary data on efficacy and further investigate safety in small patient populations suffering from the condition that the NCE is intended to treat.

In order to assess safety and efficacy in a sufficient number of patients with the targeted condition, phase III- trials are significant, important studies. Clinical testing may end here if safety and efficacy have been sufficiently demonstrated, and the NCE will then go on to the new drug application (NDA) stage.

Most novel drug candidates (NCEs) fail during drug development, either due to unacceptable toxicity

Phase II–III: Clinical trials reveal they are ineffective against the targeted disease. The failure of Phase II-III clinical trials is primarily attributable to unidentified toxic side effects (Phase II cardiology trials fail at a rate of 50%), as well as to insufficient funding, flaws in the trial design, or subpar trial execution, according to critical reviews of drug development programs. Only 21.5% of medication candidates that started Phase I trials and were covered by a study on clinical research in the 1980s and 1990s were finally approved for marketing. The average success rate from Phase I to successful Phase III trials from 2006 to 2015 was less than 10%, and it was notably 16% for vaccines.

Phase IV: Trials often known as post-market monitoring studies are post-approval trials that are occasionally a requirement attached by the FDA.