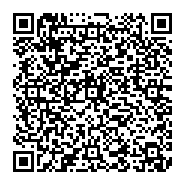 The experiment was conducted at the Teaching and Research Farm of Federal University Wukari, Taraba State Nigeria to compare the effect of poultry manure, cow dung, organic manure, NPK (15:15:15) and Urea on the growth and yield of Onion. The recommended rates of poultry (10 t/ha) cow dung (10 t/ha) organic manure (10 t/ha) NPK (400 kg/ha) and Urea (200 kgN/ha) were used as treatments with a control (0 kg/ha). These were arranged in a randomized complete block design with three replications. Measurements were taken on the growth and yield parameters and data collected were analyzed using analysis of variance (ANOVA) and significant means separated by Duncan multiple range tests at 5% probability level. The results revealed that all the treatments significantly (P<0.05) improved the growth and yield parameters of onion. Poultry manure produced significantly higher number of leaves (50.60), shoot weight (20.96 g) and bulb weight (50.60 g). Bulb height was significantly higher in poultry, organic manure and NPK applications. The onion bulb yield is in order of poultry > organic manure > cow dung > NPK > Urea > control. It is concluded that poultry manure application is better for the production of onion.

Onion (Allium cepa. L) is an important vegetable crop produced majorly in the Northern part of Nigeria. It is also known as bulb onion which are widely cultivated and used all over the world as food, it can be served as cooked vegetable or part of a prepared savory dish, but can also be eaten raw [1,2]. They are pungent when chopped and contain certain chemical substances which irritate the eyes. It is a biennial plant but usually grown as annuals and are available in varieties of colours such as yellow, brown, white and red onions [3]. Onion has some medicinal attributes and are found applicable in the treatment of ailments such as; coughs, snakebite and hair loss. In addition, it is also used by athletes to rubbed down their muscles in order to firm it and for blood balance, as well as to facilitates bowel movement and erection in men. Fern Ken and Fern Addy stated that the pungent juice of onions has been used as insects repellant as well as dyes used in fabric industries [4,5]. In a research conducted by National Association of Onions 2 NAO, 2013, the nutrients composition of onions was given as; water (89%), sugar, (4%), protein (1%), fiber (2%) and fat (1%) (NOA, 2013). The major problem facing the production of onion crop is the poor soil condition of most farm land, which resulted from continuous cultivation of farm land without a fallow period which will allow for resuscitation of lost fertility. The only way out of this menace is the application of fertilizers either as organic or inorganic. Inorganic fertilizer when applied release nutrients to crop plant for proper growth and development at a faster rate, for example NPK, fertilizer is made up of Nitrogen, Phosphorus and Potassium which are the major nutrients required by plant in large quantity, Urea on the other side contain 46% nitrogen and when applied enhances vegetative growth of the plants [6]. Organic fertilizers releases nutrients to crop at a slower rates but do not easily leach from the soil. It also improves the soil structure and helps to build the organic matter of the soil, among many other advantages [7]. Many researchers such as Akanbi and Makinde have documented reports on the increase in yield of various crops through the application of fertilizers [8]. Among the convectional fertilizers, NPK and Urea are mostly used by farmers on Onion and other vegetables production on the other hand organic fertilizer, such as poultry, cow dung and organic manure are used. Hence there is a need to compare the effectiveness and efficacy of these fertilizers in the production of Onion. The objective of this study is to compare the effect of Mineral and Organic fertilizers on the production of Onions.

The experiment was carried out at the Teaching and Research Farm of Federal University Wukari, Taraba State, Nigeria, Taraba state lie between Latitude 6° 30 and 8° 30 N of the equator and between Longitude 9° and 12°E of the Greenwich meridian with a land mass of 54.426 km2. It shared boundaries with Bauchi and Gombe State in the North, Adamawa State in the East and Cameroon Republic in the south west. The state has a tropical wet-dry climate well drained alluvial soils and has both Savannah and Rain forest vegetation. The rainfall ranges between 1000 mm to 250 mm per annum in the North with the driest and wettest seasons lasting from December to February and July to September respectively. The organic fertilizers used were collected from the Animal farm along Joota, Wukari while the organic fertilizer was purchased from the Local Government Secretariat, Dunga and the mineral fertilizers are purchased from the yam market in Wukari. The pre-soil samples were collected as well as the organic fertilizers used in this study were taken to the laboratory for chemical routine analysis (Table 1).

Table 2. The nutrient compositions of the organic fertilizers used in the study.

Data were collected on the growth and bulb yield of Onion at harvest and the parameter measured were: number of leaves per plant, number of dry leaves, bulb height, weight of the bulb, weight of the shoot and root weight per plant. Data measured were statistically analyzed using analysis of variance (ANOVA) where the treatment means were separated using Duncan multiple Range Test (DMRT) at 5% probability level.

Table 3. Effects of organic and inorganic fertilizers on the number of leaves, number of dry Leaves, bulb height, and bulb width of Onion at harvest.

Table 4. Effects of organic and inorganic fertilizers on bulb weight shoot weight and root weight of onion at harvest.

The growth parameters of Onion were improved through the application of fertilizers. The plant height, number of leaves and bulb height were all influenced by the fertilizers treatments which are different from the control. This finding support the work of Fundas that organic fertilizer produced and supply adequate plant nutrients for proper growth and development of crop [9]. Furthermore, the incorporation of organic manure into the soil has been shown to increase the amount of soluble organic matter which is mainly organic acid that improves the available P content in the soil [10]. The yield in weight of the Onion bulb was increased through the application of poultry manure followed by organic manure, cow dung and least in urea which showed the supremacy of organic manure over inorganic fertilizers in vegetable production. This is in line with the work of Akanbi, John and Shaheen [11-13].

In conclusion, poultry manure whenever is available is better for the production of Onion in the study area.