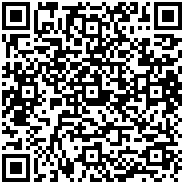 Teeth pain is an unpleasant sensory and emotional experience, and it is one of the oldest dental problems. In fact, pain management during routine dental procedures is an important aspect of dental care. Analgesics are commonly used to describe pain relievers. Many dental hygiene appointments require the use of topical and local anaesthetics provided by the dental hygienist. Local anaesthesia produces a numbing sensation that eliminates sensation in a specific area without causing loss of conscious. Although pain appears to be associated with dental care, dental therapist can control and alleviate pain during and after procedures. Albert Niemann and Francesco Di Stefano isolated the first local anaesthetic cocaine. Karl Koller demonstrated the use of cocaine as a local anaesthetic during painless ophthalmological surgery in 1884. Although it was effective as an anaesthetic, cocaine was addictive, and many of the early researchers who studied its effects on themselves became addicted.

In Germany in 1905, the ester procaine was discovered to be effective and safe when mixed with a proportion of epinephrine. Procaine was less potent than cocaine and took a long time to produce the desired anaesthetic effect. Furthermore, many patients were allergic to procaine, which is an ester with a high potential for allergic reactions. The amides, a new class of local anaesthetic compounds, were introduced in the 1940s. Nils Lofgen, a Swedish chemist, created the first amide local anaesthetic lidocaune in 1943. Because it was both more potent and less allergenic than procaine, lidocaine revolutionised pain control in dentistry around the world.

Lidocaine is still the most commonly used anaesthetic in dentistry in the United States today; however, articaine is gaining popularity and is a close second to lidocaine. Many patients are unaware of the distinctions between the agents and continue to request Novocaine, which is no longer available in dentistry.