Development and Validation of Rasagiline Tartrate in Tablets by using Liquid Chromatography. 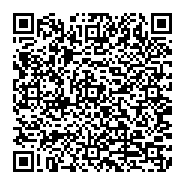 A simple, accurate and sensitive liquid chromatographic method has been developed for the determination of Rasagiline Tartrate (RAST) in API and its dosage forms. The separation was achieved on Inertsil ODS (250mm X 4.6mm) C18, 5 μm column. The mobile phase consisted of Methanol: Acetonitrile: Water (50:30:20 v/v), pH: 3.2 adjusted with Triethylamine (TEA), flow rate 1 mL/min at ambient temperature. The analytes were monitored by PDA detector at 206 nm. The method was validated for specificity, precision, linearity, and accuracy. The average recoveries for RAST were in the range of 89.0 – 93.0% and the present work has been focused on the development of simple, accurate and precise analytical method based on RP-HPLC for the formulation of RAST.

Rasagiline Tartrate (RAST) is an oral drug that is used for treating Parkinson's disease. It is chemically known as (2S, 3S)-2, 3-dihydroxybutanedioic acid;(1R)-N-prop-2-ynyl-2, 3-dihydro-1H-inden-1-amine and structurally. It belongs to a class of drugs called Monoamine oxidase inhibitors (MAO) that also includes Selegiline and Tranylcypromine. RAST is a specific inhibitor of MAO Type B [1,2], which is a major enzyme in the pathway of Dopamine and Levodopa metabolism. Mono oxidase enzyme that breaks down Serotonin, Norepinephrine, Dopamine, Tyramine and similar chemicals that serve as neurotransmitters, chemicals that nerves use to communicate with one another. A survey of literature revealed that various assay methods and TLC methods were established for estimation of RAST drug in its pharmaceutical dosage forms. Few U.V and visible spectrophotometric methods [3] were developed by using chromogens[4] and by formation of colored ion pair complexes in acidic medium[5] and few LC-MS/MS method for determination of drug in human plasma [6,7] and some HPLC methods [8-13] have been reported for the determination of the drug before commencement of the investigations.

The preparations of Rasagiline salts which are patented by the authors Youdimet al [14] and Peskin et al [15] have been pharmaceutically acceptable. Patent work of Stephen et al shows the preparation and characterization of Rasagiline derivative viz., Rasagiline succinate, Rasagiline L hemitartrate, Rasagiline hydrochloride and Rasagiline besylate by the addition of concerned acid to Rasagiline base. From the highlights of the literature the usage of the drug has become very wide spread. It is however, surprising to note that, not even a single method is available till now, for the estimation, development and validation of the present investigations carried. This present project seeks to bridge this gap by developing such methodology. This research article has been focussed on the development & validation of a simple, precise, accurate and sensitive RP-HPLC method. The authors had made efforts to fulfil this need and succeeded in developing the method. The protocols and guidelines prescribed by the ICH have been followed in the development and validation of these procedures.

The HPLC (High Performance Liquid Chromatography) was operated isocratically with maintaining the column temperature at 30°c, using the mobile phase Methanol, Acetonitrile & Water, mixed in the ratio of 60:20:30 v/v with flow rate of 1.0 mL/min within a run time of 6 mins and the mobile phase was sonicated and degassed by an ultrasonic bath and filtered by a Millipore vacuum filter system equipped with a 0.45 μm high vacuum filter.

A standard stock solution of the drug was prepared by dissolving 10 mg in 10 ml of mobile phase containing (Methanol: Acetonitrile: Water) in the ratio of (50:20:30 v/v) and taken in 10 ml of volumetric flask and sonicated for 20 mins to get 1000 ppm. Aliquots of this standard solution were transferred to 10 mL volumetric flaks by using A-grade bulb pipette and the solutions were made up to the volume with the mobile phase to give the concentrations of 20-140 μg/mL.

Preparation of the Sample Solution

Twenty tablets {(Azilect® tablet - RAST)} 100 mg/mL, Teva Pharmaceutical Industries Pvt. Ltd, Mumbai, India) were weighed, and then powdered. A sample of the powdered tablet, equivalent to mixture containing concentration of 100 mg/ml of RAST active ingredient, was accurately weighed and taken in a 100 mL of volumetric flask containing 50 ml of mobile phase and sonicated for 15 mins and solution was made up to volume with mobile phase and filtered through 0.45 μ membrane. 1 ml of the above sample stock solution was taken in 10 ml volumetric flask and made up to 10 ml with diluent to get a concentration of each 100 μg/mL of RAST.

The method was validated as per ICH guidelines. The parameters assessed were of Linearity, Accuracy, Limit of Detection (LOD), Limit of Quantification (LOQ), Precision, Reproducibility, Robustness and System suitability.

Aliquots of standard RAST stock solution was taken in different 10 ml volumetric flask and diluted up to the mark with the mobile phase such that the final concentrations of RAST are prepared in the range of 20-140 μg/mL and injected to the chromatographic system, then the responses were measured as peak areas and calibration curve was constructed (concentration v/s peak area).

Limit of Detection (LOD) and Limit of Quantification (LOQ) were calculated based on the ICH guidelines.

The precision of the method was ascertained separately from the peak area obtained by actual determination of six replicas of a fixed amount of the drug and formulation. The precision of this method was checked by repeatability of injection, repeatability (intra-assay), intermediate precision (inter assay) and reproducibility. Injection repeatability was studied by calculating the percentage relative standard deviation (%RSD) for ten determinations of peak areas of RAST performed on the same day for both intra- and inter-assay variation, standard solutions of RAST.

To ascertain the system suitability for this method, a number of parameters such as retention time, theoretical plates, and HETP, tailing factor, % Peak area, LOD, LOQ, resolution and peak asymmetry have been calculated with the observed readings and the results were recorded.

The method of RP-HPLC was developed and validated for the RAST drug in its bulk and pharmaceutical dosage form in successive steps. The optimisation of the method done by the selection of chromatographic conditions based on the selection of sensitivity, retention time, peak shape and baseline drifts. A typical chromatogram recorded at 206 nm by using the specified mobile phase and at a flow rate of 1.0 mL/min was obtained showing the retention time at 2.653 minutes (Figure: 1). To assure the system and analytical methodology, system suitability tests were performed. The % RSD of the retention time and peak areas of six consecutive injections of standard solution were recorded and calculated for RAST. The system suitability parameters and linearity results were given in Table 1. The calibration curve was plotted by taking peak area against concentration showed the linearity in the concentration range of 20-140 μg/mL. LOD and LOQ were 0.001 and 0.004 respectively. The mean recoveries obtained for the method developed was accurate and results were shown in Table 2.