Diagnosis and Treatment of Cervical Cancer 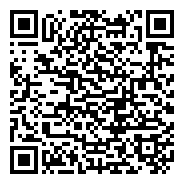 Cervical cancer is a type of cancer that starts in the cervix and spreads to the rest of the body. It's caused by aberrant cell proliferation with the ability to invade and spread to other places of the body. Early on, there are usually no signs. Abnormal vaginal bleeding, pelvic pain, and pain during sexual intercourse are some of the later signs. While sex-related bleeding isn't always dangerous, it could signify the presence of cervical cancer. More than 90% of instances are caused by the Human Papillomavirus (HPV); nevertheless, most persons who have had HPV infections do not acquire cervical cancer. Other risk factors include smoking, a weakened immune system, birth control pills, beginning sexual activity at a young age, and having a large number of sexual partners, but these are less significant. Cervical cancer risk is also influenced by genetic factors. Precancerous alterations in the cervix usually evolve into cervical cancer over the course of 10 to 20 years. Squamous cell carcinomas account for 90% of cervical cancer cases, adenocarcinoma accounts for 10%, and other kinds account for a minor percentage. Cervical screening is usually used to make the diagnosis, followed by a biopsy. After that, medical imaging is used to see if the cancer has spread.

HPV vaccinations protect against two to seven high-risk strains of this virus family, and they can prevent up to 90% of cervical malignancies. Because there is still a danger of cancer, it is recommended that frequent Pap screenings be continued. Other preventative measures include having few or no sexual partners and using condoms. Cervical cancer screening with the Pap test or acetic acid can detect precancerous alterations that, if treated early enough, can prevent cancer from developing. Surgery, chemotherapy, and radiation therapy may all be used in the treatment. In the United States, the five-year survival rate is 68 percent. The prognosis, on the other hand, is highly dependent on how early the cancer is identified.

The Pap test can be used as a screening tool, but it can result in a false negative in up to 50% of cervical cancer cases. Another source of concern is the high cost of Pap tests, which makes them prohibitively expensive in many parts of the world.

A cervix biopsy is required to confirm the diagnosis of cervical cancer or precancer. Colposcopy, a magnified visual inspection of the cervix helped by the use of a dilute acetic acid (e.g. vinegar) solution to highlight aberrant cells on the surface of the cervix, is frequently used, with visual contrast provided by colouring normal tissues a mahogany brown with Lugol's iodine.

Punch forceps are a type of medical equipment used for cervix biopsy. Part of the diagnosis is the colposcopic impression, which is a visual inspection-based estimate of disease severity. Loop electrical excision and cervical conization, in which the inner lining of the cervix is removed to be evaluated pathologically, are further diagnostic and therapy methods. If a biopsy reveals significant cervical intraepithelial neoplasia, these procedures are performed.

Cervical cancer precursor lesions have had several names and histologic classifications during the twentieth century. The lesions were classified as mild, moderate, or severe dysplasia or Cancer In Situ by the World Health Organization categorization system (CIS). The term Cervical Intraepithelial Neoplasia (CIN) was used to emphasise the wide range of abnormalities seen in these lesions and to aid in treatment standardisation. CIN1 denotes mild dysplasia; CIN2 denotes moderate dysplasia, while CIN3 denotes severe dysplasia and CIS. CIN2 and CIN3 were recently combined to form CIN2/3. These are the results of a biopsy that a pathologist might report.

Cervical cancer treatment varies widely over the world, owing to a lack of access to doctors trained in major pelvic surgery and the introduction of fertility-sparing therapy in affluent countries. Cervical cancer patients with less advanced stages of the disease often have treatment choices that allow them to keep their fertility if they so wish. Because cervical malignancies are radiosensitive, they can be treated with radiation at any stage if surgery isn't an option. Surgical surgery may be more effective than radiological intervention. In addition, chemotherapy has been shown to be more successful than radiation alone in the treatment of cervical cancer. When compared to radiotherapy alone, evidence suggests that chemoradiotherapy may improve overall survival and lower the chance of disease recurrence.

Measures to peri-operative care, such as "fast-track surgery" or "enhanced recovery programmes," have been shown to reduce surgical stress and increase recovery after gynaecological cancer surgery. Hysterectomy may be used to treat microinvasive carcinoma (stage IA) (removal of the whole uterus including part of the vagina). The lymph nodes are also removed in stage IA2. Local surgical treatments such as a loop electrical excision operation or a cone biopsy are options. More data is needed to inform decisions regarding different surgical methods for women with cervical cancer at stage IA2, according to a systematic review.

A trachelectomy is another therapeutic option for women who want to protect their fertility if a cone biopsy does not give clean margins (findings on biopsy revealing that the tumour is surrounded by cancer-free tissue, implying that the entire tumour is removed)

This procedure aims to remove the cancer while keeping the ovaries and uterus, making it a less invasive procedure than a hysterectomy. It is a potential alternative for patients with stage I cervical cancer that has not spread; however, few clinicians are trained in this treatment, therefore it is not currently considered standard of care. Because the degree of cancer spread is unknown, even the most competent surgeon cannot guarantee that a trachelectomy can be conducted until after a surgical microscopic examination.