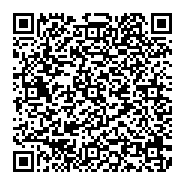 This atypical case report describes the accidental lodgment of wooden piece (3.5 cm long) in the left infra-orbital region during trauma 2 years back. Primary wound care was provided and laceration was sutured at a primary health care centre but, the wooden piece present there was missed both in clinical as well as radiographic examination. Chronic pain and a draining sinus associated with an unaesthetic keloid like scar was present in that region afterwards. Patient consulted many centres and was not benefitted from any sort of therapy he underwent. After two years patient reported to our centre and this wooden piece was safely removed by direct surgical exploration of the site. This incident emphasizes the need for prompt diagnosis and proper vigilance during examination of the patient and also guides the clinician to have proper debridement of wound before suturing as no such foreign body is left there. This case report also guides clinician in the steps that must be followed if such accidents happen.

As face is the most exposed part of the human body, soft tissue injuries are very common there following any trauma. Accidental entry of foreign bodies into the oro-facial region could be due to trauma, therapeutic interventions or iatrogenic. It is possible that various radio opaque foreign bodies like tooth fragments, root canal filling material, metallic foreign body and various radio lucent foreign bodies like wooden tooth picks, piece of glass, blades of grass, tooth brush head, a tooth brush bristle, fish bone, hair, piece of straw or grass, portion of fingernail, spike of wheat, thorn and chicken pinfeather might get embedded in soft tissue during trauma [1]. These foreign bodies present in the body are detected either with the help of radiographs or at a later stage when patient presents with some signs and symptoms like pain, pus discharge, sinus formation, etc. [2].

Foreign bodies may be left at the site of traumatized wound creating risk for infection and pus despite best efforts by the surgeon as they perform certain procedure. Inflammatory response in the tissues around them can add difficulties also [3].

Injury in the maxillofacial region which is associated with foreign body impaction may lead to structural and functional damage to the structure present in close proximity. Approximately one third of all foreign bodies can be initially radiologically missed and therefore there removal can be delayed. Radio opaque objects can be easily detected and hence removed early. This is not the case with radiolucent objects they may remain undetected for long time causing inflammatory reactions. There are many ways of detecting and localizing foreign bodies in the body. Plain radiographs, computed tomographic (CT) scans, magnetic resonance images, and ultrasound can be used, depending on their site and composition of the foreign body [3].

This case report describes a case where wooden foreign bodies were retained in the infra orbital region. A wooden intra orbital foreign body is usually difficult to detect through conventional diagnostic methods (routine radiographs) [4]. Ultrasound proved to be of great importance in performing examinations on patients with injuries caused by wooden splinters [5]. In our case many medical centre’s were consulted but the cause of swelling was not detected and symptoms were not relieved. The most common signs and symptoms of retention of any foreign body in maxillofacial region; are either swelling with pus discharging sinuses, trismus, sloughing of soft tissue or granuloma. Exploration with debridement of wound offers the best results in these cases [3].

This case report further emphasizes on proper wound debridement and visualization of foreign bodies in maxillofacial trauma and provides protocol for treatment that should be followed if any incident of foreign lodgment occurs.

A 37 year old patient was referred to K.V.G. Dental college and Hospital Sullia with chief complaint of bad scar on his left infra orbital region associated with pain and pus discharge. Patient had taken medications as prescribed several times for the same and got relieved of symptoms but after some time again the same condition repeats. Thorough history was taken. Patient gives alleged history of trauma 2 years back. Patient was conscious cooperative and well oriented to time place and person. He did not present with any signs of intraocular infection, meningitis or any visual impairment. No active bleeding was reported. Blood investigations showed an increased leukocytic count 14,000 per cubic mm with predominately 45% of lymphocytic count. No other significant finding was noted. The patient visited to many centre’s before but no cause for the complaint was found.

After 2 years, patient visited an ophthalmologist from where patient was referred to our department. He was advised for lateral skull radiograph and USG. Digital radiograph of different contrast of lateral skull view was taken, which showed normal radiographic study (Figure 1). Whereas USG showed hyper echoic area suggestive of keloid scar or foreign body in the region (Figure 2). Based on the clinical and USG findings an exploratory surgery was planned under LA. Infraorbital block along with local infiltration of local anesthetic was given. A small incision 1.5 cm was given on lateral part of the lesion near the lateral margin of left eye and the blunt exploration was carried out (Figure 3). A 3.5 cm long wooden piece was removed from the lesion (Figure 4). Thorough debridement was done with povidone-iodine and normal saline. Postoperatively patient was kept on antibiotics and analgesics. 1 week post operatively the symptoms were relieved and the wound healing was satisfactory (Figure 5). Further the patient was advised to report back for a scar revision esthetic surgery.

Figure 3: Showing the wooden piece in the infra orbital region of the patient. For a clinician it is always a dilemma to diagnose the presence of foreign bodies at initial examination clinically. Approximately one-third of all foreign bodies are missed initially. At initial examination many cases of embedded foreign bodies go unnoticed and reveal their presence at a later stage when patient revisit the surgeon with some complaints with the associated area [2]. The risk of infection is high with organic foreign bodies like wood. Wood is soft and porous in nature which makes it easy to fragment and susceptible for infection [6]. In our case the wooden piece was lodged in the infra orbital region due to trauma which later got infected with drainage of pus along the infra orbital margin.

X-ray may or may not reveal a foreign body depending upon whether it is radio opaque or not. In spite of the X-ray being negative, in certain cases discharge persists from the area even after antibiotic treatment [7]. Localization of the foreign body present superficially is easy, but in the case of deeply positioned foreign body, this may be more difficult particularly if they are non-metallic or radiolucent [8]. Our case consisted of non- metallic foreign body being lodged in infra orbital region and was not detected with routine radiographs.

Initially wooden foreign body can present as hypo dense on CT-scan and can be diagnosed as air or fat. Superficially embraded objects are generally removed by the patients or parents in case of child or by the general practitioner. Superficially retained wooden foreign bodies can be most reliably detected with ultrasonography, if no overlying bone or gas is obscuring it [9]. Dry wood is porous while fresh wood has capillaries, so there is a difference in the densities of both of them. The density of wooden foreign body increases after forty eight hours as it absorbs water and lymphatic from the surrounding tissues and therefore it can be detected in CT [1]. In our case even after 2 years of time wooden piece was not detected on radiograph, USG was finally used to assess the presence of it.

On the contrary study done by Kumar A [11] revealed that a 17 mm wooden object was not detected by the USG so diagnosis was made by direct surgical exploration of the site [12]. Various studies showing impaction of foreign bodies in orofacial region (Table 1).

Foreign bodies are usually dirty and carry multiple microorganisms. Infections may be associated with retained bodies in the facial region. The various unwanted consequences can be large sinus formation, pus discharge from the site [13]. So any foreign bodies embedded in facial region should be immediately diagnosed and removed. Radiographs of deep facial lacerations should be taken to rule out embedded radio opaque foreign bodies in deep facial tissues. One should always suspect a foreign body when case is presented with a laceration blow by a wood or bamboo stick. A high index of suspicion has been demonstrated in previously mentioned cases in literature for retained radiolucent foreign bodies after injury where there is possibility [2].

In our case pus discharge was present from the draining sinus in the left infraorbital region. Radiograph could not determine the presence of foreign body as it was radiolucent, USG determined the foreign body. Surgical exploration carried out under LA was used to retrieve the foreign body [14].

The wooden foreign body might break during removal or at the time of trauma itself, hence through clinical examination including deep bimanual palpation of soft tissue should be done to search foreign body. One should also explore the existing wound with curved artery forceps or use ultrasound for survey. The foreign body should be expected unless proven otherwise [1].

Initial examination of any injury is essential, proper investigation with thorough debridement of the wound should be done to find or to remove any embedded foreign body. Deep lying foreign bodies can be missed during initial examination, which can later become symptomatic. Foreign bodies lying close to the vital structures can lead to their damage with serious consequences. With our experience and literature available it is clear that foreign bodies should be detected and removed as early as possible. Penetrating wounds should be treated as an foreign body impaction cases only with proper debridement and thorough cleansing of the wound.