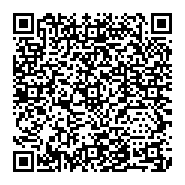 Based on ISO3630-1:2019, the apical 3 mm tip of the file was tightly clamped into a chuck that was connected to the load cell of UTM. The file tip was bent at a speed of 2 rpm using a rotating pin located at 10 mm from the chuck. The bending resistance (N cm) was recorded as the torque when the file was bent 45º.

A customized cube block (IPS e.max CAD; Ivoclar Vivadent, Schaan, Liechtenstein) with a small dimple was used. The file tip was in contact with the cube block while the handle was fixed to the upper part of UTM. The file was moved in the axial direction of the instrument at a crosshead speed of 1.2 mm/s, while the file tip was restrained in a small dimple. The axial load was measured during the instrument deflection, and the buckling resistance (gf) was recorded as the maximum load during the 1-mm axial movement of the file.

A customized jig with an artificial metallic curved canal was used. The artificial metallic canal had a diameter of 1.5 mm, a curvature with an inner radius of 2 mm, and a 45º angle. The NiTi file was operated with X-Smart motor (Dentsply Sirona, Ballaigues, Switzerland) at 300 rpm. The time was recorded in seconds until the fracture of the file.

Based on ISO3630-1:2019, the apical 3 mm tip of the file was tightly clamped into a chuck that was connected to the load cell of the UTM. Then, the shaft of the instrument was fastened to an opposing chuck that could be rotated. The file was rotated in the clockwise direction at 2 rpm until fracture. The Angle of Rotation until Fracture (ARF) and Ultimate Torsional Strength (UTS) were obtained and a graph was plotted based on ARF and UTS. The Elastic Modulus (EM) was obtained from the slope on the linear portion of the torsional fracture resistance curve. (Figures 1 A-E) The normal distribution of data and the homogeneity of variances were verified by the Shapiro–Wilk test and Levene’s test, respectively. Bending, buckling resistances, fracture time from cyclic fatigue resistance test, ARF, UTS, and EM were compared by one-way Analysis of Variance (ANOVA) and Tukey’s post-hoc test using SPSS Statistics version 25 (IBM, Armonk, NY, USA) at a 95% significance level. Pearson correlation analysis was conducted between the six variables of the four mechanical test results. Two-way ANOVA was performed to evaluate the effect of instrument design, heat treatment, and their combined effects on the mechanical test results.

DSC was performed on new unused instruments (n=2/brand) to analyze phase-transformation behaviors by using DSC250 (TA Instruments, New Castle, DE, USA). The specimen was heated from 25 °C to 90 °C, then cooled to -90 °C, and then heated again to 90 °C at a rate of 10 °C/min. Enthalpy changes and phase transformation temperatures were measured during the heating and cooling cycles.

ProTaper Gold and ExactTaper H demonstrated the greatest ARF (p<0.05), followed by ProFile and Profa Taper Gold. ExactTaper H showed the highest UTS (p<0.05), followed by Profa Taper Gold, ProTaper Gold and ProTaper Universal . ProFile and Profa File Gold presented the lowest UTS (p<0.05). A representative UTS-ARF graph of each NiTi file was plotted in Figure 3. The slope on the linear portion of the graph was EM. ProTaper Universal had the highest EM, followed by Profa Taper Gold and Profa File Gold (p<0.05).Pearson correlation analysis results among the six variables of mechanical tests were presented in Table 3. There was a strong positive relationship between the bending resistance and UTS (p<0.001, Pearson’s r=0.767) and between the buckling resistance and EM (p<0.001, Pearson’s r=0.678). A moderate negative relationship was observed between the buckling and cyclic fatigue resistances (p<0.001, Pearson’s r=-0.591) and between the cyclic fatigue resistance and EM (p<0.001, Pearson’s r=-0.589). Two-way ANOVA revealed that the effect of design and heat treatment on the six variables of mechanical test results were all statistically significant. The interaction of design and heat treatment significantly influenced buckling resistance, fracture time, ARF, and EM. (Tables 2 and 4 Figures 2 A-2F) Table 4. Result of two-way of Analysis of Variance. NiTi files with convex triangular cross-sectional design and variable tapers showed higher bending, buckling resistances, and UTS than files with concave triangular cross-sections and constant tapers. Greater taper at the tip region and larger cross-sectional area contributed to higher bending resistance and UTS, which is consistent with previous studies[15-17]. Buckling is defined as a sudden sideways deflection of the file, which occurs when the compressive load exceeds the instrument’s resistance[18]. Instruments with higher flexibility have less bending resistance, and tend to have lower buckling resistance[19]. In this study, Pearson's correlation analysis showed a positive moderate to strong correlation between bending, buckling resistances, and UTS (Pearson’s r=0.431~0.767). NiTi files with heat treatment showed lower bending and buckling resistances. The soft and ductile properties of martensite play an important role in preventing fracture of NiTi files[20].The martensitic phase also has excellent damping characteristics owing to the energy absorption abilities of its twinned phase structure [21]. The NiTi files made using heat treatment, which possess martensite at room temperature, demonstrated superior resistance to cyclic fatigue and torsional fracture, which has also been reported in previous studies [22,23]. Cyclic fatigue fracture occurs due to repetitive compressive and tensile stresses when the instrument rotates in a curved canal [24]. Since repetitive bending stress is the cause of cyclic fatigue fracture of NiTi file, more flexible instruments can be more resistant to cyclic fatigue fracture[12,20]. The flexibility of an instrument was assessed using the EM. The correlation between NCF and EM (Pearson’s r=−0.589) implies that an instrument with higher flexibility (lower EM) was more resistant to cyclic fatigue fracture. Bending resistance is also related to flexibility. However, in this study, the correlation between bending and cyclic fatigue resistance was insignificant (p=0.053). In this study, cyclic fatigue resistance (fracture time) of NiTi files were affected by both design and heat treatment, and their interaction was significant. Although ProTaper Gold, Profa Taper Gold, and ExactTaper H showed identical designs and were manufactured through heat treatment, ExactTaper H and ProTaper Gold are composed of R-phase at room temperature, unlike Profa Taper Gold. The R-phase is a transitional phase between martensite and austenite with a rhombohedral structure that can be formed during conversion between austenite and martensite [25]. The Rphase has a lower EM than martensite or austenite, and the transformation strain of the R-phase is less than 10% of that of the martensitic transformation [26]. Therefore, presence of the R-phase may account for the superior cyclic fatigue resistance of ProTaper Gold and ExactTaper H compared to Profa Taper Gold. Among two conventional NiTi files, ProFile was more resistant to cyclic fatigue than ProTaper Universal owing to superior flexibility, supported by lower bending resistance and EM. Collectively, geometric designs and metallurgical properties influenced cyclic fatigue resistance. Torsional fracture resistance of NiTi rotary instruments involves two assessments. These are ARF that is related to “ductility,” and UTS, which is related to “mechanical resistance” [17,20]. The ductility of NiTi alloys is the ability to deform plastically without fracture when stress is applied.20 Heat-treated NiTi files had greater ARF than conventional NiTi files owing to the ductile nature of martensite, which is consistent with previous studies[15,27]. NiTi files that are composed of R-phase demonstrated the highest ARF. NiTi files with convex triangular cross-sections had higher UTS than those with concave triangular cross-sections and radial lands. As the distance between the middle of each side of the triangle and the centroid is shorter than that of a convex triangle, the stress concentration may be higher in the middle of each side [28,29]. ProTaper Universal demonstrated the highest EM, which indicated stiffness. Therefore, ProTaper Universal is not recommended for curved canals due to their risk of transportation [14,30]. The heating curves of DSC plots indicated that conventional NiTi instruments, ProFile and ProTaper Universal, have the austenitic structure at 22°C. Profa File Gold has martensitic structure, Profa Taper Gold has mixed structure of austenite and martensite at 22°C. ProTaper Gold has mixed state of martensite and Rphase, while ExactTaper H has mixed state of austenite, martensite and R-phase at 22°C. Heat treatment resulted in the phase composition of NiTi instrument, which affected mechanical properties such as bending, cyclic fatigue, and torsional resistances. (Figures 2A-2D and 7A-7F)

The authors have no conflicts of interest relevant to this study.