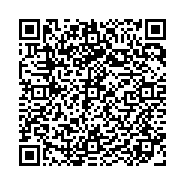 The determination of reducing sugars, especially glucose, is of considerable interest. An assay attributed to Miller using 3,5-dinitrosalicyclic acid (DNS) is widely used but suffers from some limitations. It is, nonetheless, convenient and recommended by the IUPAC Commission on Biotechnology for measuring cellulase activity. We found that 5-10% concentrations of methanol, ethanol, 1- and 2-propanol interfered with the DNS assay and gave a positive error (an apparent increase in glucose) when aqueous standards were used for calibrating the assay. For ethanol concentrations beyond about 15%, the assay gave a negative error. In the case of ethanol, this was due to an effect of ethanol on the color-forming reaction as well as a slight effect on the spectral absorbance of the product.

Biomass is of great interest as a renewal source of organic compounds. The largest portion of biomass is carbohydrates with cellulose and hemicellulose comprising as much as 60-70% of the total dry weight of biomass [1,2]. Utilization of biomass often calls for the conversion of cellulose to glucose which necessitates an accurate method of quantifying the glucose in a reaction. An assay using 3, 5-dinitrosalicyclic acid (DNS) is widely used to quantify reducing sugars [3,4], but suffers from some limitations [5,6]. For example, the DNS assay gives higher estimations than either high-performance liquid chromatography (HPLC) or an amperometric glucose analyzer, when determining glucose in lignocellulosic hydrolysates, although HPLC revealed no soluble cellodextrins above cellobiose [5]. The DNS assay does not give equal responses for equal numbers of moles of different saccharides [7], and the DNS assay overestimates xylanase, β-mannase, and β-glucanase activities [8]; as well as α-amylase activity [7]. Most workers report that the DNS assay is less sensitive than common alternatives [8,9], although one group reports that both the phenol-sulfuric acid and the Nelson-Somogyi (NS) methods are less sensitive than the DNS assay [10]. These latter workers also find that phosphate interferes with the DNS assay. According to Marsden et al., the DNS assay “gives a rapid and simple estimate of the extent of saccharification” although these workers report that it is subject to interference by citrate [11]. Amino acids are also known to interfere with the DNS assay [Teixeira, 2012] [12]. Nonetheless, the DNS assay is recommended by the IUPAC Commission on Biotechnology for measuring cellulase activity against filter paper and against carboxymethylcellulose [13].

We found that moderate concentrations of methanol, ethanol, 1- and 2-propanol also interfered with the DNS assay and gave an apparent increase in glucose. In the case of ethanol, this was due to an effect of ethanol on the color-forming reaction as well as a slight effect on the spectral absorbance of the product [14].

Authentic 3-amino-5-nitrosalicylic acid and 3,5-dinitrosalicylic acid (DNS) were purchased from Sigma-Aldrich (St. Louis, MO); all other chemicals were from Fisher Scientific (Pittsburgh, PA). Working D-glucose solutions were prepared from a 10.0 mg/ mL aqueous stock solution. Solutions containing ethanol were prepared by mixing the appropriate volume of pure alcohol with stock glucose solution and water to given the same glucose concentrations as for the aqueous working standards, but containing 10-20% ethanol. Replicate 20% ethanol samples were tested over a span of several weeks to confirm reproducibility. All samples were prepared at room temperature.

The DNS reagent and the assays were performed as described by Mandels, excepting that volumes were reduced 10-fold. Thus, 150 μL of each sample was mixed with 300 μL of DNS reagent in a test tube, the tubes were placed in a boiling water bath for eight minutes, then removed and cooled for ten to fifteen minutes at room temperature. Each solution was then diluted with 8.0 mL of water and mixed. The absorbance of each solution at 540 nm was recorded with a UNICO Model UV2100PU spectrophotometer (Cole-Parmer, Vernon Hills, IL).

To evaluate whether ethanol affected the spectra of 3-amino-5-nitrosalicylic acid, stock solutions of the compound were prepared in 0-20% ethanol with 0.75 M sodium potassium tartrate. Dilutions to concentrations equivalent to those in the DNS assay were made and the spectra were recorded using a U-3900 spectrophotometer (Hitachi High Technologies, Dallas, TX).

To evaluate whether the alcohol affected the color-forming reaction, 2.5 mg/mL glucose solutions of the appropriate ethanol concentration were mixed with the DNS reagent, placed in a boiling water bath for 15 minutes, cooled and diluted with water. Spectra of these solutions were recorded using the Hitachi U-3900 UV-Visible spectrophotometer.

Figure 1: Effect of ethanol on calibration curves for the dinitrosalicylic acid determination of glucose. The percentage of ethanol refers to the ethanol concentration in the glucose sample, not the final reaction mixture.

The DNS assay relies on the reduction of 3,5-dinitrosalicylate to 3-amino-5-nitrosalicylate (ANS) driven by the analyte reducing sugar [3]. Figure 2 shows the effect of ethanol on the absorbance at 540 nm of authentic ANS. There was a slight decrease in absorbance with increased ethanol concentrations from 0-5%; beyond that, the absorbance increased. Similar Results were obtained by generating ANS using a single, large reaction of glucose with the DNS reagent and then diluting equal volumes of this mixture with the appropriate volumes of water and ethanol (data not shown).

Figure 2: Absorbance at 540 nm of 3-amino-2-hydroxy-5-nitrobenzoic acid standard as a function of ethanol concentration.

From these Results alone, the interference of ethanol is not surprising. The ethanol caused a change in the molar absorptivity of the ANS probably by changing the polarity of the solvent cage with an associated change in the stabilization of the excited state. However, this cannot completely account for the interference. Figure 2 indicates that the molar absorptivity of the ANS increased with increasing ethanol; this increase was still greater beyond 12% ethanol (data not shown). But the calibration curve obtained in 20% ethanol was lower than that in 10% ethanol. This suggests that higher concentrations of ethanol also affect the extent of the DNS reaction.

This is substantiated by the data in Figure 3, which show the ratio of the absorbance at 540 nm of the DNS reaction for a fixed amount of glucose to the absorbance of a fixed amount of ANS, both at various ethanol concentrations. If the change in the molar absorptivity of the ANS product were the only factor, this ratio would be constant. The ratios were approximately constant up to 15% ethanol; beyond that, there is a significant decrease in the ratio. The absorbance of the reaction mixture for glucose samples in 20% ethanol was lower than for the same amount of glucose in lower concentrations of ethanol. This explains why the calibration curve in 20% ethanol is lower than the curve in 10% ethanol, as shown in Figure 1.

Ethanol and lower alcohols interfered with the DNS determination of reducing sugars. This interference was due both to changes in the molar absorptivity of the ANS product and, at higher ethanol concentrations, to an effect on the DNS reaction itself. Measurement of reducing sugars in alcohol-containing matrices using the DNS method will give systematically errors Results if the matrix of the standards does not match that of the analyte samples.

We thank the National Science Foundation for Grant 0959229 and the IUP Office of the Provost for an Academic Excellence and Innovation Award in support of this work.