Effect of Non-surgical Periodontal Therapy on the IL-21 levels in Gingival Crevicular Fluid of Patients with Periodontal Health and Disease. A Clinico biochemical Study 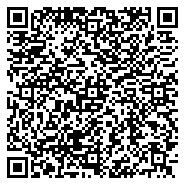 Periodontal disease results from destruction of periodontal tissues provoked by stimulation of bacterial challenge to host immune-inflammatory response [1,2]. Bacterial plaque is the primary etiological factor for periodontitis, but the majority of destruction of the periodontal tissues concludes from a sequence of immune-inflammatory reactions [3]. Resulting cellular activation collectively contribute to tissue destruction and bone resorption with the release of inflammatory mediators like cytokines, chemokines etc. [4]. These cytokines have been grouped as Th1, Th2, Th17 and T regulatory (Treg) based on their expression pattern and effects on target cells or tissues [5].

Classically, periodontal disease has been explained by Th1/Th2 pathway [6]. Th1 cells are associated with a protective response against bacterial infection whereas Th2 cells predominate in the advanced period of the disease suggesting their role in the destruction and progression of periodontal lesions [7]. Alternatively, host response to pathogenic bacteria has been described by IL-23/IL-17 pathway [8]. This alternative pathway occurs when bacteria induce synthesis of IL-23/17 rather than IL-12, which plays an important role in theinitiation and maintenance of inflammatory response. IL-23/17 pathway as compared to classical pathway has much fine-tuned cellular immune response that bridges the innate and adaptive arm of the immune response [9].

IL-21 is principally composed by activated T cells which facilitate IL-21 to modulate the acquired and innate immunity [10]. IL-21, a type-I cytokine structurally appears similar to IL-2, IL-4, and IL-15 proteins. IL-21 compete in the immunity against tumor cells [11] and chronic viral infections [12] and with the advancement of immune inflammatory diseases in various organs systems [13,14].

Therefore from the above observation, the aim of present study is to evaluate the role of GCF IL-21 levels in health, disease and post nonsurgical periodontal therapy (NSPT) and further correlate it with the clinical parameters of periodontal tissue destruction.

IL-21 in GCF was found multifold times high in periodontal inflammation compared to periodontal health and it was found there was a significant impact on the levels of IL-21 following non-surgical therapy. This study signifies the role of IL-21 as a biomarker for periodontal destruction.

A total of thirty four patients (19 males and 15 females, aged 20-60 years) were consecutively enrolled over a six month period (April 2014 to September 2014) from the outpatient department of periodontology, Krishnadevaraya College of Dental Sciences, Bangalore, and Karnataka. Ethical clearance for the study was obtained from the institutional ethical committee affiliated to Rajiv Gandhi University of Health sciences (02-D012-36773). The study was conducted in accordance with the ethical principles described in the Declaration of Helsinki 2008. Procedure of the study was explained and informed written consent was obtained from all the participants before their inclusion in the study. 24 patients having diseased periodontium were grouped into two test groups, i.e., 12 chronic gingivitis and 12 chronic periodontitis patients. 10 healthy individuals were included as control. Inclusion criteria were: patients having more than or equal to 14 functional teeth, systemically healthy patients who had not received any form of surgical and non-surgical periodontal therapy or received antibiotics or non-steroidal anti-inflammatory therapy within the past 6 months of the study.

Pocket depth (PD), [17] assessments of gingival bleeding i.e., gingival index (GI) [18], dichotomous measurement of supragingival plaque accumulation i.e., plaque index (PI) [19], and bleeding on probing (BOP) [20] to the base of the crevice were measured. Recording of clinical parameters were done for all the teeth excluding 3rd molar, on all the six sites for each tooth.

In all three groups, GCF samples were collected at baseline and 6 weeks post treatment. Site selection was based on the highest score recorded for single site in the oral cavity. A single site in each subject that showed increased inflammatory manifestations (chronic gingivitis) and the highest RAL level (chronic periodontitis) was selected for gingival crevicular fluid collection. We selected a single site in each subject to avoid pooling of samples from multiple sites, as periodontitis is a site specific disease. Prior to the collection of GCF samples supragingival plaque was removed with cotton pellets avoiding contact with marginal gingiva. Standard paperstrips were carefully inserted to a depth of approximately 2 mm, into the sulcus/pocket for 30 seconds for collection of GCF. The strips from the selected sites were placed immediately into individual microcentrifuge tubes containing 200 μL of phosphate buffer solution. The tube containing the periopaper strips were vortexed and homogenized for 30 seconds and then centrifuged at 12,500 rpm at 4°C for 5 minutes for eluting the protein embedded in the strips. The samples were stored at -80°C until further analysis.

A calibrated appliance Periotron was used to quantify the GCF sample volume. Readings obtained were converted to actual volume (μL) by reference to a standard curve. A blank gingival fluid collection (perio-col) strip was placed between the periotron fluid meta-sensors and the instrument was adjusted to display a reading of zero. A microlitre syringe was used to accurately deliver 0.25-1.25 μL fluid (distilled water) to perio-col strip. The strips were immediately placed between the periotron sensors. The periotron score volume displayed the known volume of fluid recorded. This step was repeated three more time with 0.25 μL of test fluid and the average score recorded. The above step was repeated using volume of 0.5, 0.75, 1.0, 1.25 μL, and in every instance the mean periotron value calculated and recorded. Once all the score were obtained, a standard curve was computed with known fluid volume (X-axis) and periotron score (Y-axis). In a similar way GCF volumes (from health, chronic gingivitis and chronic perodontitis) from study patients were obtained automatically with periotron score. The interpolation from standard caliberation graph gave volume of fluid.

Clinical parameters and collection of GCF samples for all patients was done at baseline. Following, all patients received thorough oral hygiene instructions; a full mouth supra-gingival scaling was done. Non-surgical periodontal therapy for group III was performed in 2-3 appointments.

Proportions were compared using Chi-square test (χ2) test of significance. Normality of data was tested using Shapiro-Wilk test. A student t-test was performed to determine pre and post treatment difference values. One way analysis of variance (ANOVA) was used to test the difference between the groups. Comparison of the biochemical and clinical parameters were performed using Kruskal-Wallis non-parametric test. P<0.05 was considered as statistically significant.

IL-21 is a proinflammatory cytokines expressed by activated Th1 and Th17 cells (proinflammatory lineage) functions via receptor IL-21R, a type I cytokine receptor [21]. IL-21 expressed at site of inflammation in varying quantities is mainly secreted by activated CD4+ T cells and natural killer T cells (NKT). The activities of IL-21 have effects on both lymphoid and myeloid lineages [22]. IL-21 is a helper cytokine that orchestrate a potent innate response. It has effect on leukocyte subsets, such as antigen presenting dendritic cells and phagocytic macrophages to a lesser extent compared to T cells, NK cells and B cells. IL-21 regulates IgE production and eosinophillic requirements [23]. IL-21 activates the JAK/signal transducer and activator of transcription (STAT) pathway [24,25]. Two other major pathways have been associated with IL-21 signalling: mitogen activated protein kinase (MAPK) and phosphoinositol-3 kinase (PI-3K), thus interlinked to cellular functions [26].

In the our study, IL-21 levels in chronic periodontitis was found to be 28 folds more than the healthy controls and 8 folds more than in chronic gingivitis. We have shown the expression of IL-21 levels in chronic gingivitis, chronic periodontitis and have correlated its level with clinical parameters before and after scaling and root planning with healthy controls. The results have demonstrated that IL-21 was down regulated (p<0.05) in both test groups following non-surgical therapy.

Currently there is only one interventional study on the effect of non-surgical periodontal treatment on GCF IL-21 levels in chronic periodontitis patients [2]. There are very few observational studies of IL-21 levels in saliva of patients with chronic periodontitis [33,34]. On the basis of our result we can deduce that non-surgical periodontal therapy down regulated the expression of Th17 related cytokine (IL-21) thus contributing to the relief of periodontal inflammation.

Hence within the limitations of our study it can be summarized that with the variations in periodontal inflammation, there is a significant increase in the local concentration of IL-21 in gingival crevicular fluid. In our study, intervention therapy was found to be beneficial in both the test groups. It can be postulated that greater the extent of periodontal destruction, the higher the gingival crevicular fluid IL-21 concentration that signifies the proinflammatory role of IL-21.

Conflict of Interest and Source of Funding

The study received no financial support. We declare that there is no conflict of interest concerning the contents of the study. This study has been self-supported.