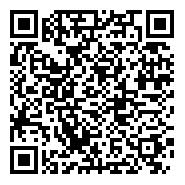 A glide path is the unimpeded path from the canal orifice to the canal terminus, which the rotary shaping instruments will follow. The root canal preparation if considerably enhanced as it is preceded after the effective glide path. After the introduction of the glide path technique different glide path instrument has been introduced as well. Glide path have facilitate the root canal preparation with more centered preparations with less transportation and a decreased incidence of canal aberrations in addition the risk of undesirable fractures of rotary instruments is reduced.

Nickel-titanium (NiTi) rotary instruments were introduced to improve root canal preparation. However, in clinical practice these instruments carry a risk of fracture, mainly as a result of flexural (fatigue fracture) and torsional (shear failure) stresses. Canal curvature is suspected to be the predominant risk factor for instrument failure caused by flexural stresses [1-4]. The clinician and the type of instrumentation are fundamental to prevent torsional shear stresses. Various aspects might contribute to increase these stresses, such as excessive pressure on the hand piece, a wide area of contact between the canal walls and the cutting edge of the instrument or if the canal section is smaller than the dimension of the non-active or noncutting tip of the instrument. This risk might be reduced by performing coronal enlargement and manual preflaring to create a glide path before using NiTi rotary instrument [1,2,5]. Thus the root canal diameter should be bigger than or at least the same size as the tip of the first rotary instrument to be used [6].

The purpose of the study was to review the glide path and compare the different glide path instrument for maintaining the canal anatomy and their mechanical properties.

Maintaining the original shape of the canal and avoiding canal aberrations like ledge formation and zip configuration is challenging, especially while preparing severely curved root canals [7]. Previously manual K-files were used for preflaring of the canals but manual preflaring with K-files produced a more marked straightening of the coronal and apical curves, with a significant modification of the original canal anatomy [1]. After the introduction of Nickel Titanium glide path files, the Nickeltitanium instruments claimed to shape root canals more effectively than stainless steel instruments because they have 2–3 times greater flexibility [7].

Rotary glide path preparation allows better initial removal of pulp tissue and debris from the canal, allowing the operator to maintain the working length and patency of root canals. This allows for better flow of irrigation solutions to the apical root canal, a significant advantage during the crown-down technique. Other advantages of using NiTi rotary instruments include less hand fatigue for the technician as well as less chair time for the patient [8-10].

Different glide path instrument have been introduced for the preflaring of the curved root canal so as to maintain the canal anatomy as well as to decrease the rotary instrument separation. Different rotary glide path instruments available are: G-file system, Hyflex Glide path file (GPF), NiTi Scout Race, Path file (PF), Proglider (PG), Race ISO 10, Xplorer files. All of these instruments are made of different metallic alloys and had different geometries including cross-section, taper, and pitch. Due to the different physical dimension and properties, glide path prepared with these instruments are not exactly similar.

As first step of the Root canal treatment an access cavity should be prepared that will ensure straight-line access into all the root canals. Remove any coronal interference, eliminating any obstruction or accentuated curvatures in the coronal third of the root canal. Negotiate the root canal up to working length (established with apex locator or radiograph) and establish patency with a pre-curved stainless steel K-File (size 06, 08 or 10). Establish an initial glide path with the K-files by using a “watch-wind” or “in-and-out movements” by hand. Do not proceed with the rotary glide path instrument before an initial glide path has been established up to a size 10 K-file. To verify this, a size 10 K-File must be placed at working length, withdrawn 1.5 mm by hand from the root canal and pushed back to working length without any difficulty. Then rotary Glide path instrument can be used. Irrigation after each instrument is recommended to remove dislodged debris from the root canal. In canals that demonstrate accentuated curves in the apical third of the root canal recapitulation with the size 10 K-File by hand to ensure complete patency of the root canal [10]. Then proceeded with the next file similarly. At the completion of the glide path the canal should be slightly big or at least the size of the first rotary file to be used for preparing the root canal [9].

Berutti et al. [1] reported that the new NiTi Rotary Path File produced significantly less modification in coronal and apical canal curvature and fewer canal aberrations compared with manual preflaring with stainless steel Kfiles, NiTi Rotary Path Files appear to be suitable instruments for safe and easy creation of the glide path before use of NiTi Rotary shaping of the canal. Path files demonstrate better maintenance of the original canal anatomy with less modification of canal curvature and fewer canal aberrations compared with manual preflaring performed with stainless steel K-files [1,2,5]. The approach with NiTi rotary PFs showed to be less invasive and less technique sensitive. In simulated canals, it has been shown that clinicians’ expertise seemed not to play a significant role on shaping outcomes because an inexperienced clinician using NiTi rotary PathFiles produced a more conservative preparation than an experienced endodontist who used SS files. The post-treatment time to pain resolution trend of this group was better than that of the K file [5,8,11].

Berutti et al. [12] concluded the capability of Proglider to perform a glide path as well as middle and coronal preflaring, reducing the amount of stress stored by ProTaper Next (PTN) X1 during shaping. Another study also concluded the use of a small size hand K-file that is followed by a more flexible and less tapered PG glide path system might preserve the root canal shape and thus enhance the instrumentation with PTN files [13,14].

Natasha et al. [15] compared the shaping ability of K files, path files and Scout RaCe in which they found Scout RaCe showed significantly better performance than Pathfiles in shaping double-curved canals. The authors concluded that NiTi rotary instruments were suitable for preparation of a glide path because they promoted less deviation when compared to stainless steel hand files.

In a study by Pasqualini et al. [5] patients were evaluated for post-operative pain levels as well as intake of analgesics. Patients in the path file group showed less time to pain resolution as well as lower postoperative analgesic intake compared to hand files.

According to Vanessa de Oliveira Alves [6] there is no difference between manual instruments and Path File or Mtwo rotary instruments used to create a glide path in the endodontic preparation of curved canals.

D'Amario M et al. [14] compared the shaping ability of path file, G file and K file and concluded that the G-File, the Path File, and the manual instruments did not have any influence on the occurrence of apical transportation nor did they produce a change in the angle of canal curvature. But the G-File instruments seemed to be the most rapid system in creating a safe glide path.

Endodontic instruments used for negotiation of narrow root canals should ideally exhibit small dimensions and possess mechanical resistance to torsion so as to endure the loads imposed on them during apical progression [16,17]. An instrument that is too weak cannot negotiate a tight orifice and canal area, and thus, files need to have an appropriate buckling resistance. However, sometimes, files having a strong buckling resistance are stiff, and the power of stiffness might be more than that needed clinically. The use of stiff instruments can result in some canal aberrations such as ledges and perforations during the negotiation and may then jeopardize the clinical outcome [18]. Flexibility and torsional resistance have opposite tendencies, so the path finding instrument should have adequate flexibility as well as buckling resistance.

Various methods have been used to evaluate instrumentation of different NiTi rotary systems, including histologic sections, plastic models, serial sectioning, scanning electron microscopy, radiographic comparisons, silicone impressions of instrumented canals, and micro–computed tomography. Most of the study have used resin blocks [1,2,7,12,15,19-24]. Even though resin blocks do not represent the anatomic variability of a human root canal system, simulated resin canals have been widely used to point out differences in performance of instruments under standardized experimental conditions [2]. Use of resin blocks for endondontic experiment is validated by Weine et al. and Dummer et al. They are used for standarization of shape, size, taper and curvature of the canal. There is no accurate replacement of the natural teeth and difference in hardness of resin in compare to dentine and also should be careful while using resin blocks because the heat generated during preparation can soften the resin which can interfere with the preparation [17]. Other studies have used the extracted teeth [6,14,15,25-29] but different canal anatomies were used; therefore, it was likely to affect their assessment negatively [20]. Natural teeth are the best specimens to evaluate the shaping effects of instrumentation, but they are very difficult to standardize because of different curvatures, initial canal diameter, and dentin hardness.

Various studies were done for the comparing the mantainance of canal curvature by using wave one, Hyflex, One shape [2,7,25], Protaper [13,27] with or without use of glide path. These studies showed that use of glide path before the rotary shaping files were better in maintaining the original canal anatomy with less transportation of apical foramen, less variation in canal curvatures and more of remaining dentinal thickness and centered. Nazarimoghada et al. also reported creating glidepath before using Reciproc file system in curved canal may prevent external wall change at the apical third [20].

According to most of the studies occurrence of canal modifications and aberrations seems to be significantly reduced when previous glide path is performed. However, some other studies reported that a glide path had no impact on the occurrence of apical transportation or the incidence of canal aberrations. In a study by Burklein et al. also showed that glide path preparation exerted no significant effect on the shaping ability of the different instruments used and on the incidence of canal aberrations, but less tapered instruments caused less canal transportation than systems including more tapered instrument [7].

But in most clinical situations the breakage of the instrument occured in the apical 1/3 of the canal where the remaining portion is often difficult to remove. The file breakage rate increased as the radius of curvature decreased and as the angle of curvature increased and also as the number of clinical use increased [26]. This guides the use of preflaring of the canal so that there can be decrease in instrument separation. However, further studies are needed as different studies have not included all types of files for the study and most of the study is in vitro which may have a little difference form the actual clinical cases.

A variety of methods may be employed to obtain a glide path for minimal deviation from the original canal space which can be achieved by different rotary glide path instrument which should be used properly for better result in root canal treatment.