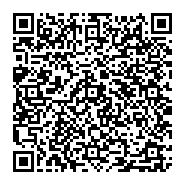 Background: Fusion is a developmental dental anomaly commonly encountered in primary teeth than permanent teeth. Fused teeth manifest varied clinical and radiographical features depending on the stage of development of the tooth which often presents a challenge to diagnose the condition and carry out the right treatment. Case Report: This case report is aimed at describing fused 51 and 52 in a 5 year old child presenting history of trauma and subsequent dentoalveolar abscess associated with the fused tooth. Considering various factors, a conservative treatment plan of endodontic and aesthetic therapy with the fused tooth was carried out. Conclusion: The technique described here offers a simple and effective method for restoring a fused tooth that re-establishes function, shape and aesthetics in a young child.

Developmental anomalies of teeth present a challenge in dentistry for a proper diagnosis and treatment planning. One of such malformations noted in primary teeth is conjoined teeth. Conjoined teeth could be union of two or more teeth in the arch; which could be as a result of fusion or germination [1]. Fusion as defined by Tannenbaum et al. in 1963; is a union of two separate tooth buds at some stage in their development [2]. These teeth are joined at the dentin, pulp chambers and canals may be linked or separated depending on the developmental stage when the union occurs; which is a distinguishing feature between fusio-totalis, partialis-coronaries and partialis-radicularis [3]. Fusion of primary teeth is more frequent than permanent teeth with a prevalence rate of 0.5-2.5% [1]. Double teeth are usually asymptomatic, however may sometimes be associated with unpleasant aesthetics, malocclusion, periodontal disease, dental caries. Also deferred physiologic resorption of fused teeth may cause delayed or ectopic eruption of permanent tooth or agenesis of succedaneous tooth [4].

The purpose of this case report is to describe a conservative management of a fractured double tooth in primary dentition which restores function and aesthetics in a young child.

A medically fit five year old boy reported to our dental clinic with a chief complaint of swelling in the upper front region of the jaw. History of present illness revealed trauma while playing, one year back. Immunization status was up to date. There was no family history of dental anomalies and no consanguinity was reported in the parents. General and extra-oral examination appeared non-contributory. Intraoral examination revealed a complicated crown fracture involving an unusually large tooth in the maxillary anterior region with a deep groove on the labial and the lingual surface extending to its cervical region. The tooth was associated with an abscess measuring approximately 1 cm in diameter seen in the apical region (Figure 1). The number of teeth in the arch was found less suggesting towards fused 51 and 52. The remaining primary teeth showed no abnormality. An intraoralperiapical radiograph exhibited fused crowns of primary maxillary right central and lateral incisor with a radiolucent line in be-tween extending from incisal to the cervical region with separate pulp chambers and root canals, pathologic apical root resorption (Figure 2). Agenesis of succadenous permanent lateral incisor was found (Figure 3).

Figure 1: Preoperative intraoral picture showing fusion with 51, 52 and fracture of crown with the same.

Considering the history, clinical and radiological examination, a diagnosis of ‘Dentoalveolar abscess with Double tooth affecting maxillary right primary central and lateral incisor’ was made. After discussing various treatment options with the patient’s parents, an endodontic followed by aesthetic treatment was considered for the double tooth. Parents were counseled regarding the anomaly and the prognosis of the treatment.

For aesthetic rehabilitation, the crowns were separated at the developmental groove using a needle bur (Mani, Inc. Japan) and a minimal tooth reduction of 0.5 mm was done to smoothen the fractured enamel margins of both the crowns. After etching and bonding of the tooth, direct crown build up was then done with composite resin material (Filtek Z250, 3M ESPE; Germany) in an incremental manner involving all the surfaces. Finishing and polishing of the composite was done using composite finishing kit (Shofu Dental Corporation, USA) (Figure 4). With some dimensional differences in the crowns considerable good aesthetics, satisfactory to the patient’s parents was achieved. One month follow up showed asymptomatic healing of periapical radiolucency (Figure 5). The patient was advised regular long term follow up to evaluate timely resorption of the double tooth and proper eruption of permanent teeth. The anomaly of conjoined teeth has been described under various names. De Jonge proposed the term ‘Synodontia’ for teeth formed by the inability of adjacent tooth germs to retain their individuality [5]. However the term “double teeth” suggested by Miles in 1954 is widely accepted and may be more appropriate [5]. To correctly differentiate between fusion and germination, ‘Madder’s two tooth’ rule introduced in 1979 was used in the present case; which suggested fusion, as the number of teeth in the arch was less [6].

Depending on factors such as location and extent of the fusion, root-development stage and patient age, the treatment of double tooth may vary [3]. Considering the current rare case of a complicated crown fracture with a double tooth, one option involves extraction of the infected tooth followed by a space maintainer; as pulp therapy may pose difficulties due to the internal complexities of root canal system in a fused tooth [7]. However, importance of the preservation of such teeth has been reported by few authors where a similar treatment plan was performed with a fused primary and supernumerary tooth [8,9]. The conservative non-surgical treatment performed in our case reduced the trauma of premature extraction, provided space maintenance, restored aesthetics and function in a young child.

An association between presence of primary double teeth and congenital absence of succadenous permanent teeth is commonly reported [7,10]. Wu et al. reported hypodontia and other problems in permanent successors in 56% of their cases of fused primary teeth [7]. Absence of the succedaneous lateral incisor was seen in the present case as well; due to which deleterious effects on occlusion and aesthetics can be predicted in permanent dentition [7]. Hence, in order to intercept future malocclusion and aesthetic concerns, a strict follow up was advised to the parents.

This case report provides a distinctive approach for treating a primary fused tooth considering various factors required for the good prognosis of the treatment. In conclusion, in spite of diverse literature and approaches known to treat such symptomatic fused teeth, long term follow up to evaluate the permanent dentition demands more attention to achieve ultimate functional and esthetic success.