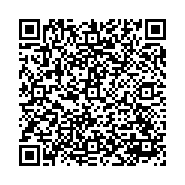 Enterococcus faecalis, a Gram positive facultative anaerobe is most commonly associated with failed endodontic treatment. Prevalence of E. faecalis is very high in asymptomatic, persistent endodontic infections. It plays a vital role in causing persistent periradicular lesions. It is one of most antibiotic resistant type of bacteria. It can tolerate and survive in extreme conditions. It competes with other microbes for survival, forms biofilm, invades dentinal tubules and possess virulence factors which contribute to its survival. This article highlights the unique characteristics of Enterococcus faecalis, its virulence factors, resistance to medicaments that enable them to survive in root canals and current effective treatment modalities for eliminating E. faecalis from the root canal system.

Enterococci species are among the top three nosocomial bacteria with strains that are resistant to currently available antibiotics causing difficulty in treatment of diseases [1]. Among the enterococci species, E. faecalis is most commonly isolated from oral infections. They form only a small portion of the initial flora of untreated teeth with necrotic pulps [2], but have been frequently isolated from the obturated root canals causing failure of endodontic treatment [3,4]. The probable reasons for its survival in endodontically treated root canals can be explained by its virulence factors, resistance to medicaments, ability to tolerate and adapt in harsh environmental conditions. The sole purpose of an endodontic treatment is to prevent infection of root canals by completely eliminating the disease causing microbes with prime focus being on resistant strains. Research and development of advanced treatment modalities to target these groups can be carried out by better knowledge about their structure, strength and weakness. The intent of this article is to highlight the unique characteristics of Enterococcus feacalis, its virulence factors, resistance to medicaments and effective methods to eliminate them.

Thiercelin first used the name “enterocoque” that emphasized its intestinal origin. They are mainly found in GIT, genito urinary tract and oral cavity. E. faecalis is commonly seen in marginal periodontitis, infected root canals and periradicular abscesses. E. faecalis is a Gram positive, non-motile, non-spore forming, fermentative and facultative anaerobe. It is commonly found in a high percentage of root canal failures and it is able to survive in the root canal either as a single organism or as a major component of the flora. They are usually seen singly, in pairs, or short chains. It adheres to the tooth dentin and can penetrate into the dentinal tubules up to the depth of about 50-300 μ.

Enterococci can survive in very harsh environments which explains the reason for its survival in root canal infections where nutrients are less and it’s difficult to escape the disinfection protocol of root canal treatment. It can withstand high temperature of 60°C for 30 min, high alkaline pH up to 9.6 and high salinity [5,6]. They can also resist bile salts, detergents, heavy metals, ethanol, azide, and desiccation [5]. They can grow in the range of 10 to 45°C [6]. It utilizes serum as nutritional source thus is able to survive even though nutrition is scarce. Serum from alveolar bone and the periodontal ligament helps in adhesion of E. faecalis to type I collagen [7]. It forms a biofilm on medicated canals which protects it by making it 1000 times more resistant to phagocytosis, antibodies and antimicrobials [8].

One of the reasons that E. faecalis is able to survive in root canals is because of virulence factors they possess, namely lytic enzymes, cytolysin, aggregation substance, pheromones and lipoteichoic acid [9]. These factors are responsible for adhesion of E. faecalis to the host cells. They express proteins which helps in competing with other bacterial cells [7,9]. It alters the host response by suppressing the action of lymphocytes [10]. Aggregation substance and lipoteichoic acid are mainly responsible for adhesion, where aggregation substance binds to type I collagen of dentin and lipoteichoic acid have a strong affinity for hydroxyapatite. The lytic enzymes are hyaluronidase and gelatinase. Hyaluronidase is a degenerative enzyme associated with tissue damage. They supply nutrients to bacteria by degradation of hyaluronan present in the dentin to disaccharides. They increase the bacterial invasiveness by facilitating spread of bacteria as well as their toxins through host tissues. Gelatinase are zinc containing metalloproteinase that contributes to the bone resorption and degradation of dentin organic matrix, thus playing an important role in the pathogenesis of periapical inflammation. Pheromones also have a similar effect not only does it resorb the bone structure but also prevents new bone formation. Apart from possessing these they also share these virulence traits among species, thus enhancing its ability to survive and cause disease [11]. However E. faecalis is less dependent upon these virulence factors and relies more upon its ability to survive and persist as a pathogen in the root canals of teeth through widespread genetic polymorphisms [7]. It faces the challenges of survival within the root canal system in several ways and has been shown to exhibit widespread genetic polymorphisms [12].

Most commonly used medicaments during a routine endodontic procedure are calcium hydroxide and sodium hypochlorite. Calcium hydroxide is used as an intracanal medicament is considered to be the most effective against majority of the microbes responsible for endodontic infections. However it is ineffective against E. faecalis on its own, especially when a high pH cannot be maintained [13,14]. The reasons for its inability to act against E. faecalis could be:

2. Buffering capacity of dentin maintains the pH below 11.5 at which E. faecalis can survive.

4. Antimicrobial action of these medicaments are further altered by properties of dentin matrix, type-I collagen, hydroxyapatite, and serum [17].

5. It has the advantage of forming biofilm which provides a certain degree of protection and homeostasis.

Enterococcus species are resistant to majority of the available antibiotics posing serious threats to success of treatment. E. faecalis forms intracanal, periapical and biomaterial centred biofilms. Biofilm bacteria showed much greater resistance to antibiotics than their free living counter parts. This resistance may be intrinsic or acquired via gene transfer as it exhibits widespread genetic polymorphisms. The genes for intrinsic resistance reside on the chromosome. Mutation in the existing DNA or acquisition of new gene, through the transfer of plasmids and transposons results in acquired resistance. Enterococci have developed intrinsic resistance to commonly used antimicrobial agents which has helped them to further acquire genes encoding high level resistance to aminoglycosides, pencillins, tetracycline, chloramphenicol and recently vancomycin. Multi-drug resistant Enterococci however have demonstrated susceptibility to linezolid (antibiotic, oxazolidinone derivative), thus making it drug of choice for treating such infections [18]. Biofilms may also provide a penetration barrier for the antimicrobials. However, here the focus of infection is the root canal and the dentinal tubules, which are relatively inaccessible to the host defense system. Therefore, treatment should mainly include local, rather than systemic means.

Finding an effective way to eliminate E. faecalis from root canal space has been an area of major research topic due to their high resistance to antimicrobial agents and commonly used intracanal medicaments. These microbes can gain access to the root canal system during the treatment, in between appointments or even after the completion of treatment [9]. So in order to eliminate or prevent their entry it is essential that each and every phase of treatment be carried out carefully. Cleaning and shaping the root canal to a larger instrument size will help to remove intracanal microbes inaccessible areas which cannot be achieved with smaller instruments [19]. But care should be taken not to compromise the remaining dentin thickness. Furthermore larger apical preparations facilitate better penetration of irrigating solutions and medicaments by opening the dentinal tubules in normally inaccessible areas.

Root canal irrigants: Sodium hypochlorite which is routinely used as endodontic irrigant is effective against E. faecalis if used in adequate amounts and regularly replaced [20]. MTAD is a mixture of a tetracycline isomer, an acid, and a detergent is also found to be effective due to its anticollagenase activity, low pH, and ability to be released gradually over time [21]. Chlorhexidine is also effective in a 2% gel or liquid concentration due to its substantive antimicrobial activity [22-24]. Murad et al. found that 2.5% and 5.25% sodium hypochlorite and 2% chlorhexidine gel were most effective against E. faecalis at all exposure times and MTAD was effective after 5 minutes [25]. Torabinejad et al. found 1.3% sodium hypochlorite used as an irrigant during instrumentation enhances the efficiency of MTAD [26]. Ozonated water relatively newer irrigant has been shown to have the same antimicrobial efficacy as 2.5% sodium hypochlorite [24].

Many studies have been carried out on the antimicrobial activity of various sealers against E. faecalis. Mickel et al. [31] found that Roth 811 (Roth International Ltd., Chicago, IL), a zinc-oxide eugenol based sealer, showed greatest antimicrobial activity against E. faecalis when compared to other sealers [31]. Saleh et al. in their study found AH Plus and Grossman’s sealer effective in killing E. faecalis within infected dentinal tubules [32]. Based on these studies it can be concluded that proper cleaning and shaping with appropriate instruments, irrigants and medicaments along with three dimensional obturation with suitable obturating materials will optimize the chances of eradicating E. faecalis from failed endodontic cases. Additional steps should be taken to prevent E. faecalis from re-entering the root canal space. These include having the patient rinse with chlorhexidine before treatment, disinfecting the tooth and rubber dam with chlorhexidine or sodium hypochlorite, and disinfecting gutta-percha points with sodium hypochlorite before insertion in the canal [33]. Newer resin based obturation systems which bond to the root canal walls may be able to provide excellent seal against entry of microbes. This was further supported by Shipper et al. who found Epiphany (Pentron Corp., Wallingford, CT) that have been designed to bond to the root canal walls and thus prevent bacterial leakage, also suggested that this system is better at preventing microleakage of E. faecalis than gutta-percha filled canals [34].

E. faecalis is a major concern for practicising endodontist as it has been frequently isolated from persistent endodontic infections. It may be attributed to their ability to invade the dentinal tubules, its various virulence factors and survival tactics in harsh conditions. Biofilms provides antibiotic resistance which further increases its chances of survival. This may explain why E. faecalis is frequently a dominant pathogen in failed endodontic treatment. Following aseptic technique, use of 5.25% sodium hypochlorite and 2% chlorhexidine as irrigants, 2% chlorhexidine or in combination with calcium hydroxide as intracanal medicament and larger apical preparation are effective in eliminating E. faecalis. With the help of past and recent studies on E. faecalis we have summarized the probable reason for its survival along with effective methods to eliminate them. Further exploration of these virulence factors can lead to newer methods to counteract E. faecalis.