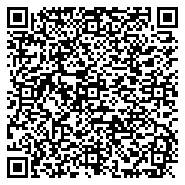 The extremely low cycle fatigue (ELCF) behaviors of anti-seismic steel HRB400 reinforcing steel bars were comprehensively studied following the cyclic push-pull loading tests with extremely high strain amplitudes (up to ±12.8%). The cyclic stress response characteristics and cyclic stressstrain relationships were investigated. The cyclic response characteristics were closely related to the strain amplitudes, and the secondary hardening phenomenon appeared under some strain amplitudes. The strain-life data from the axial tests were used to derive suitable Coffin-Manson parameters for the test material. The scanning electron microscope (SEM) morphology revealed ELCF damage mechanisms were distinctive of those typical from LCF. Compared with the common low-cycle fatigue (LCF) fracture region, several unique features in the ELCF regime can be noticed, including the deviations of the fatigue life from the Coffin-Manson law and the transformation of fatigue cracking modes.

Nowadays, the fatigue properties of steel structures are generally taken into account in structure designs, to predict and prevent possible failure under cyclic loads [1], especially very large-strain cyclic loading, such as strong earthquakes [2]. Under this condition, materials normally fail in very small number of cycles (<100 cycles), and behave differently from common Low Cycle Fatigue (LCF) behaviors. To distinguish this very-low-cycle regime from larger cycle parts of the LCF region, the fatigue failure at very small number of cycles (<100 cycles) is termed as extremely low cycle fatigue (ELCF) [3-8]. Extremely low cycle fatigue, with the fatigue life of less than 100 cycles, is the extremely behaviour of Low Cycle Fatigue (LCF) [1-3]. The alternative stress borne by the material or structure which was damaged in the ELCF greatly exceeded the yield strength.

In recent years, accidents of the structure or facilities in aviation, transportation, petrochemical and construction industries occurred frequently. The analysis of failure suggested that many accidents were caused by the high strain low cycle fatigue behavior of building structure. In some accidents, such as strong earthquakes, buildings experienced low cycle fatigue or extremely low cycle fatigue, where strain amplitude was very high (several times of the yield strain) and the fatigue life was extremely short, sometimes only several cycles [9,10], which caused huge disaster or property damage in an unexpectedly short time. A common life example of ELCF are steel structures failing due to extreme loading conditions caused by strong earthquakes [6,11]. The main reason for the serious disaster lied in that the buildings had poor anti-seismic properties. Since the reinforced steel bar is one of the most important material to insure the safety of building structures, the anti-seismic performances of building structures depend on the actual performances of the reinforcing steel bars under earthquakes. The LCF or ELCF performance is one of the important indicator of the anti-seismic performance which was put forward by researchers [12,13] through numerous experiments and investigations. However, since vast time and energy have to be spent on the fatigue experiments, the criterion of selecting the construction steel used to be established on the basis of the statistic strength of steels in the anti-seismic design [13]. Therefore, it is obviously dangerous that the whole distinction of the service conditions and failure pattern between the dynamic loading and static loading were ignored. As an indispensable factor for anti-seismic design, it is of great necessity to achieve a comprehensive and in-depth understanding of the ELCF behaviors of construction steels.

Recently, more and more investigations on LCF behavior of construction steels and structures have been carried out [14-16]. However, there are few reports about the research on the ELCF yet. The extremely large strain amplitude and relatively huge accumulated plastic strain during the ELCF could result in special plastic deformation bahaviour which causes unique changes in the cyclic hardening/softening behaviours during cyclic loading processes [4]. Another unique characteristic of ELCF different from other fatigue regimes is its fracture mode. The fatigue crack often starts from the surface during the LCF regime, while in the ELCF region, the fatigue crack probably originates from the interior of the specimen [17].

Moreover, Coffin-Manson [18,19] relationship was employed to establish the life prediction model and fit the LCF life prediction curve. Since little experimental data was obtained, ELCF life used to be predicted by the strain-life relationship of LCF life based on Coffin-Manson relationship. However, research results suggested that Coffin-Manson relationship often overestimated the ELCF life of some materials [20-22], although it may be applicable to other materials [10,23]. Undoubtedly, being overestimated of ELCF life would cause danger to building structures under strong earthquakes. Although Kanvinde and Deierlein [24] has researched the fatigue damage by contributing the effect of plastic internal void growth and coalescence in ELCF and developed a cyclic void growth model (CVGM) for ELCF life prediction showing fairly accurate results of predicting ELCF life, the CVGM is limited by some assumptions stated in the study. So far, researchers are not yet certain whether or not the Coffin-Manson law is applicable to the ELCF prediction [25], which makes ELCF life prediction unsolved problem in ELCF investigation. Due to these analyses, a comprehensive and in-depth understanding of the ELCF behaviours of earthquake resistant building steels was considered in this paper.

At present, HRB400 reinforcing steel bars were widely applied in the earthquake-prone areas. Its LCF properties have been investigated [14,15] before. However, so far there are no theoretical or experimental reports about its ELCF performances. Therefore, the ELCF behaviour of HRB400 reinforcing steel bars, such as the cyclic stress response, the life prediction model and damage mechanism, was investigated in the paper. The investigation would shed light on the estimation and improvement of the antiseismic performances of the test material, and improve the research on the design and application of the steel structures under strong earthquakes. Meanwhile, this research would contribute to the improvement in the ELCF theory.

The chemical compositions, mechanical properties and micro-structure of the test material have been reported in previous research [15]. The extremely low fatigue tests were conducted on a servo-valve controlled electro-hydraulic testing machine from Shimadzu (model EHF-EM200k2-040) in ambient air at room temperature according to the standard [26]. The tests were run under uni-axial tension-compression loading with total strain control. Triangular waveform was employed for all the fatigue tests. The cyclic loading was started from the tensile side. The total strain was measured by a dynamic lateral extensometer which was attached to the minimum diameter of the specimen. The hourglass fatigue specimens with a minimum diameter of 8 mm were used (Figure 1). Before fatigue testings, the specimens were machined by an NC machine, and the surfaces were polished by using grinding paste (W3.5) to remove scratches, finally as bright as a mirror.

Substituting the ELCF data, all data, LCF data and the cylindrical data in Table 1 into the Coffin-Manson relationship [18,19], respectively, the corresponding strain-life relationships were given in Table 3. Figure 4 shows the fracture surfaces of the sample fatigued at the strain amplitude of 7.851%. Figure 4a shows the fracture overall at an angle of about 45 degree to the loading axis, where there were several small crack initiation sites and a main crack initiation site. Figure 4b shows an amplified image of a small crack initiation site in Figure 4a, where it can be seen that cracks initiated at the surface. Figure 4c shows the morphology of the stable crack propagation region with wide fatigue striations located at the edge of the fracture, indicating a fast crack propagation speed. Figure 4d shows the dimples in the central region, where numerous fine dimples accumulated and an obvious inner crack with a length of about 0.3 mm existed. It is suggested that the damage of the test material in ELCF was caused by both the external and the internal cracks. And the final fracture region located in the central region was large, suggesting a fast fracture propagation speed, too. (3) Several cracks initiated at the surface of the specimen, which results in multiple fatigue sites in ELCF. Then cracks propagated inward together, and exhibited a small propagation region. The final rupture regions of fractures in ELCF were larger than those in LCF. And contrary to LCF where the final fracture regions occurred on the edges of fractures, the final rupture regions existed in the central parts of fractures. The fractures in ELCF were caused by both the external and the internal damages. These investigations on the micro-phenomenon would not only shed light on the thorough comprehension of the micro-fracture mechanism but also promote to improve the anti-seismic properties of anti-seismic steels.