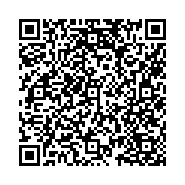 Oral route of drug administration has been the most preferred one due to the seamlessly numerous advantages that it offers. Adding on to the existing benefits, researchers have smartly used the recent technology and advance knowledge to take oral drug delivery system to next level of patient convenience and compliance. Fast dissolving tablets (FDTs) are the output of this ongoing advancement in science. This novel concept addresses many patient needs from enhancing life cycle management to offering super convenient dosing, especially for pediatric, geriatric, and psychiatric patients for whom swallowing the conventional tablets and capsules was a trouble. This present report generates database on development and evaluation of FDTs from 2000-2016. Along with this, it is aimed at providing complete information of superdisintegrants and the techniques employed in preparation of FDTs studies in past 15 years. Sixty studies were taken into consideration. The findings suggest that majority of FDTs are formulated for NSAIDs, analgesics, GI drugs and cardiovascular including antihypertensive drugs and least for antidiabetic and anticancer drugs. Most of the studies (34 out of 42 studies) used crosspovidone at different concentrations (5% to 10% w/w). 36 out of 60 studies used direct compression (DC) technique for formulation of FDTs.

Drugs have been saving lives since time immemorial. Although new drug delivery system involves tremendous innovations, oral route still remains most preferred route of drug administration. The advantageous of this route include accurate dosage, low cost therapy, good stability, self-medication, non-invasive method, ease of administration and patient compliance [1-3]. However traditional tablets and capsules administrated with amount of water as large as 8-oz of glass may be impractical for some geriatric patients Nautiyal [4], due to changes in physiological function with advancing age. Furthermore, for other patient groups such as mentally challenged, uncooperative patients and those who are bed ridden or travelling with limited access to water, the versatility of conventional oral drug delivery system gets a halt.

Therefore, to extend the benefits of oral dosage form to the disadvantaged patient groups, advancements in technology and improved knowledge has led to development of alternative concept called fast dissolving tablet (FDT) technology. The Food and Drug Administration defines FDT as ‘‘a solid dosage form containing medicinal substances which disintegrates rapidly, usually within a matter of seconds, when placed upon the tongue’’. Bandari [5] These tablets disintegrate in mouth itself in few seconds to minutes, thereby eliminating the need for swallowing with water. Although these tablets are like the traditional ones, they need to have certain unique properties.

• water not required to swallow, use saliva as the disintegrating solvent in order to disintegrate into smaller particles in few seconds

One of the numerous reasons that are bringing success to these FDTs is that they incorporate in them, the goodness of both solid as well as liquid dosage forms [6]. Following are the key benefits that have made FDTs draw the interest of healthcare and clinicians.

a. FDTs have inherited the benefit of accurate dosing and good physical as well as chemical stability from solid dosage forms [7].

b. In less than a minute, FDTs disintegrate into simpler granules and form paste in oral cavity itself. This in turn begins absorption right in the mouth, thereby increasing bioavailability [8] along with imparting rapid therapeutic action [9].

c. FDTs are easy to administer, dissolve in mouth and thus do not need water to be swallowed, they have simply turned up to be no less than a boon to geriatric, pediatric, mentally disabled and bed ridden patients [10] for whom swallowing hard tablets and capsules was troublesome.

d. Enhanced palatability and patient compliance due to good taste and obstruction free swallowing respectively, gives FDTs an edge over the traditional solid dosage forms which raise the risk of obstruction in airways while swallowing [9].

e. On manufacturer’s part, these FDTs are cost effective and bring in business avenue through product differentiation, line extension uniqueness and conventional processing and packaging equipments used in production process [10].

These benefits are good enough for the health care industry to recognize the significance of FDTs and the need for their development. The key idea behind the success of FDTs is the use of superdisintegrants [10]. These are the substances that provide FDTs, the characteristic fast dissolving property. A lot many synthetic as well as natural superdisintegrants such as Sodium Lauryl Sulphate (SLS), Crosscarmellose Sodium (CCS), Sodium starch glycolate (SSG), Crosspovidone (CP), isaphghula mucilage, banana powder, pectin, fenugreek gum, Plantago ovata husk and agar and so on have been widely used. Not just this, even the techniques used in the formulation process shows diversity. Right from conventional direct compression technique to improved drying, granulation, effervescence and sublimation processes, preparation of FDTs have employed them all smartly.

Surprisingly, it hasn’t been more than two decades and the concept of FDT technology has conquered almost all the therapeutic classes of drugs. From analgesics, antipyretics, and antimicrobials to those treating disorders of critical organs like liver, heart, brain, and kidney, FDTs have been formulated for each of these classes of drugs.

This paper aims to provide complete database for the status of FDT, whose preparation involves use of different superdisintegrants including natural as well as synthetic ones at different composition and, wide ranging techniques.

• Only research studies that involved formulation and evaluation of FDT using different superdisintegrants or different composition of super disintegrants.

• Formulation of FDTs for taste masking.

The characteristics of a drug intended for disintegration in mouth and pre-gastric absorption from solid dosage form include, free from bitter taste, 20 mg dose or less, small weight and good solubility in saliva. There are no specific limitations for the formulation of FDTs and this becomes a major reason for the wide range of FDT formulations that have turned to be promising candidates of advanced pharmaceutical industry. Formulated FDTs belong to different categories of drugs: analgesics, anti-inflammatory, gastrointestinal (GI) and antiemetic’s, antipsychotic, antimicrobials, antidiabetic, cardiovascular and antihypertensive, antiallergic, antiviral, anticancer, anti-respiratory and Central Nervous System drugs. Data from Table 1 shows majority of FDTs are formulated for NSAIDs, analgesics, GI drugs and cardiovascular drugs including antihypertensive drugs and least for antidiabetic and anticancer drugs as depicted in Figure 1. The enormous work in drug classes-analgesics and anti-inflammatory may be because of their wide application and low bioavailability through digestive tract and inconvenient route of administration of currently available dosage forms. FDTs resolve these issues aptly. Figure 1. Shows number of studies reported from 2001-2016, for FDTs formulation in dfferent category of drugs.

Superdisintegrants affect the rate of disintegration and high concentration of this causes change in taste, hardness, and friability of the tablets. Therefore, various instructions need to be followed while selecting superdisintegrants for formulation of a particular drug.

These instructions include rapid disintegration in mouth, compactness of tablet, good mouth feel and patient compliance. Superdisintegrants can be of natural origin or synthetic ones. Some of the commonly used super disintegrates are listed in Table 2.

Disintegrants are substances or mixture of substances added to the drug formulation so as to facilitate the breakup or disintegration of tablet or capsule content into smaller particles that dissolve more rapidly than in the absence of disintegrants. Superdisintegrants are generally used at a low concentration in solid dosage form, typically 1% to 10% by weight relative to the total weight of the dosage unit. Rapid disintegration of the FDTs is due to the penetration of saliva into the pores of the tablet, which lead to the swelling of super disintegrates to create enough hydrodynamic pressure for quick and complete disintegration of the tablet. Table 1 shows composition of different FDTs with varying super disintegrants. Majority of the studies (34 out of 42) as shown in Figure 2, used crosspovidone in different combinations. The most suitable concentration of crosspovidone used for the formulation of FDTs varies from 5% to 10% w/w. Figure 2. Shows that Use of different superdisintegrants in formulation of FDTs in published studies from 2001-2016.

The FDTs have potential advantages over conventional dosage forms. With their improved patient compliance, convenience, bioavailability, and rapid onset of action, they have drawn the attention of many pharmaceutical industries over a decade. The present study, for the first time provides complete database for fast dissolving tablet and their formulations. This study shows that majority of FDTs have been successfully formulated by direct compression method and evaluated for most of the classes of drugs with varying concentration of superdisintegrants. Most widely used superdisintegrants among synthetic and natural ones are crosspovidone and Plantago ovata respectively. A wide range of drugs (analgesics, anti cancer, GIT drugs, antimicrobial, antiviral, respiratory drugs, CNS drugs, anti allergic drugs, antidiabetic drugs etc) can be considered for this dosage form. The highest number hits NSAID, analgesics and cardiovascular drugs including antihypertensive drugs.